Why Do Houses and Buildings in Amsterdam Tilt Forward? 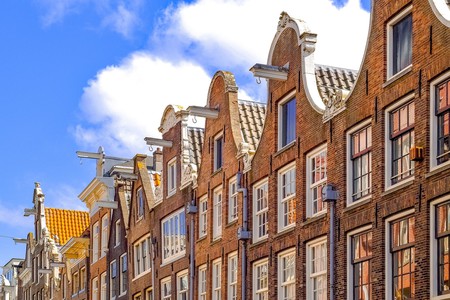 Visitors to Amsterdam may have noticed something peculiar about the city’s charming, canal side properties, as many of these historic houses tilt forward at an angle that seems rather precarious. This unusual architectural phenomenon is due to various environmental factors related to the city’s history and urban layout.

The largest concentration of tilting houses are found within Amsterdam’s 17th-century canal belt and many were built around the same time as these historic waterways. During this period, thousands of people immigrated to Amsterdam, which led to large scale building projects. As there wasn’t much space in the city, many of new homes were constructed on narrow plots of land that stretched between the canals.

Almost every house in this part of Amsterdam was built on top of long, wooden poles that were driven into the marshy ground beneath the city. Although these foundations are generally very stable, over time some houses shifted forwards, causing them to lurch over the canals. It is also possible that some of the poles in question weren’t quite long enough to reach the sandy, solid ground underneath Amsterdam’s topsoil, or decayed over the past four centuries due to changing water levels, thus skewing the houses’ foundations. 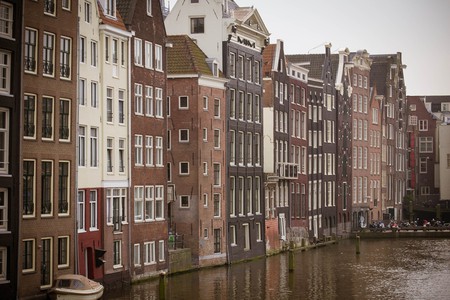 Most tilted houses are located alongside Amsterdam’s canals | © pixabay

Many of these houses have changed significantly over the years and some have even been given additional floors, which put extra pressure on their foundations. This added weight may have pushed formerly upright buildings slightly forward, creating a slanted facade. It is also worth mentioning that newer buildings in Amsterdam sometimes feature skewed exteriors and some were deliberately designed this way in order to preserve their surroundings’ appearance.

Even though Amsterdam’s angular houses may seem dangerous, they are perfectly safe and are usually supported by other, neighbouring buildings. Amsterdam’s local government also pays close attention to the city’s leaning houses and regularly surveys at-risk buildings. 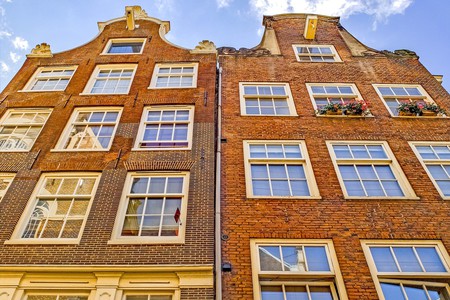