Where To Find British Food in Amsterdam 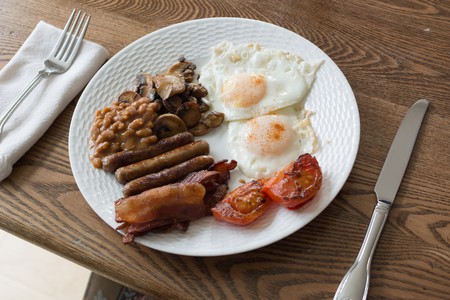 Despite the wide range of local and international delicacies on offer in Amsterdam, nothing beats chowing down on comforting British food whilst spending some time abroad. Fortunately, the great British kitchen is well represented in Amsterdam by several fantastic restaurants, delicatessens and takeout joints, which sell everything that a homesick traveller will need to quell their appetites.

While Waterstones isn’t usually associated with food in Britain, its shop in Amsterdam has a small section devoted to beloved British brands. Jars of marmite, packets of tea bags and hobnob biscuits can be found on its second floor, alongside stacks of English language literature. Waterstones’ staff are exceptionally helpful and many hail from across the channel.

Marks and Spencer has a surprising number of shops in the Netherlands, including an impressive department store in Den Haag that rivals the size of its larger British counterparts. Its location in Amsterdam mainly focuses on food and drinks rather than clothing or homeware, but nonetheless has plenty to offer for displaced Brits. Its shelves are lined with iconic British staples such as crumpets, cider and meat pies, as well as classic English fizzy sweets. 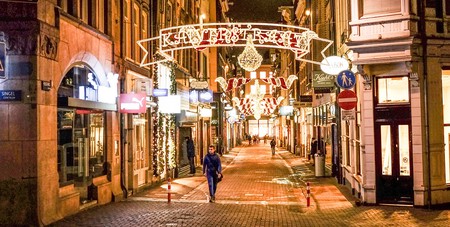 Eichholtz Delicatessen has been importing foreign food to Amsterdam for over 100 years and today is well known by British, American and Australian immigrants for its outstanding selection of international products. The shop is the best place in Amsterdam to pick up Kellogg’s cereal and usually has a wide variety of British biscuits in stock. More niche products like tinned curry sauces or British pickles are also available at Echholtz Delicatessen.

There are several late night off-licenses in Amsterdam that stay open well after regular supermarkets. Although Sterk Avondverkoop certainly falls within this category of retailers, its range is significantly wider than most of its peers. The shop imports drinks from all over the world and has many delicious British beverages, including genuine West Country Cider, cloudy Stout and fiery ginger beer. 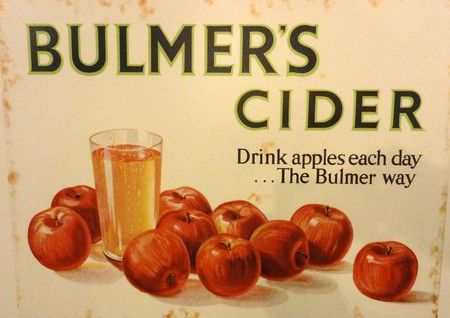 The Old Bell on Rembrandtplein resembles an old-school British pub, complete with bronze bar taps and brown, wooden furnishings. Its kitchen is open throughout the day and serves up classic British meals that are perfect for breakfast, lunch and dinner. Several English meat pies are available at the Old Bell during dinner time alongside generously sized portions of fish and chips.

As its name suggests, The Chippy is dedicated to traditional, British-style fish and chips. Guests can choose between beer battered and grilled fish or opt for other classic takeaway food such as crispy sausages, homemade pies and chicken goujons. The Chippy certainly knows its clientele and apart from its main dishes also serves mushy peas, pickled eggs and deep-fried Mars Bars. 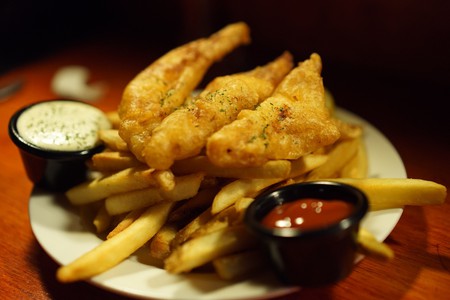 The Chippy's menu is devoted to British fish and chips | ©Pixabay

Greenwoods serves full English breakfast all day, as well as more adventurous takes on this British staple, meaning that late risers can enjoy a plate of fried eggs and bacon well after midday. Greenwoods’ cake menu is inspired by classic English cream teas and features homemade scones, apple crumble and carrot cakes that can be devoured alongside a cup of milky tea or an elderflower cocktail.

Although the Butcher isn’t strictly speaking a British restaurant, its menu features a number of excellent fried dishes that recall the finer side of the United Kingdom’s takeout cuisine. The restaurant cooks up a large variety of delicious burgers and mainly uses primes cuts of Aberdeen Angus beef. Besides these tasty sandwiches, the restaurant also serves a mouthwatering battered blue cod filet with thick cut chips and tartare sauce. 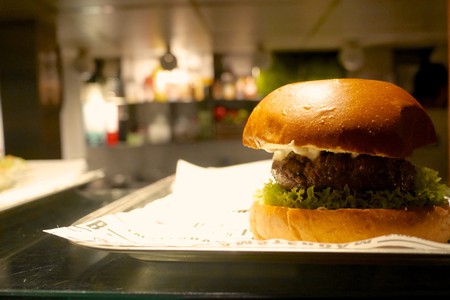