Where to Drink in Amsterdam-Oost 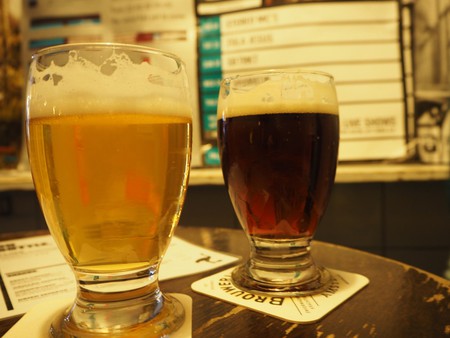 Amsterdam-Oost has bars in spades. This eastern neighborhood is quickly becoming the trendiest part of the city, and its bustling nightlife captures the effortless sense of cool, comfort and cosmopolitanism that is synonymous with Amsterdam‘s cultural landscape as a whole.

Brouwerij ‘t Ij is probably the most iconic watering hole in the east of Amsterdam. This independent brewer carved out its main plant inside of an enormous windmill and sells its wares from an intimate tasting room built underneath this monumental machine. The brewery’s beers are absolutely delicious and can be bought alongside a tasty platter of traditional Dutch pub snacks. 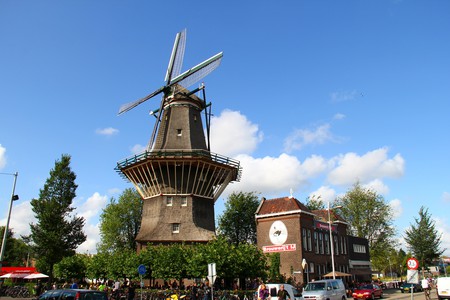 Studio K is a student-run organization that mainly employs young people that are still enrolled at university. The bar is part of a larger cultural center that features a two-screen cinema and an underground concert hall. Its main seating area has an open-plan layout and leads onto an enormous terrace that is covered in sun-bleached vintage furniture. Studio K stocks a large selection of local and imported beers, including brews from Brouwerij ‘t Ij.

Roest has an unconventional style that fuses industrial aesthetics with colorful, almost kitsch design. The bar is part of a larger complex that was originally used as a shipyard. Today, this site has been converted into a cultural center, and the warehouses around Roest regularly host parties, concerts, and pop-up fairs. Everything inside Roest looks handmade, recycled, or repurposed, giving the bar a distinctive DIY charm that matches its laid-back ambience. 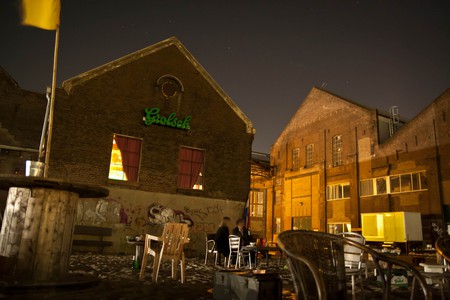 Drinking a cocktail at Canvas is a remarkable experience. The bar is situated on top of an 70-meter-high hotel that overlooks central Amsterdam. Many of the city’s iconic buildings are visible from this height, including the A’DAM Toren, Zuiderkerk and the Hermitage Museum. After dark, Canvas transforms into a hip club that plays music well into the early morning.

Looking to sample some local liquor on your next trip to Amsterdam? Make sure to stop by this wonderful distillery located in the heart of Flevopark. This intimate establishment is housed inside of an old pumping station that was originally used to drain water from Amsterdam’s eastern marshlands. There’s a huge variety of local delicacies on offer at Distilleerdij ‘t Nieuwe Diep and the distillery is renowned for its artisanal jenever. 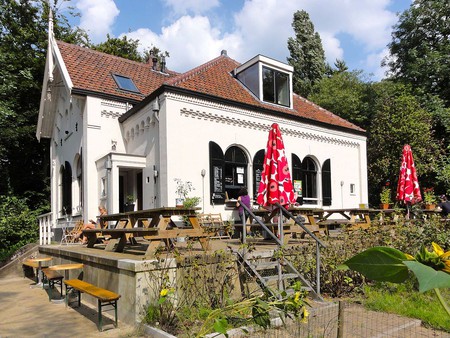 This cosy spot is tucked behind Oosterpark on small road that leads towards de Pijp. Its cavernous entrance channels into a narrow, yet spacious seating area that resembles a large living room. All of the tables and chairs inside this lounge are secondhand, and most are actually for sale. De Ruyschkamer has an impressive drinks menu and sells several international favorites, including Club Mate and Bundaberg Ginger Beer.

Bar Bukowski is named after the famous, alcohol-loving American poet, and honors its namesake by hosting lively parties every weekend. The bar is spread over two intimate rooms and also contains a large mezzanine that looks over its main seating area. Its drinks menu mainly features beers created by local and international craft breweries alongside a fantastic selection of gin and tonics.

Bar Bukowski owes its name to the famous writer Charles Bukowski, who wrote the legendary words: ”If something bad happens, we drink. If there is something to celebrate, we drink. If nothing is really happening, we drink to hope for something to happen.” So always a good reason to drink, especially at one of the best bars in Amsterdam, any time of the day!