Where to Buy Delftware Pottery in Amsterdam 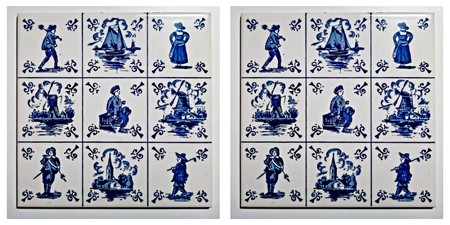 Potters in the Netherlands have been producing beautifully decorated, blue tinged earthenware called Delftware since the 17th century. This type of ceramics is highly prized by collectors, due to its historical significance and association with traditional Dutch design. This style of pottery is also very popular among visitors to the Netherlands and can be found at several specialist stores throughout Amsterdam.

This family run antique store has a huge collection of traditional Dutch items, including silverware, clocks and glasses. Furthermore, Kramer Kunst & Antiek is a certified Delftware trader and has an entire section dedicated to beautiful, ceramic tiles that date back to the 17th century. Its showroom on Prinsengracht is itself a marvel of Dutch design and is built inside a typical, Amsterdam townhouse.

Royal Delft is the oldest surviving producer of Delftware and has been casting pottery since 1653. Although the organisation is based in Delft, it has a satellite store in Amsterdam, underneath a famous clock tower near the flower market. Apart from authentic pottery, this showroom also allows guest to watch craftspeople at work and offers a short audio-visual guide covering the origins and history of Delftware. 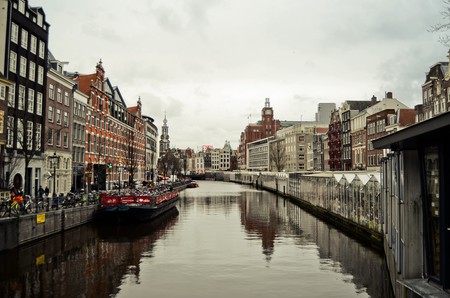 Located in the heart of Amsterdam’s art district on Nieuwe Spiegelstraat, this renowned studio has been selling authentic Delftware since the 1881 and is among the most reputable antique dealers in the Netherlands. Aronson Antiquairs‘ impressive collection always includes handmade pots, vases, tiles and plates created by Dutch craftspeople as well as other examples of fine pottery from Asia and Europe.

Old and new Delftware is available at this specialist souvenir store on Prinsengracht alongside other traditional Dutch products. The showroom is open seven days a week and is only a short distance away from Amsterdam’s city centre – making it perfect for travellers looking for a special item to remember their time in the Netherlands. 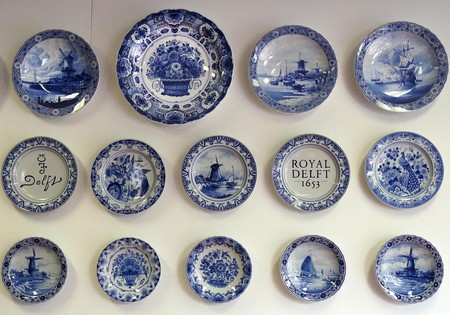 Jorrit Heinen has the largest collection of Delftware in Amsterdam and sells a wide spectrum of beautiful ceramics ranging from classic vases and tiles to modern jewellry and teapots. These wonderful, blue items are mostly handcrafted and Jorrit Heinen stocks a large quota of authentic Royal Delft pottery.

While obviously outside of Amsterdam’s municipal limits, the city of Delft isn’t actually very far from the Dutch capital and was historically the main producer of Delftware. For obvious reasons, there are significantly more Delftware traders in the city than in Amsterdam — many of which are still attached to active pottery workshops. 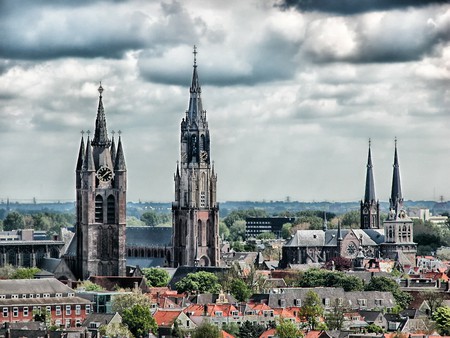 Delft | © Pixabay
Give us feedback