What's On in Amsterdam This Month 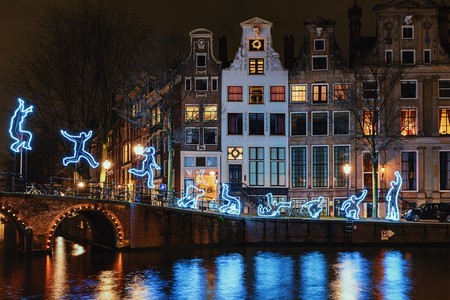 During the final month of the year, Amsterdam’s cultural calendar becomes noticeably more festive, in anticipation of the holiday season. As always, we’ve gathered the best events taking place in the city this month, which include several Christmas markets, an open-air light festival and the city’s New Year’s Eve celebrations. 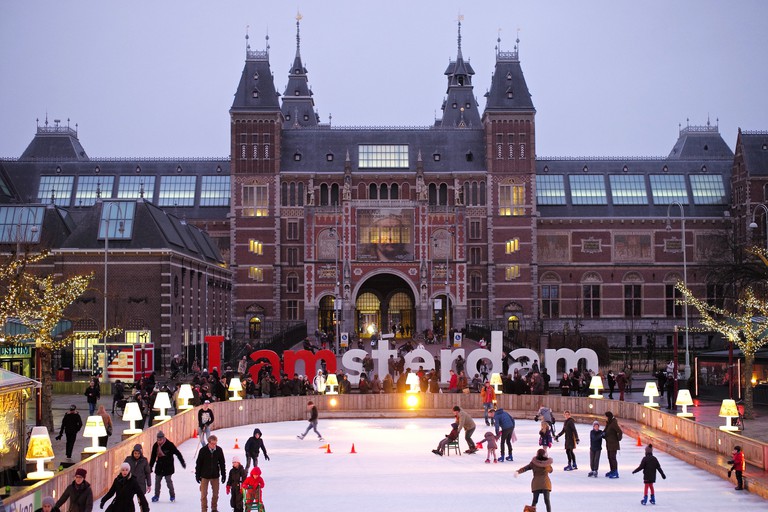 Ice-skaters on the temporary rink outside the Rijksmuseum, Amsterdam | © Roman Boed / Flickr

During the colder months of the year, an open-air ice rink appears on Amsterdam’s Museumplein, on the southern side of the Rijksmuseum. This popular attraction looks like a Christmas card come to life, thanks to its stunning location and wintery charm. Ice skates are available to hire on-site and several festive stalls surround the ice rink and sell a range of Christmassy gifts and snacks.

Between late November and January every year, dozens of fluorescent artworks are installed on Amsterdam’s canals for the Amsterdam Light Festival. These artworks are largely site-specific and often employ light to accentuate Amsterdam’s built environment in various ways, for instance, by illuminating its bridges or docklands. Although all the artworks are visible from dry land, for the best views, it is worth hopping aboard a boat tour tailored around the festival.

Get in the holiday spirit by heading over to one of Amsterdam’s Christmas Markets. Like other Christmas Markets in the Netherlands, these winter attractions sell goods commonly associated with the Dutch festive season, including cookies laced with wintery spices called speculaas and special, deep-fried doughnuts known as oliebollen. Gifts and souvenirs are also present, ranging from wooden toys to handmade jewellery. The largest Christmas Market in Amsterdam stands on Rembrandtplein, but others are also found on Leidseplein and Museumplein.

Movies that deal with queer and migrant experiences take centre stage at this film festival, which is held in Amsterdam as well as other nearby cities. During its weeklong run, the festival screens a full program of feature-length movies and shorts created by international filmmakers, whose work focuses on queer individuals’ and communities’ stories from around the world. Aside from screenings, the festival will also involve talks, dinners and workshops. Tickets: €9.00 (per event) 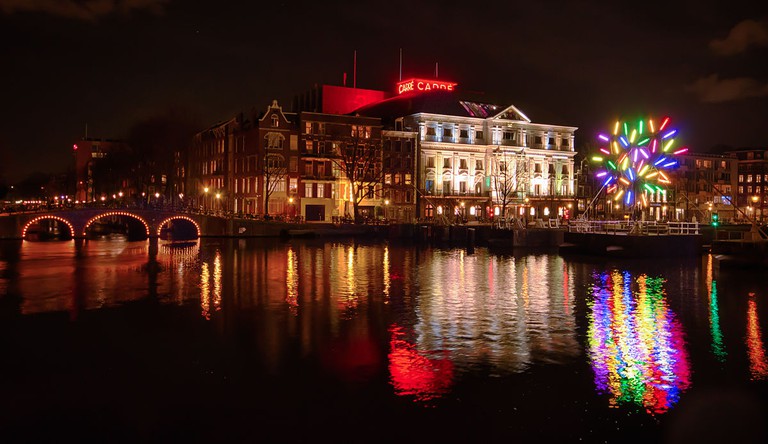 This long-running Christmas circus takes place at Amsterdam’s prestigious Royal Theatre Carré every year over three weeks between the end of December and early January. The elaborate shows centre around dazzling acrobatics and daring stunts, executed by esteemed circus performers. This year, the World Christmas Circus will celebrate the 250th anniversary of the circus’s adaptation into an art form by Philip Aster, by staging several special equestrian performances, involving death-defying feats of horsemanship. Tickets: €20.50 to €72.50

This annual art fair showcases work by up-and-coming and established artists side-by-side, creating space for the public to experience contemporary artwork ranging from paintings to performance pieces. Around 120 artists will present their work at the fair and many items are available for purchase. In addition to its main exposition, This Art Fair also organises talks and masterclasses concerning cultural entrepreneurship. Tickets: €14.50 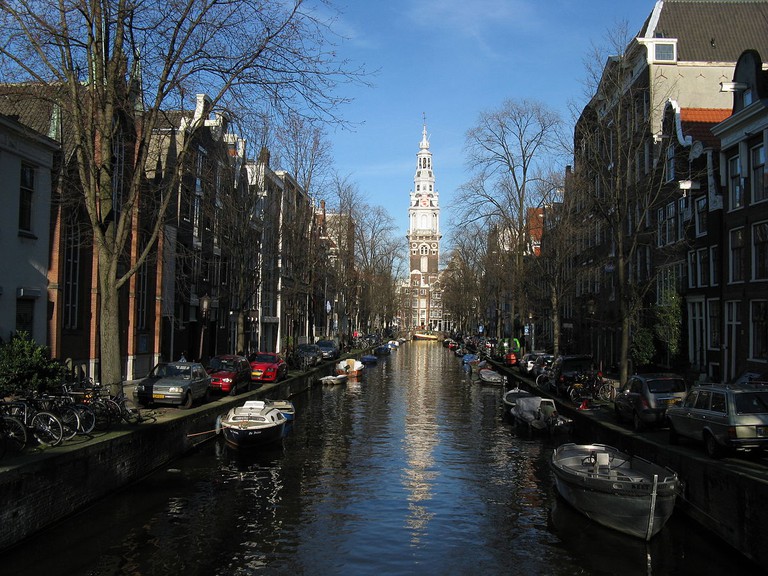 During this banquet-slash-theatrical spectacle, guests are seated around 120 metre-long tables, upon which gourmet meals are served and performances conducted. Over the course of the evening, actors, musicians and dancers climb onto the aforementioned table, where they then stage shows ranging from R&B operettas to choral singing. After their plates are cleared, guests are invited to continue the festivities by sticking around for a silent disco. Tickets: €46

As you might expect from a city well-known for its nightlife, Amsterdam hosts a wide range of events during the final night of the year. Almost every pub, bar and club in the city will have something special lined up for the 31st, usually involving music, booze and bucket-loads of party poppers. There’s a huge fireworks display near Centraal Station, too, which illuminates the entire city at the stroke of midnight. 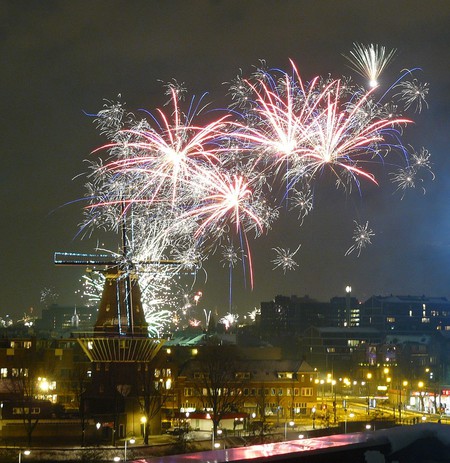