What's on in Amsterdam in May

As summer approaches, Amsterdam’s cultural calendar begins to feature an increasing number of outdoor events. For instance in May, the city will host several al fresco food fairs, the first performances at Vondelpark’s open-air theater, and Het Lente Kabinet music festival in Het Twiske forest. There are also plenty going indoors in Amsterdam, including concerts and exhibitions. 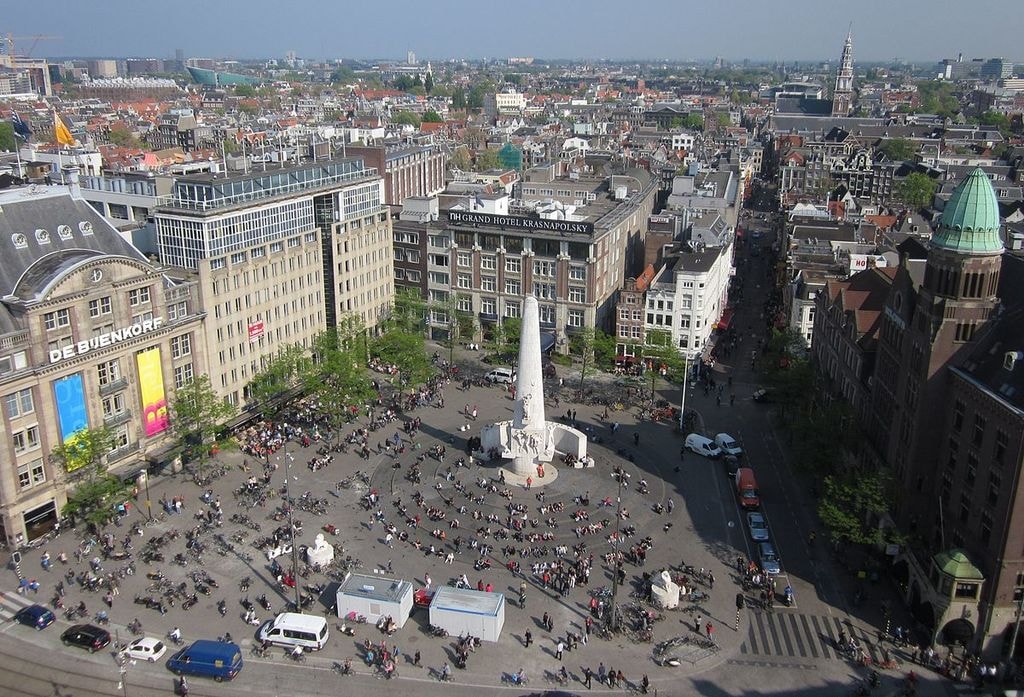 May 4th marks Remembrance Day in the Netherlands, a nationwide memorial day where people collectively mourn for the civilians and troops who died during wars over the past century. Many memorial services are held throughout the Netherlands on May 4th at places like Dam Square in Amsterdam or Waalsdorpervlakte in the Hague.

On May 5th, the Netherlands celebrates the end of World War II and the German Occupation. Spots around Amsterdam host special events during the day to commemorate the Netherlands’ liberation and honour the people that lived through the conflict. The day ends with an outdoor concert on the River Amstel near the Royal Carré Theatre, which takes place on a floating stage. 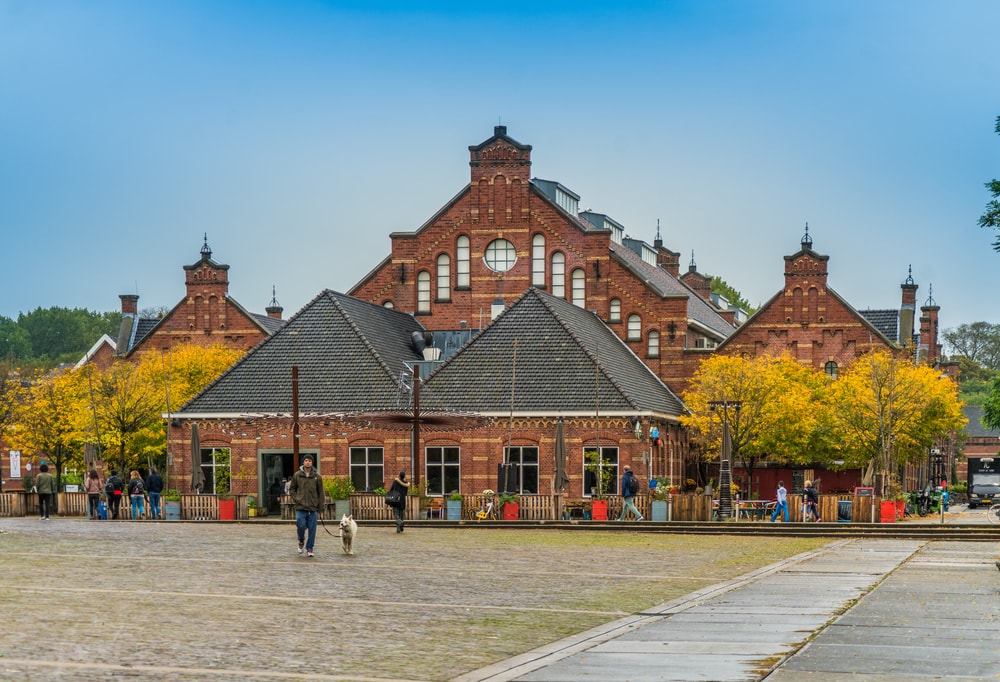 From April to July every year, Amsterdam’s Nieuwe Kerk displays work from the winners and nominees of the annual World Press Photo Contest. The competition ranks among the most prestigious photography contests in the world and awards prizes to groundbreaking, contemporary photojournalists. After its debut at Nieuwe Kerk, the exhibition starts a cross-continental tour and appears in 99 other cities around the globe.

📅 Saturday May 9th to Wednesday May 13th

This annual culinary festival essentially turns Amsterdam’s Westergasfabriek into an enormous open-air food court. During the event, dozens of food trucks roll into town then set up camp in Westergasfabriek in order to share their signature dishes with hungry foodies. There’s always an incredible variety of street food-style fare on offer at the festival, ranging from freshly baked pizzas to gooey stroopwafels. The festival also features live musical performances and is completely free to enter. 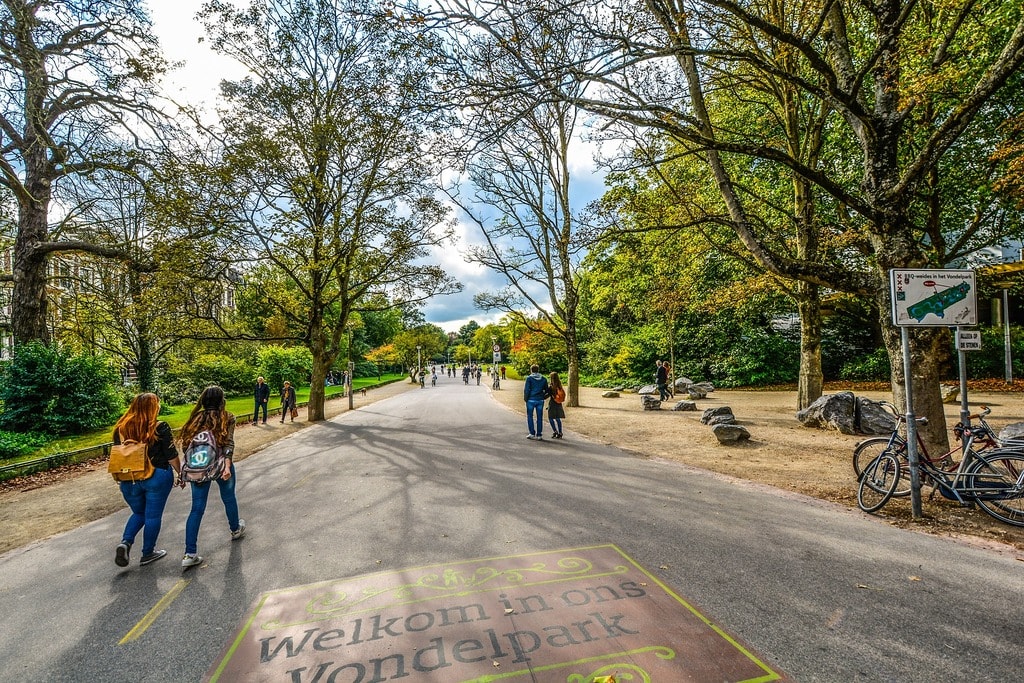 The entrance to Vondelpark | © kirkandmimi / Pixabay

Vondelpark’s Open Air Theatre begins its summer program in early May and hosts performances throughout the season, before its final curtain call in September. The theatre lies in the centre of the park and organises around five musical, theatrical and dance pieces every week. Although these performances are always free, the theatre appreciates donations from audience members. 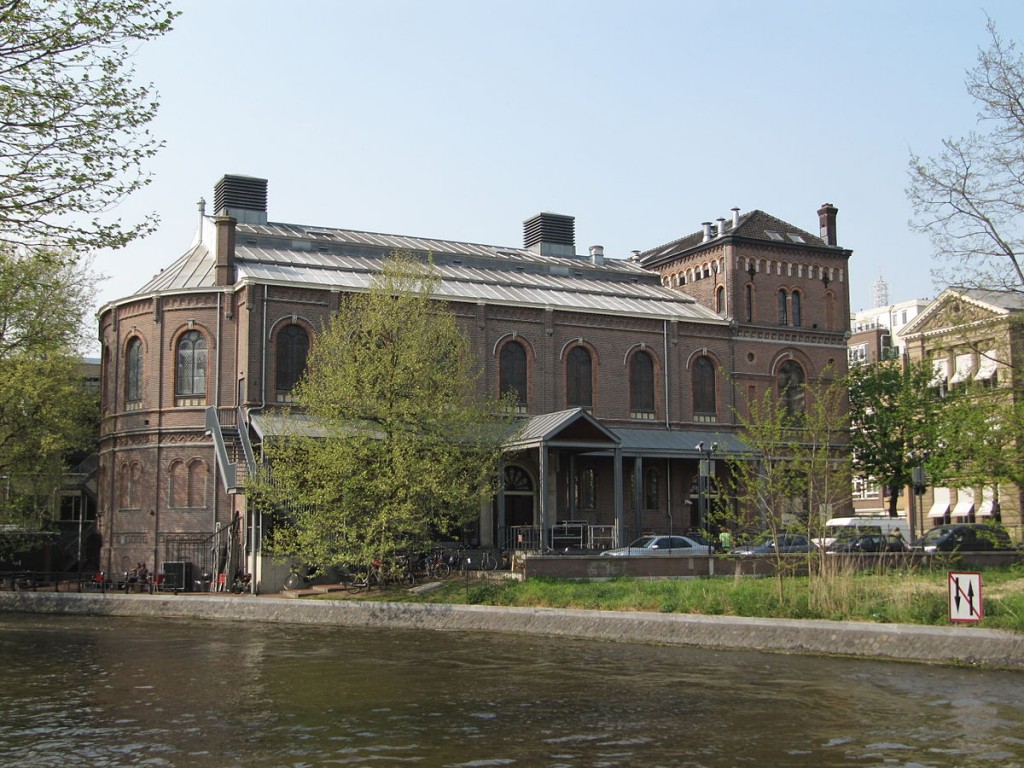 During this international beer festival, craft brewers from around the world present their wares and party alongside other beer  aficionados. The festival takes place in Amsterdam’s largest outdoor ice rink, Jaap Eden Baan, which is converted into an expansive open-air venue for the event, complete with beer tents and food stalls. The festival also includes spots dedicated to bar games like beer pong or shuffleboard as well as stages where musicians perform throughout the day.

Friday May 25th to Saturday May 26th

Every six months Amsterdam’s Paradiso hosts a two-day, indoor alternative music festival called London Calling. The event’s program mainly revolves around indie rock music but also leaves space for other genres like hiphop, funk and pop. Around 20 bands and solo artists perform during the festival at several stages inside Paradiso.

📅 Saturday May 6th to Sunday May 27th

Amsterdam’s summer music festival season kicks off in late May with Het Lente Kabinet. The festival takes place in an expansive forest outside Amsterdam-Noord called Het Twiske, and always features a stellar line-up of international musicians from the worlds of disco, house and techno. The festival’s program is divided over two days and it is possible for guests to purchase weekend passe-partouts or daily tickets. Although the festival doesn’t offer accommodation, there are several campsites located nearby and other indoor lodgings available at hotels around Amsterdam-Noord.