What Was Tulip Mania in the Netherlands?

During the early 17th century, tulips became an important part of the Dutch economy, leading to one of the first speculative bubbles in human history. This strange, yet decisive moment in Dutch history is commonly called ‘Tulip Mania’ and led to an infamous economic crash.

Although tulips are commonly associated with the Netherlands, they actually originated in the Middle East and were brought to Europe around the 16th century. Famed Flemish botanist Carolus Clusius was among the first to cultivate the flowers and grew large crops of tulips in the University of Leiden’s botanical gardens between 1593 to 1609.

The flower’s intense, varied colors captivated wealthy Dutch people and tulips served as a status symbol for individuals that could afford them. As the most popular types of tulips, which blossomed with stunning, mosaic like petals, took years to cultivate, they became an extremely valuable commodity for traders. 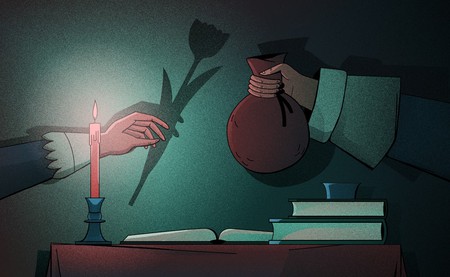 At around the same time that tulips entered the market, the Dutch were developing advanced financial institutions which laid the ground for modern, speculative trading. Instead of working with actual goods, traders in this industry exchanged future contracts, which allowed people to produce, then deliver assets at a later date. Although these types of agreements meant that tulip farmers could grow yields according to demand, it also let traders buy large, abstract amounts of bulbs that didn’t actually exist.

By 1637, the price of tulip bulbs skyrocketed in response to the market and at one point some specimens could fetch more than ten times the average annual household income in the Netherlands. Many tulip traders never actually saw the commodities that they were exchanging, but nonetheless continued buying and selling tulips at extraordinarily high prices. In February 1637, the bubble finally collapsed and future contract prices fell dramatically, leaving many traders bankrupt.

Although it is difficult to discern the reasons behind this collapse, due to patchy historical evidence, it is commonly believed that Tulip Mania came to a grinding halt because of poor financial regulations, coupled with unrealistically high market prices (that outweighed the flower’s intrinsic value as an asset) – serving as an early example of a speculative bubble.