What to Pack for a Trip to Amsterdam 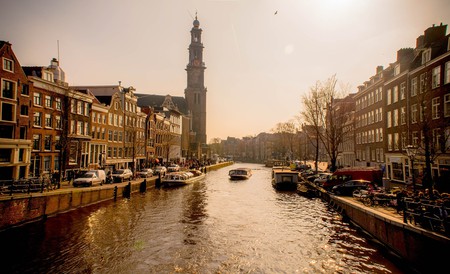 Whether you’re only in town for a weekend or planning a longer stay in Amsterdam, it’s always worth thinking ahead and deciding what to pack for your trip before your departure date. From suitable ID to noise-cancelling earplugs, here are 10 essential items that you’ll need in Amsterdam.

If you’re planning to stay in Amsterdam’s city centre, it’s worth packing a good pair of noise-cancelling earplugs to ensure you get a good night’s sleep. Due to its enduring popularity, noise levels in the inner city remain high until well after midnight, even during weekdays, and spike at around 1am when pubs and coffeeshops close for the night. There’s often noise in the morning, too, due to traffic and construction work.

Most supermarkets in Amsterdam don’t accept anything other than Maestro cards, meaning that Visa and Mastercard users might encounter some trouble when buying groceries. As smaller businesses like restaurants, bars and cafés have similar policies regarding credit cards, it is wise to carry cash when you’re out and about. Don’t worry too much, though, as there are plenty of ATMs scattered around Amsterdam that usually don’t charge service fees. 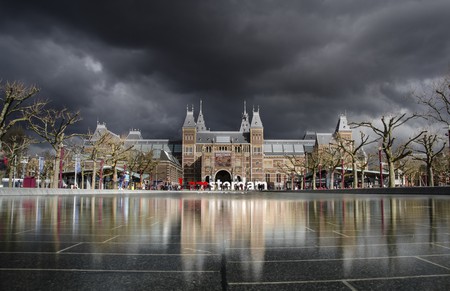 If you’re going to spend more than two days in Amsterdam, chances are it is going to rain. With this in mind, it is smart to prepare for sudden downfalls and pack several items of waterproof clothing. Having a decent pair of boots and a rain mac on hand, for instance, can make all the difference during otherwise rained-out days, giving you the courage needed to brave the elements and step outside to see the sights.

Backpacks are handier than wheelie suitcases

When possible, avoid bringing wheelie suitcases altogether, as these seemingly handy items don’t fair well on Amsterdam’s narrow, cobbled streets and tend to require a lot of space to manoeuvre (which isn’t really available in the city centre). Instead, consider loading your luggage into a good backpack, especially if you’re only in town for a few days. 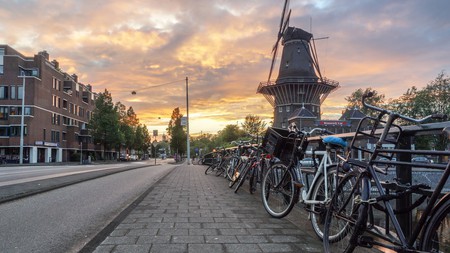 Even though its streets rarely rise above sea level and are, therefore, essentially flat, walking around Amsterdam for prolonged periods of time can play havoc on the feet. Avoid blisters and bruises by bringing along a well-worn-in pair of sneakers or boots. Riding a bike also calls for decent footwear with good calf support, as pedalling around Amsterdam gets tiring rather quickly if you aren’t equipped with comfortable shoes.

Bring along a travel adapter for your devices

Like most other countries in the EU, power sockets in the Netherlands have two prongs. For obvious reasons, if you’re travelling with electronic devices that have other kinds of plugs, it is wise to buy a travel adapter before heading to Amsterdam. Forgot to purchase one before your flight? Look out for HEMA stores when you arrive in Amsterdam, as they usually sell universal travel adapters for a reasonable price. 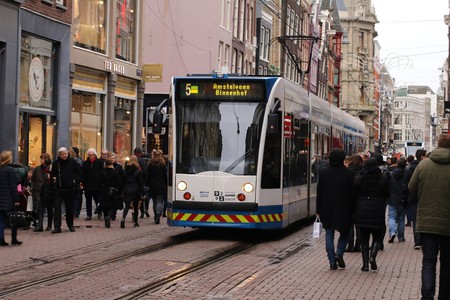 With an OV-chipkaart you can hop on buses, trams and metros without hassle | © gerarddm / Pixabay

Purchase an OV-chipkaart when you arrive

Although you can’t really buy an OV-chipkaart before arriving in the Netherlands, it is still worth mentioning this handy travel card, due to the convenience it provides travellers. An OV-chipkaart in Amsterdam functions almost exactly like an Oyster card in London, allowing holders to top up their travel credit at transport hubs, then jump on buses, trams or metros without buying single-use tickets. The cards are available from ticket machines at most railway stations, including Schiphol Airport and Amsterdam Centraal Station.

Fend off mozzies with mosquito repellent

From early spring until mid-autumn, mosquitos go nuts in Amsterdam. These annoying critters seem to love the city’s canals and tend to target buildings that are located near waterways (i.e. basically every apartment in central Amsterdam). Thankfully, the mozzies in Amsterdam don’t carry diseases, but are nonetheless a massive nuisance, especially at nighttime. If you’re prone to bites, it is worth packing some form of mosquito repellent. 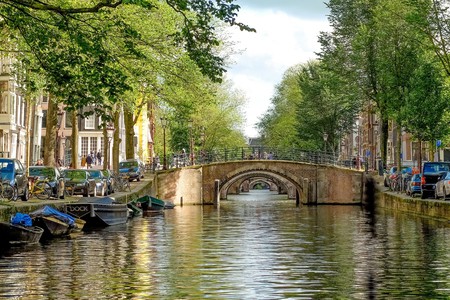 Though beautiful, Amsterdam's canals are notoriously confusing to navigate and make the city feel like a circular maze | © djedj / Pixabay

Avoid getting lost by consulting a map

Whether it is displayed on your phone or printed on paper, it is advisable to consult a map before exploring Amsterdam. The city has a notoriously confusing layout, thanks to the multi-tiered, concentric canal belt that curves around its oldest neighbourhoods. Although pretty much everyone gets lost when they first venture onto the canals, identifying key landmarks and streets beforehand will help you find your bearings much more quickly.

In the Netherlands, everyone is required to carry some form of official identification at all times, such as an EU ID card, passport or driver’s license. Although it is unlikely to happen, police officers can fine individuals if they fail to present identification on request, for instance, when they are questioning bystanders who have witnessed a crime.