What to Do On a Rainy Day in Amsterdam 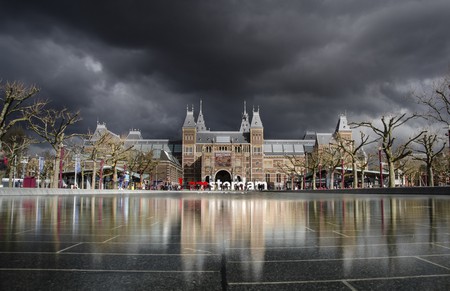 Due to the city’s oceanic climate, it is rare for sunny spells in Amsterdam to last more than a week without being interrupted by rainfall. Thankfully, though, there are many indoor or covered attractions in the city that aren’t affected by downpours and may even become more appealing during drizzles, showers or storms.

Jump aboard a covered canal cruise

While open-air canal cruises are among the best ways to experience Amsterdam’s historic waterways, this type of tour becomes considerably less appealing during heavy rain. Fortunately, Amsterdam’s tour operators are well-aware of the city’s tempestuous weather patterns and many offer cruises onboard covered boats. For instance, Blue Boat Company owns a number of waterproof vessels that feature wide panoramic windows and set sail throughout the day. Rain-weary travellers can also join one of the city’s many culinary cruises, which include excursions that offer candlelight dinners and a popular weekend expedition, run by G’s Really Nice Place, where passengers are served brunch and Bloody Marys. 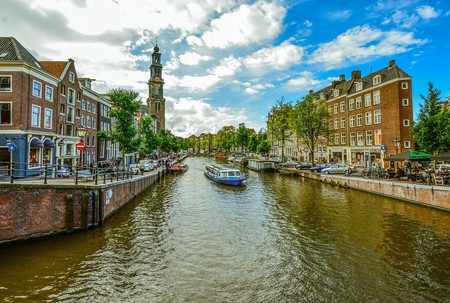 Catch a movie at an arthouse cinema

Almost every independent cinema in Amsterdam is housed inside either an architecturally stunning or historically significant building. For instance, The Movies on Haarlemmerdijk started screening flicks in the early 20th century and still features its original art deco fittings, whereas the EYE Film Institute in Amsterdam-Noord ranks among the most celebrated examples of post-modern architecture in the city and regularly hosts premieres, special events and film festivals. There are many other popular cinemas in the city, where visitors can take refuge from the rain, drink a beer and enjoy the latest arthouse movies, including places like Kriterion, Studio/K and Ketelhuis (to name a few). 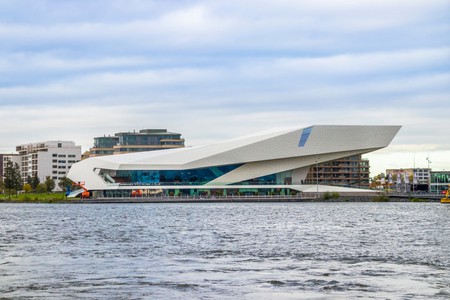 It is easy enough to spend entire afternoons relaxing inside de Hallen, thanks to the many different hotspots located inside its walls. The complex essentially serves as an all-in-one cultural hub and contains dozens of boutique stores, an arthouse cinema, a public library and an expansive food court where hungry visitors can chow down on street food-style meals ranging from fresh sushi to gourmet hotdogs. As de Hallen originally housed Amsterdam’s principle tram depot, it is steeped in history and features many visible reminders of its industrial past. 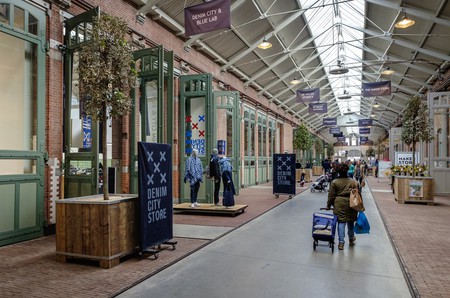 Even though it is always worth visiting the Rijksmuseum, regardless of the weather, there is something special about exploring its halls while sheltering from the rain. Its collection is large enough to justify afternoon-long visits and anyone caught in the rain has an excellent excuse to spend some extra time wandering through its galleries. The museum owns many world-famous artworks and has several masterpieces on permanent display including Johannes Vermeer’s The Milkmaid and, of course, Rembrandt’s The Night Watch, which hangs in its full glory inside a custom-built gallery. The Rijksmuseum also hosts fascinating temporary exhibitions throughout the year, which delve into specific aspects of Dutch, European and global cultural history. 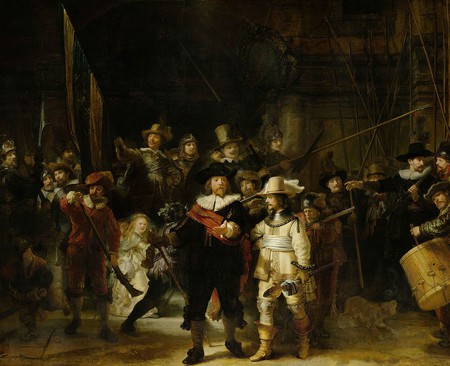 Relax with a beer

As there are literally hundreds of cosy pubs, bars and cafes in the city, finding somewhere to relax and wait for the rain to pass is rarely difficult in Amsterdam. Pubs in Amsterdam also tend to stock many different brands of beer and often keep local craft brews on tap. Though there are far too many charming watering holes in the city centre to count, anyone interested in the local craft scene may want to check out Proeflokaal Arendsnest on Herengracht, which exclusively serves beers produced in the Netherlands or de Gollem on de Ramstraat, which keeps over 270 brews behind its bar. 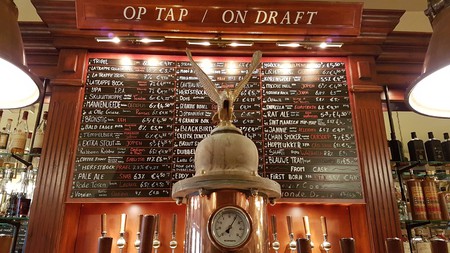