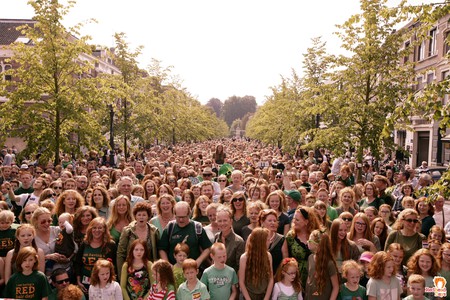 Every September for the past decade, the charming city of Breda in the Netherlands has hosted the largest gathering of redheads in the world – an event known as RedHead Days. Tom Coggins spoke with four participants at this year’s festival to hear about their experiences.

People from all over the world attend the festival including many redheads from beyond Europe. Katherine, for example, heard about the event while in New Zealand and decided to make Breda the first stop on a larger trip across Europe. She told us that she had already made new friends on the continent over the weekend and intended to return to the Netherlands after visiting other countries such as France, Spain and Germany.

Events take place throughout Breda during the festival, including speeches, lectures, night time parties and an enormous group photo shoot. Aside from this official program, many participants take it upon themselves to organise spontaneous activities such as outdoor dance classes. Katherine reported that every morning, a Scottish man dressed in a kilt would serenade campers with his bagpipes: ‘It wasn’t an event, he just turned up and suddenly started playing.’

After speaking to other attendees, it became clear that many people saw the festival as a social event that allowed them to meet new and interesting people. One guest from Germany named Alex explained that he invited some friends to last year’s RedHead Days and after they declined, decided to drive to the Netherlands by himself anyway, partly to experience travelling independently. ‘I have to say that before then, I never went to the cinema or bars alone because I felt a bit odd going without anyone else. But since then, I have travelled more by myself.’

Every interviewee expressed that camping was one of the main highlights of the festival and that every evening, people would gather around a campfire to socialise. According to one young woman from Belgium called Emilie, discussions would often broach onto the subject of bullying and discrimination directed towards redheads. She explained that ‘it is happening everywhere. Everybody got bullied when they were children, it is so sad and disturbing.’

Emilie emphasised that red haired women are often told that they are special, but nonetheless experience discrimination such as name calling. She pointed out that even though red hair is currently very popular – something she called the Emma Stone Effect – and is often seen as a desirable trait, many natural redheads didn’t have easy childhoods. ‘It is crazy, people were bullied and now it’s popular and everybody wants it.’ 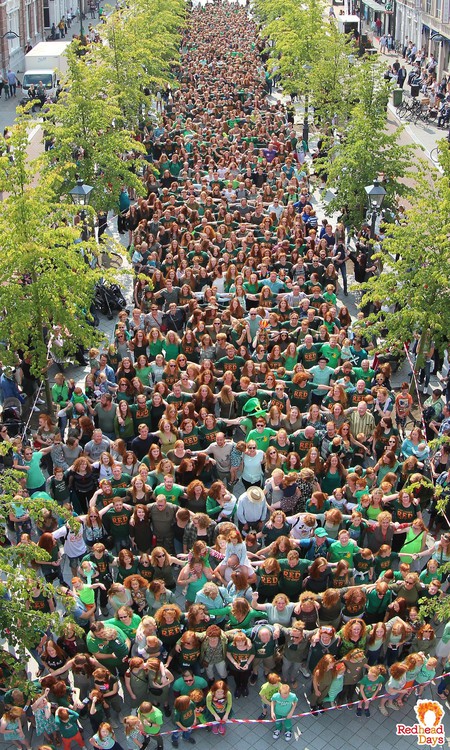 She went onto mention that some non-red haired men attend the festival in order to specifically meet red haired women. Emilie clearly objects to this type of behaviour, and summed up her issues with these men by stating: ‘hair color is not a basis for a relationship.’

The festival actually started out as a female only event, but adopted a more inclusive policy after its first year. It all began when a Dutch artist called Bart Rouwenhorst posted an advertisement for female redheads in a local newspaper in order to find models for an art project he was working on. Although Rouwenhorst only expected a handful of participants, he received over 150 responses and soon realised that this gathering could make it into the Guinness Book of World Records.

One longtime festival-goer called Jeroen told us that he contacted Rouwenhorst after this first event to suggest that it would be easier to break the world record by including male redheads. Jeroen also recounted that for the first few years the festival was held in order ‘to get the record a little bit higher’, but soon people started to enjoy simply getting together and seeing familiar faces. ‘For me, it is more of a social event, it is not about how many people anymore. I look forward to it every year because it is one of the best weekends to meet people.’