What Are the Jezuïetenberg Tunnels, And Why Are They Covered in Art? 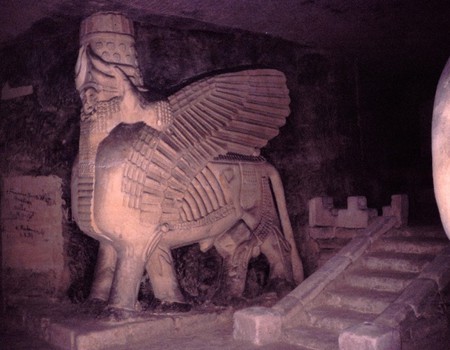 A statue of a cherub inside the Jezuïetenberg Caves | © Otter / WikiCommons

A series of mysterious caves lies just outside the Dutch city of Maastricht, which contains dozens of unusual statues, reliefs and frescoes inspired by seemingly unrelated cultures from around the world. This strange monument was created by several generations of Jesuits, for reasons that aren’t entirely clear.

The caves in question are located roughly five kilometres away from Maastricht’s historic centre and are collectively known as the Jezuïetenberg Tunnels. Unlike most other Dutch cities, which stand on flat ground barely above sea level, Maastricht developed amid the hills and mountains that run through the most southerly parts of the Netherlands. Over the centuries, hundreds of underground quarries and passageways were constructed beneath the city in order to provide its residents with building materials. Jezuïetenberg, for instance, was excavated at some point before the 18th century, almost certainly because it contained large deposits of limestone. 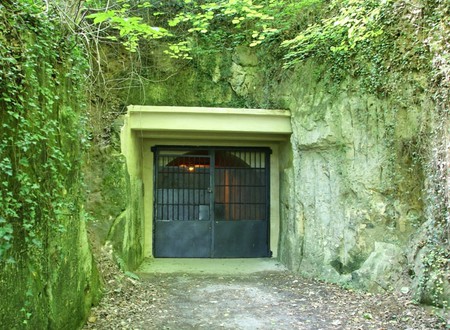 The entrance to the tunnels | © Otter / WikiCommons

In the mid-19th century, an order of Jesuits based near Maastricht began exploring the tunnels, which had since been abandoned by miners, and gradually converted these subterranean passageways into workshops and galleries, where they could practice artistic pursuits. They mainly ventured underground during their free time on Wednesday and honed their given skills by chiselling, painting and carving the stones found within the tunnels. The Jesuits maintained this pastime for over a century, creating artwork after artwork inside the caves until they were expelled from the region by the Nazis during World War II. Although they returned after the war, the Jesuits eventually departed Maastricht in 1968, leaving their artworks in the care of another organisation called the Jezuïetenberg Foundation. 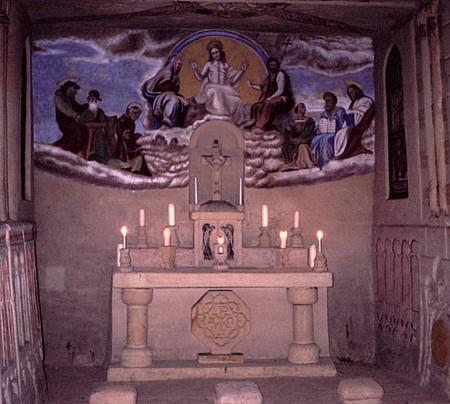 A chapel built inside the tunnels | © Otter / WikiCommons

While there are many examples of Christian and secular artworks in the tunnels, many of the Jesuits’ creations depict figures, motifs or scenes drawn from other religions. For instance, statues of Buddha and Hindu deities stand within eyeshot of reliefs portraying Jesus, the nativity and the Virgin Mary inside the caves. Pieces based on ancient masonry are also presented, including an enormous stone head carved into the likeness of Egyptian Pharaoh, Ramses II and two towering sphinx-like cherubs, which resemble the sentinels that once stood outside the palace of Sargon II, King of Assyria.

A statue of a cherub inside the Jezuïetenberg Caves | © Otter / WikiCommons

The Jesuits evidently admired Islamic artwork, too, and managed to recreate, to some measure, Granada’s famed Alhambra palace within the confines of the caves. It is possible for visitors to walk through this gigantic piece of stonework and admire its colourful gateways, arches and walls, which are clearly inspired by Moorish architecture from the Medieval period. 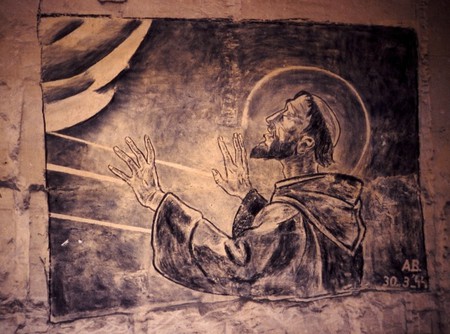 An image of St. Francis found in the caves | © Otter / WikiCommons

Although nobody can say for certain, it is likely that the Jesuits chose to recreate these non-Christian artworks out of admiration and to improve their own skills by copying historic masterpieces from around the world. What’s more, the Jesuits were devoted to scholarly pursuits and therefore, had access to large bodies of literature, allowing them to learn about cultures from distant lands. Many of the Jesuits that lived in Maastricht actually immigrated there from other countries in Europe or travelled abroad as missionaries, eventually returning with knowledge of other continents. In fact, several artworks inside the caves reflect their creators’ worldliness and feature imagery from Southeast Asia and America.