What Amsterdam's First Green, Female Mayor Means for the City 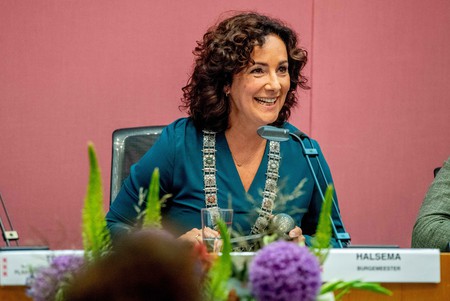 On July 12th, 2018, Femke Halsema was sworn in as the mayor of Amsterdam, marking the first time in history that a woman will hold this position. Halsema is also the first member of the GroenLinks party to serve as mayor of the capital and has stated that she will address issues related to serious crime, individual rights and inclusivity during her time in office.

Due to the untimely death of Amsterdam’s former mayor Eberhard van der Laan in October 2017, the position has been held by three acting officials in succession over the past nine months. The mayor of Amsterdam and other cities in the Netherlands isn’t elected by the public, but rather appointed by a special committee whose members are drawn from the local government. Anyone can apply for the role, but it is almost always given to people with substantial political careers and therefore, affiliations with certain parties. In fact, every person that has held the office since the 1950s has been a member of PvdA (the Dutch Labour Party) – who have maintained a strong presence in Amsterdam for over 60 years. 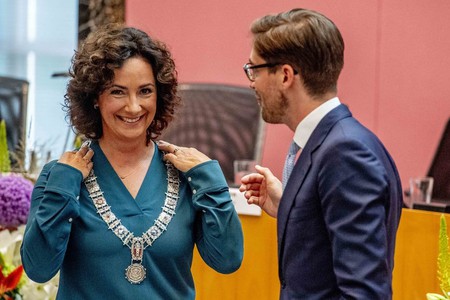 However, during the most recent municipal elections in March 2018, GroenLinks emerged as the strongest party (of which there are 12) in Amsterdam, gaining 10 of the 45 available seats on the city’s council, whereas PvdA only secured five. Though Amsterdam has remained a liberal stronghold for generations, GroenLinks’ victory represents a further swing to the left for the city, specifically towards the green, pro-European and socially inclusive values that the party champions.

Officially, the mayor of Amsterdam maintains a non-partisan role within municipal politics and must represent Amsterdammers, rather than their given party (or voters). Nonetheless, Halsema’s appointment comes at a time when GroenLinks’ policies are clearly supported by a significant margin of Amsterdammers. It is also worth mentioning that in the Netherlands, it is very uncommon for one party to hold a majority in any level of government. And even though GroenLinks only has 10 seats on Amsterdam’s city council, most of the officials that were voted in during the last municipal elections represent other left-wing political parties.

As mayors are appointed without running for office (and therefore, don’t release public policy commitments, etcetera), it is difficult to ascertain their plans for the city before they begin their six-year terms. Nevertheless, Halsema stated during her swearing-in ceremony that she intends to focus on three main challenges immediately, specifically (1) reducing serious crime, such as drug trafficking and gun violence in Amsterdam, (2) ensuring that every Amsterdammer, regardless of their age, background or income, benefits from the city’s prosperity, and finally, (3) protecting the rights of individuals and communities that face marginalisation or discrimination.