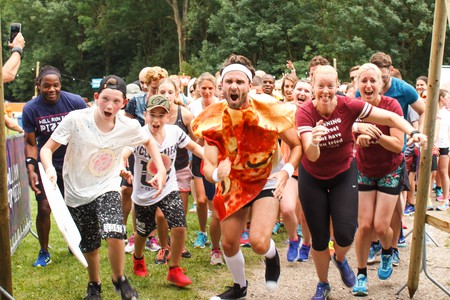 Who says pizza and sports don’t go together? More than 1,200 pizza lovers participated in Europe’s first-ever pizza run, held in Amsterdam on July 8.

Racers ran through a 5km course fitted with pizza obstacles including “Tomato Terror” and “Cheese Mania.”

After running through a live-sized oven, runners joined other pizza festival goers on the grounds at Amsterdam Bos to enjoy a silent disco, lounge area, live music, beer and wine, and, of course, pizza. More than 9,000 slices were consumed.

One lucky person even won free Magioni pizza for a month.

“The Amsterdam Pizza run was a fun way for us to show that a healthy lifestyle and tasty pizza can go together very well. And we certainly proved that,” a Magioni spokesperson said.

Not surprisingly, this isn’t the first or only pizza run in the world. There is a run in New York City where participants run two miles and have to pit stop at three checkpoints, consuming one slice at each. 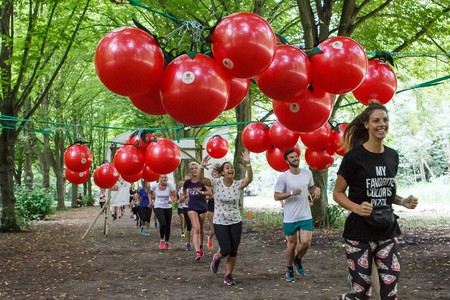 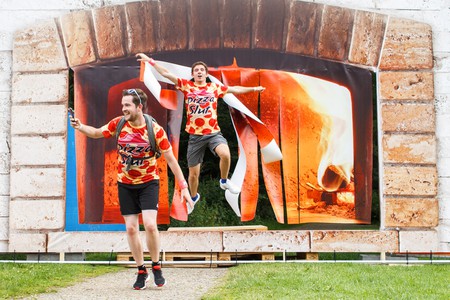 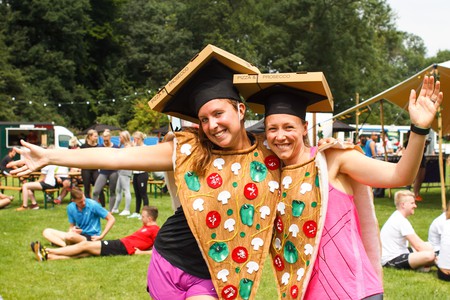