Combining traditional Dutch Design principles with innovative techniques and practices, these ten designers and studios showcase the best of contemporary design in the Netherlands. Distinguished by its combination of craftsmanship, minimalism, experimentation and humour, Dutch design is at the forefront of international design with leading labels such as Droog and Moooi. Both emerging and established designers display and challenge traditional design principles and maintain craft skills while exploring the potential of new technologies. 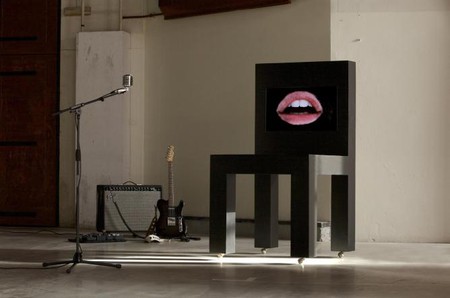 Combining traditional craftsmanship with new materials and technologies, fashion designer Iris Van Herpen’s modern take on Haute Couture has earned her recognition in the international fashion market. As a leading fashion designer in the use of 3D printing, she uses her designs to convey ideas of beauty and regeneration while combining fine craftsmanship with futuristic digital technologies. She started her own label in 2007, a year after graduating from ArtEZ Institute of the Arts, Arnhem, and has since showed her collections at Paris, London and Amsterdam fashion weeks. She recently won the Golden Eye Award at the Dutch Design Awards 2013 for her collection Voltage, which explores the ‘electricity of the body’ – focusing on the body’s tangible movement and strength. Inspired by scientific processes and experiments, Van Herpen’s collaborative and interdisciplinary approach to fashion has marked her out as one of Holland’s most promising emerging designers. 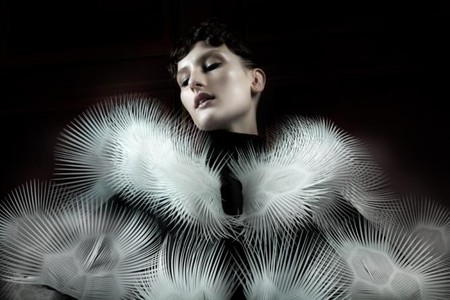 Artist and innovator Daan Roosegaarde, founder of Studio Roosegaarde (2005), creates social design works that explore the relationship between people, technology and space. His high-tech creations are forms of ‘techo-poetry’, inviting public interaction and often responding to audiences in real-time. Based in the Netherlands and Shanghai, Roosegaarde works across all areas of design from fashion to architecture. Smart Highway, interactive and sustainable roads now installed in Brabant, NL, won him the Accenture Innovation for the Public Award for the Arts 2013. Roosegaarde is also known for more controversial projects, such as Intimacy: high-tech fashion made from smart materials that become transparent based on personal interactions. However, his most widely recognised project might be Dune, an interactive landscape that has been exhibited across the globe and is permanently installed alongside the Maas River in Rotterdam, NL. 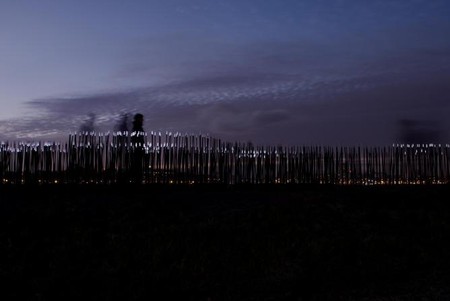 Lucas Maassen’s approach to design is ironic, and sometimes anarchistic. After graduating from the Design Academy Eindhoven, Maasen launched his career by crafting non-functional chairs. His critical designs question the role of the product designer; he believes that the designer’s role is something that can be played with. In Singing Chair (exhibited at MoMA, New York) Maassen’s chair ‘performs’ a series of songs, expressing the idea that “it’s time to stop talking about chairs and let them talk back at us.” His latest works have been family projects. Valerie, My Crystal Sister is a crystal chandelier visualising crystals formed from his parents’ DNA. The piece itself was assembled by Maassen’s parents in a performance at the Vitra Design Museum in Germany. 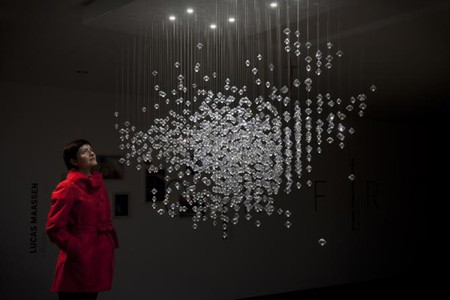 Using an innovative combination of robotics, new materials, digital fabrication techniques and traditional craft skills, Joris Laarman is part of the current group of designers exploring the intersection where cutting edge technology and beauty meet. Heatwave, his graduation project from the Eindhoven Design Academy in 2003, bucked the typical sober trends typical of Dutch design. He has continued to challenge design practices ever since. In projects such as Bone Furniture, Laarman makes use of the aesthetic potential of new technologies, applying the latest scientific research and experimentation to his design practice. The Joris Laarman Lab was set up in 2004; their work can now be found in the permanent collections of the V&A in London, the MoMA in New York, the Centre Pompidou in Paris and the Rijksmuseum in Amsterdam. 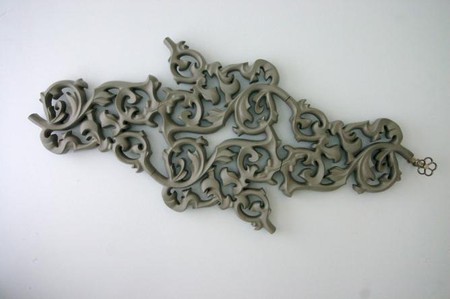 Design duo Stefan Scholten and Carole Baijings have been working together since 2000. Their portfolio features both independent projects and collaborative undertakings with multiple artisans and manufacturers such as HAY and George Jensen. Scholten & Baijings designs are distinguished by their material innovation and signature colour pallet. They describe their practice as the ‘studio way’ of working, as they create paper and card models of all their designs. These models directly inspired their Paper Porcelain project, a range of porcelain objects that mimic all the folds and markings of the original paper versions. Several of their independent and collaborative projects came together in Dinner Party/True-To-Life-Design at the V&A as part of the London Design Festival 2013. The duo also stresses the importance of craftsmanship in their practice, as well as the value of both feminine and masculine input into their designs. 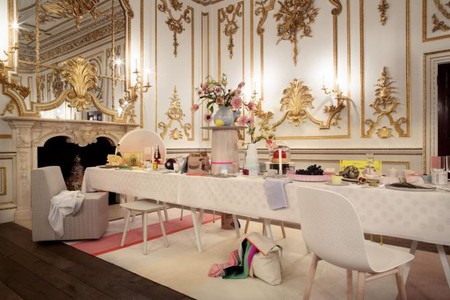 Another duo, Job Smeets and Nynke Tynagel, form Studio Job. Their designs have sparked controversy for the way they explore the relationships people have with objects, as well as their narrative and symbolic value. Heavily influenced by modernist ideology, Studio Job’s designs combine artisan skills, craftsmanship and perfectionism. Projects such as Automobile are described by the studio as a “sculptural melting pot of experiments.” Other projects include The Wall, an interior design for a Viktor&Rolf Paris fashion show, and a postage stamp for Dutch King Willem-Alexander (Permanent King Stamp). Studio Job is based in Antwerp, Belgium, and the Netherlands. One of the most prolific design studios from the area, they produce designs under their own name, but also for design label Moooi.

Maarten Baas burst onto the Dutch design scene and drew worldwide attention with Smoke, his 2002 graduation project from Eindhoven Design Academy, where he took design classics and scorched them with a blowtorch before sealing them with epoxy. In 2009 he won the Designer of the Year Award in Miami both for his design work and small-scale collaborative studio approach. Based in the south of Holland, Baas’ studio is made up of a small community of international craftsmen. In 2012 he also started the Den Herder Production House, where he produces pieces by other designers at his studio. In addition to playful design projects Baas’ has shown a more serious side with his most recent work, Amnesty, an empty chair made in support of Amnesty International’s fight for freedom. 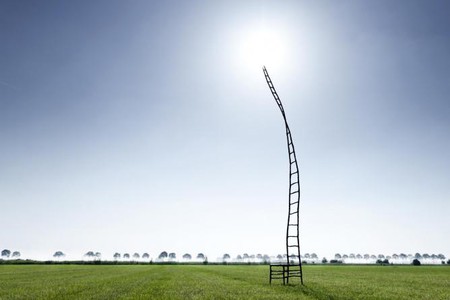 Atelier Van Lieshout (AVL), founded by Joep Van Leishout in 1995 is an established name on the Dutch design scene. He first gained recognition in the 90s for his quirky mobile homes created using his trademark material, brightly coloured polyester. His provocative designs lie on the boundary between art, architecture and design and aim to integrate art into everyday life, inspiring debate about the need for functionality in design. Complex and functional systems, such as the body, are Van Lieshout’s main inspiration along with themes of politics, power, life and death. His design practice incorporates furniture, sculpture, and ideas for “life-style redesign.” In Pioneer Set, Van Lieshout presents a complete self-sufficient farm set that could be set up anywhere in the world. 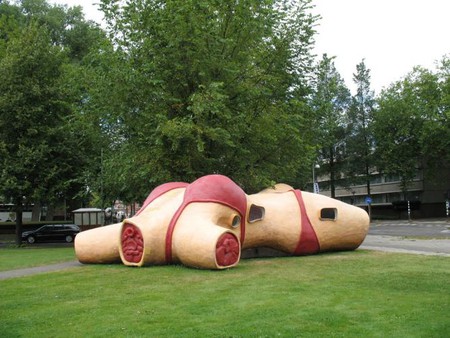 Another well-known Dutch designer, Richard Hutten’s motto is “live in order to play.” He started his design studio in 1991 and is famous for his ‘no sign of design’ furniture. He was also involved in the work of the Droog design company from its conception in 1993. Hutten is also the Art Director for Gispen, the largest office interior designer in the Netherlands. His humorous designs play with tradition, although functionality remains an integral part of his practice. Combining industrial production methods with craft skills, Hutten prefers to design and make chairs because they are the hardest design objects to produce. For Hutten, the process of designing is a game, as he shows through his playful and iconic design pieces such as the Domoor Cup for Droog. Featuring in several prominent museum collections including the San Francisco Museum of Modern Art, Hutten is undoubtedly one of the most internationally successful Dutch designers. 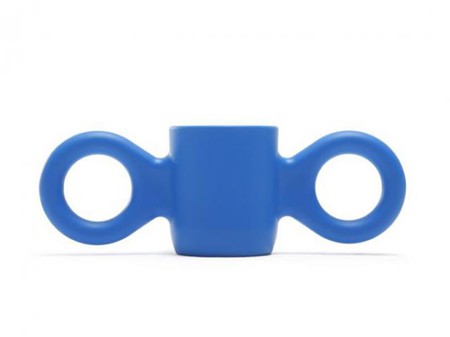 Marcel Wanders is a worldwide commercial design success, creating works for international design brands including Alessi, Puma and MAC Cosmetics. He is also the co-founder and artistic director of design label Moooi (the name Moooi comes from the Dutch word for beautiful). His designs are always based on things that relate to the past. His emphasis on the inclusion of past, present and future is intended to help his designs withstand the passage of time. Wander’s iconic designs include the Knotted Chair and Crochet Table, alongside architectural projects such as the Mondrian South Beach Hotel, Miami, and the Villa Moda store in Bahrain. His works can be seen in the design collections of the MoMA in New York, the V&A in London, and the Stedelijk Museum in Amsterdam. 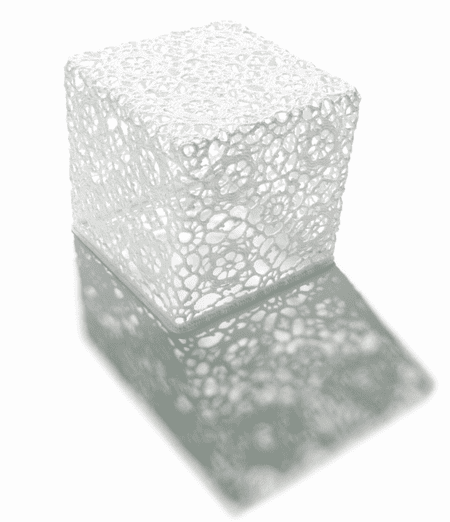