The Netherlands is home to one of Europe’s largest developing contemporary art markets, with an incredible amount of young and emerging artists contributing to the formation of the arts scene. As a country, the Netherlands puts great emphasis on the arts, with large-scale arts events such as Art Rotterdam Week, which displays and promotes new talent through a series of art fairs and exhibitions. We profile 10 of the best emerging Dutch artists you should know.

Born in Sittard in the Netherlands, and now living and working in Berlin, Bram Braam‘s work focuses on exploring notions of architecture, the city, and urban space through sculptural and large-scale installations. Braam particularly engages with modernist architectural movements, including Bauhaus and Le Corbusier, and contrasts these with the history of the traditional Dutch landscape, in order to examine the narrative of urban and architectural development from past to future. One of his most recent projects How Long is Now: City of Tomorrow (2013) takes the failed Scottish city of Cumbernauld as a case study for exploring the human construction of an environment, and the continued presence and influence of past architecture in forming modern society. 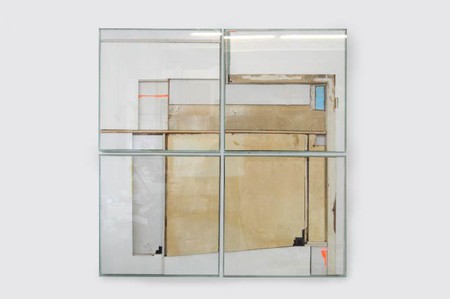 A finite slice of infinite space #3, Bram Braam | © Courtesy of the artist and Frank Taal Gallery

Fleur van Dodewaard‘s work lies at the intersection between photography and the plastic arts, aiming to both reference and challenge traditional art historical concepts through a fresh medium and an abstract perspective. Having studied both fine arts at the Royal Academy for Fine Arts in The Hague, and photography at the Gerrit Rietveld Academy in Amsterdam, van Dodewaard is ideally placed to explore this meeting of art forms. By using colours, geometric shapes and manipulated perspective, van Dodewaard creates photography which deconstructs classic concepts such as the landscape or the nude, thereby providing a platform to meditate on the nature of both art and photography.

One of the Netherlands’ most visionary and innovative contemporary sculptors, Jonathan van Doornum studied fine arts at the ArtEZ Institute of the Arts in Zwolle before becoming a recipient of the prestigious Mondriaan Fund grant, a publically-funded award for promoting Dutch visual arts and cultural heritage. Using a variety of materials, van Doornum’s sculptures are both delicate and poetic, yet undeniably solid and present. Building from classical architectural and sculptural designs, van Doornum seeks to elevate the simple materiality of physical objects to a transcendental, sublime space, in which the ordinary and the everyday become transformed into the beautiful and the artistic.

Fascinated by the complexity and uniqueness of human life and interactions from a very young age, Wouter le Duc began using photography at the age of 16 as a means to capture the lives and stories of people on the periphery of society. Le Duc particularly focuses on the outsiders, the marginalised, and the eccentric, using his photographs to give them a voice and a presence within society, and forcing viewers to both acknowledge and explore the subjects’ life journeys. Using a blend of realism and the fantastic, Le Duc creates arresting visuals which reveal the largeness and complexity of human experience. Now an internationally exhibited photographer, Le Duc’s work has been published in a number of art magazines, and is gaining wide recognition. 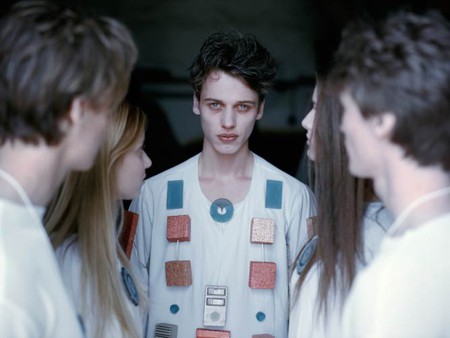 The God Machine 18, Wouter le Duc | © Courtesy of the artist

Folke Janssen‘s work strikingly explores the realities of contemporary visual culture through a series of intricate pieces which juxtapose the material and the immaterial. His signature technique uses hand-cut triangles of glass which are connected together with a black flexible adhesive, creating beautifully patterned, malleable sheets of glass which can be sculpted into different forms. Janssen uses these material patterns to reflect and explore his fascination with more abstract patterns, such as tracing the ways in which people today approach and represent themselves through aesthetic and visual images. This centuries-old relationship between people and the visual lies at the heart of Janssen’s work. 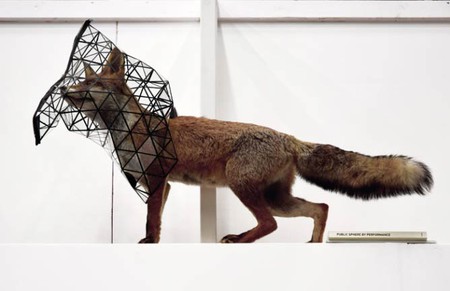 That’s What You’ll Get When You’re Going For the Candy Wrapper, Folke Janssen | © Courtesy of the artist

Despite only graduating from the Hogeschool voor de Kunsten in Utrecht in 2014, Frederique Jonker is already gaining vast success in her work. Known for her arresting, large-scale canvases, Jonker redefines the traditional still-life art genre, bringing it into a contemporary context. Her paintings depict complex constructions made up of various everyday consumer objects, objects which she forms into installations and sculptures and then portrays on her canvases. The bright colours and familiar objects recall the world of advertising and social media, while the size of the paintings allows the viewer to become enveloped in the world she creates. Jonker was nominated for the Dutch Royal Award for Modern Painting in 2014, and exhibits internationally.

Despite coming from a filmmaking background, Wouter Venema‘s art manifests itself through various different mediums, including video, animations, drawings and silk screening. All of his work, however, shares a common theme: the exploration and presentation of time through art, including ideas of simultaneity, temporality and the merging of past and present. His still images are particularly fascinating, as Venema experiments with creating the sensation of time passing within the fixed moment of a canvas or a print, attempting to translate the abstract into a visual form. Venema is currently an artist in residence at the Rijksakademie va Beeldende Kunsten in Amsterdam. 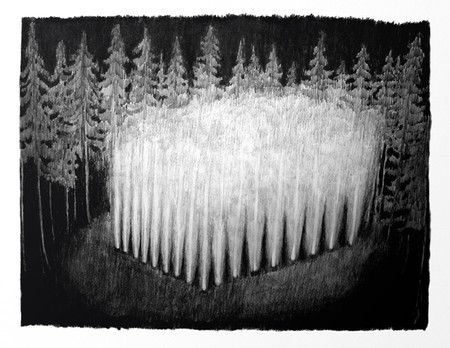 Koen Taselaar‘s work defies definition. Simultaneously combining drawing, collage, and graphic design, Taselaar creates striking pieces which draw the viewer in. Using the horror vacui technique, where the entire surface of the artwork is covered with intricate detail, leaving no space undecorated, Taselaar undermines the artistic narrative, where works have a clear beginning and end. Instead, Taselaar’s works embody chaos and unfettered imagination, creating uncanny, bizarre world filled with unique designs, reflecting the reality of our own lives and world. Taselaar’s work has been very well received; the young artist was nominated for the Design of the Year Award in 2012 from the Design Museum London.

Evi Vingerling draws inspiration for her paintings from her environment, whether from the sun’s rays, forms in nature or the way the leaves in a plant fall. In her own words, the subjects of her paintings can be summarized as ‘what there is’, thereby providing a unique visual representation of the sometimes unnoticed elements which make up the world around us. By removing the context and the familiarity of what she paints, Vingerling challenges the viewer’s preconceptions of the ordinary and everyday, transforming them into beautiful and almost abstract forms. Vingerling’s work has been nominated for several prize, and has been exhibited in both group and solo shows around the world. 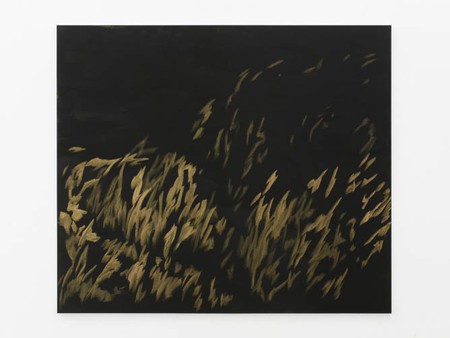 Keetje Mans‘ paintings reveal a dreamy, ethereal world filled with harmonious yet striking colours, beautiful typography and abstract forms. Mans explains that her work depicts the search for ‘a modern kind of mystique’ that lies at the border between ‘a classical transcendence and a hazy area between cultures’. Mans achieves this through combining a beautiful, soft aesthetic, at times reminiscent of Impressionist art, with pop culture references and an abstract style, in order to create unique, private spaces. Mans exhibits her work in a number of museums, galleries and art collections, including the Bonnefantenmuseum in Maastricht and the Galerie Cokkie Snoei in Rotterdam.