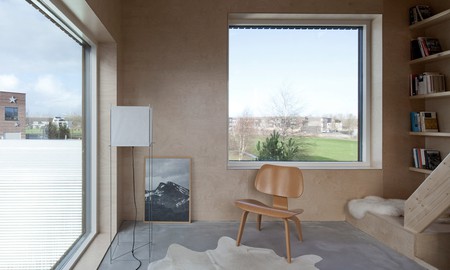 Dutch architecture firm Ana Rocha Architecture has just completed a skinny timber house in Almere Poort in the Netherlands, with a frame that took just two days to build and a footprint of just 16 square metres – roughly the size of an American parking space.

The ‘tiny house movement’ has become an increasingly popular way of life across the world, offering people respite from financial burden and environmental concerns while also giving them the freedom to live more simply and sustainably. With the escalating pressure on urban areas around the world, many architects have picked up on this demand for micro housing, including Dutch architect Ana Rocha, who has just completed a project in Almere Poort in the Netherlands, which has a footprint of just 16 square metres. 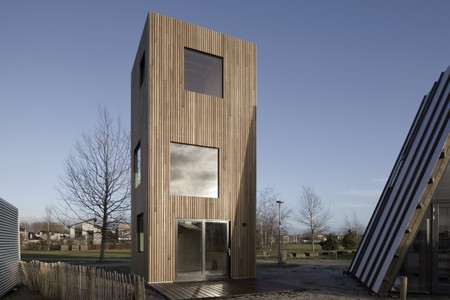 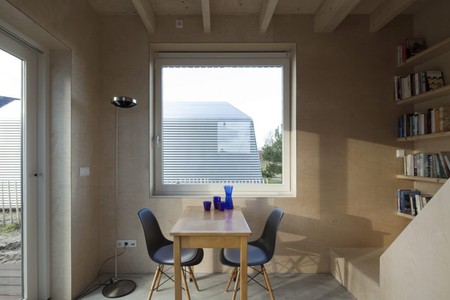 The Slim Fit house by Ana Rocha Architecture was designed as a concept for the BouwExpo Tiny Housing competition, organised by the municipality of Almere – the first prototype was completed in January 2018. Rocha wanted to create a house that would be suitable for small-scale living within a city and a model that could be easily multiplied in dense urban areas. ‘Thanks to its compact footprint, Slim Flit is the ideal home for filling in the inner areas of city blocks,’ said Rocha. 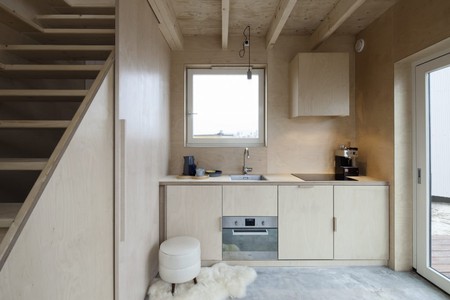 The property, which overlooks nearby Homerus Park, has already been snapped up by a company of young designers as a means of providing accommodation to their overseas collaborators when they come to stay in the country. Despite its small size, the house feels generous, offering 50 square metres of accommodation in total, divided over three floors. 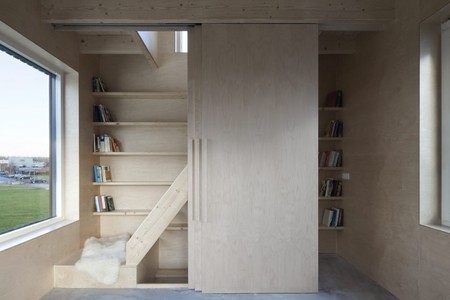 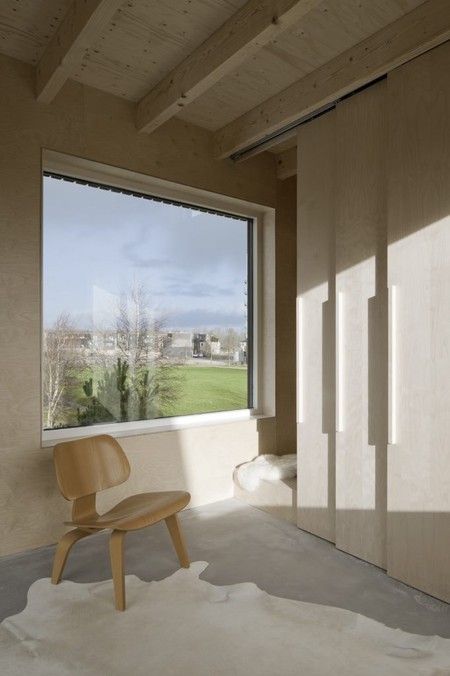 Each storey has a dedicated function, with the ground floor containing a kitchen/dining area, complete with a standard-sized kitchen. To keep costs down, Rocha was keen to use standard fittings for areas such as the kitchen, bathroom and staircase, as it’s often the custom-made furniture required for micro homes that can significantly ramp up the costs. However, clever use of space is still key to the project – a cupboard wall doubles up as an integrated staircase. A sliding plywood panel that can be moved across to conceal the pine staircase, thus providing privacy between floors but also preventing drafts and heat loss in colder months. 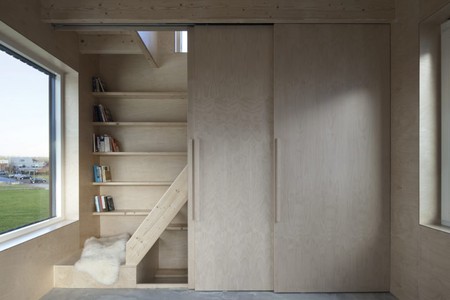 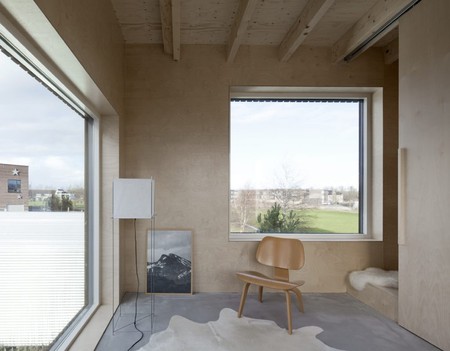 A set of open book shelves along the stairwell provides ample storage space, and the second floor is a generous, pared-down living room. The top floor contains the sleeping quarters with a compact bathroom. All of the three living zones benefit from large windows that are deliberately orientated to receive the most sun, flooding the property with natural light and providing views over the park. Combined with full-height ceilings and open-plan rooms that run the full width of the property, the building maintains a sense of ‘luxurious spaciousness’, according to Rocha. 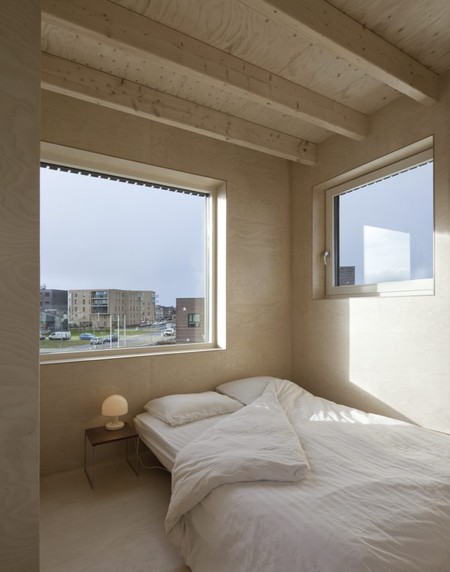 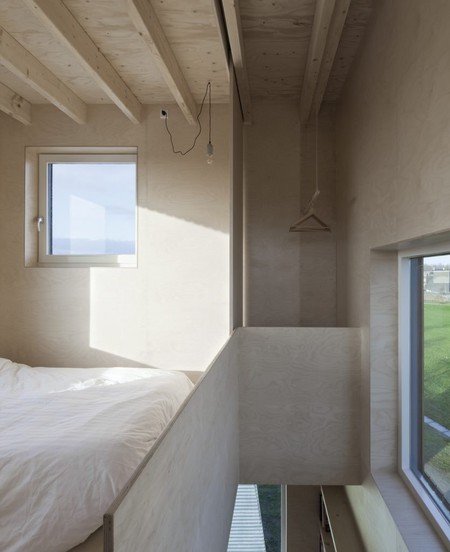 The entire property is built from a light timber frame, constructed from straw-coloured Ayous hardwood, an economical, hardy and versatile material, which allowed the walls to be as slim as possible to ensure the maximum amount of space was achieved internally. Inside the house, the walls are lined with pale birch plywood to provide a light-yet-warm environment. 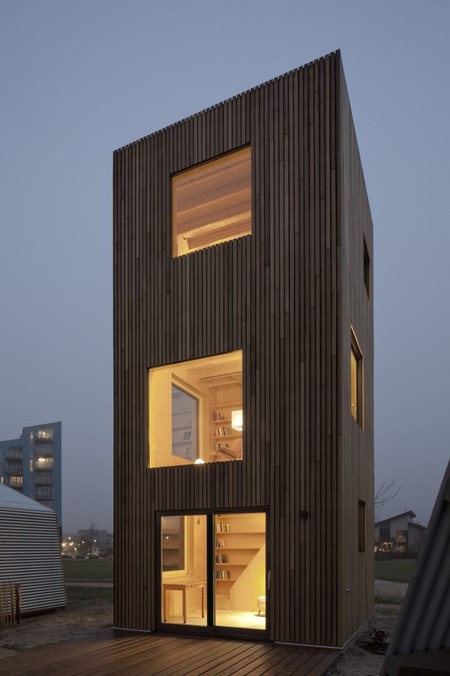 Read more about the project on Ana Rocha Architecture’s site here. Looking for more tiny houses across the world? Check out Muji’s mini huts, a converted van that’s been turned into a holiday home and this small but perfectly formed 25 square-metre flat in Barcelona.