This Is the Most Complicated Border Town in the World 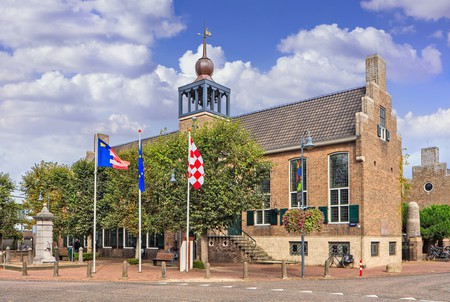 Due to the incredibly complicated borders that divide the region, many buildings and streets in the town of Baarle are simultaneously located inside the Netherlands and Belgium. This unusual frontier zigzags through the town, creating an erratically-shaped Belgian enclave that somehow contains even smaller parcels of Dutch land.

From the ground, Baarle looks relatively normal and resembles other smaller settlements located on the Dutch-Belgian border. Visitors will likely notice, though, that many streets around the village feature lines marked with crosses that run between slabs labelled with the letters B and NL. These markings delineate where one country ends and the other begins, reminding everyone who passes over them that they have entered into another sovereign state altogether. 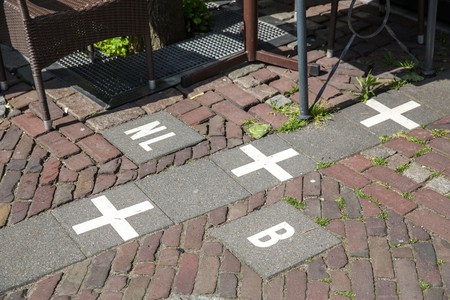 It is quite common for these lines to run straight into buildings or lie horizontally across roads, splitting public and private property right down the middle. Thankfully, the Netherlands and Belgium are both located in the Schengen Area, which means that their borders are completely seamless, making it possible for travellers (and residents) to walk through Baarle without stopping for passport checks.

The town actually contains two separate municipalities called Baarle-Nassau and Baarle-Hertog, which are administered by the Netherlands and Belgium, respectively. As its Belgian sections lie roughly five kilometres away from Belgium-proper, they are collectively recognised as an enclave. To make matters even more confusing, several stretches of Belgian land in Baarle encircle plots that are claimed by the Netherlands, creating enclaves within enclaves. 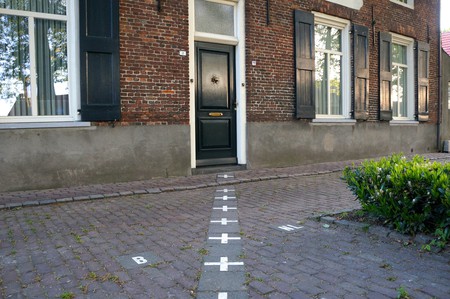 Local wealthy aristocrats created these bizarre borders in the Middle Ages. Essentially, one duke from what would become Belgium handed over territory to another noble who controlled the lands around the Dutch city of Breda. However, the aforementioned duke retained some smaller plots in Baarle, leading to border disputes in the 19th century, when Belgium and the Netherlands split into two different nation states. It took another century for the two countries to resolve the borders that pass through Baarle, leading to the town’s current patchwork-like cartography.

As the town essentially exists in two countries at once, it is governed by two different legal systems. Over the years some residents of Baarle have reportedly discovered, then capitalised on, the many loopholes in the law that occur when living in Belgium and the Netherlands simultaneously. For instance one clever landlord who wanted to renovate a building, but was denied planning permission from Baarle’s Dutch town hall, bypassed this decision by adding an additional front door to the Belgian side of his property. It is also said that bars in Baarle (at some point in recent history) would continue serving alcohol after licensing hours were over in the Netherlands by simply moving their tables and chairs across the border to Belgium. 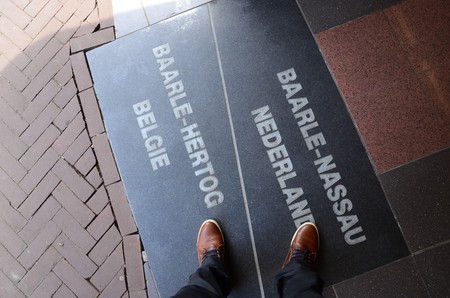 Although most stories concerning cross-border-hustles in Baarle sound relatively harmless, in the 1970s criminals managed to launder money inside a local bank by using the town’s unique geo-political layout to their advantage. As the bank’s entrance and vault were located in the Netherlands and Belgium respectively, it was impossible for authorities from either country to conduct full investigations without stepping outside their national jurisdictions. Eventually the Dutch and Belgian police joined forces and closed down the corrupt bank for good.

Thankfully Baarle rarely witnesses this type of criminal activity and most residents spend their daily lives jumping between the Netherlands and Belgium without questioning their hometown’s incredibly complicated borders.