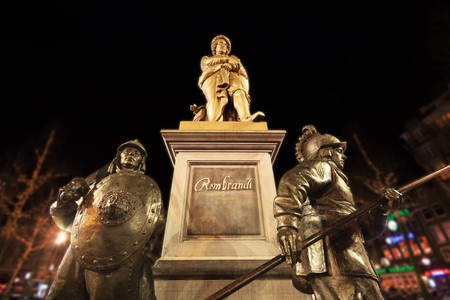 The statue of Rembrandt on Rembrandtplein | © pixabay

Every weekend an intrepid team of men and women patrol Amsterdam’s bustling Rembrandtplein in order to neutralise problems related to the area’s nightlife. This friendly squad wear distinctive, hooded red jackets and help make the city a safer, more hospitable place to party.

Rembrandtplein ranks among the busiest party destinations in Europe and features around 20 clubs, bars and cannabis coffeeshops. These venues are generally geared towards tourists or young people and attract heavy footfall over the weekends Even though it is possible for businesses to attain 24 hour licenses in Amsterdam, most bars and clubs on Rembrandtplein close before 5am, which means that hundreds of people funnel into the square during the early morning.

The number of incidents involving street crime and anti-social behaviour increases drastically on Rembrandtplein at weekends. Until relatively recently around 200 violent cases were reported on the square every year and these types of problems tend to escalate after the area’s venues close their doors for the night. 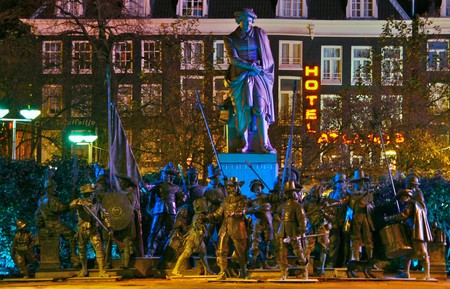 Rather than employing heavy-handed tactics like curfews or licensing restrictions on venues to address these issues, Amsterdam’s local government decided to assemble a team of ‘hosts’ to monitor nighttime activity on Rembrandtplein. As members of this squad start their shifts at 9pm and clock off at 5am, they are present on the square at the most crucial parts of the weekend. There are usually 20 hosts on Rembrandtplein during this timeframe and the team always works in pairs.

Although hosts will step in when problems occur, they aren’t stationed on Rembrandtplein to reprimand party-goers. Instead they are there to assist people and prevent incidents before they happen. For example, hosts will remind revellers that it’s against the law to urinate in the street and point them towards Rembrandtplein’s public toilets, while at other times they may even give people advice about other parties happening around Amsterdam in order to keep foot traffic moving through the city. 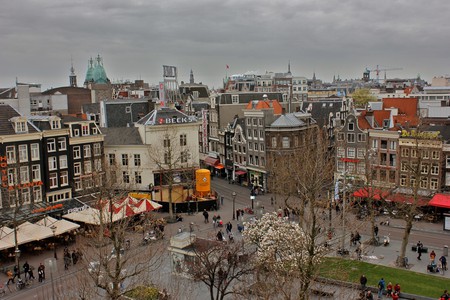 The project is part of a larger scheme that is meant to improve Amsterdam’s night time economy for everyone, which was founded by Mayor Eberhard van der Laan, in cooperation with the city’s official Night Mayor, Mirik Milan.

Do you think that your hometown could benefit from a similar project? Or have you had ever spoken to one of Amsterdam’s square hosts? Then let us know in the comments!