This Amsterdam Supermarket Has Introduced The World's First Plastic-Free Aisle 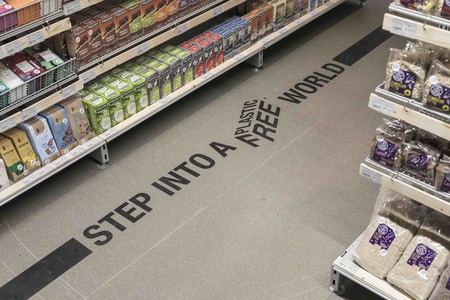 In order to reduce environmentally harmful waste and serve as an example for other retailers, Dutch organic supermarket chain EkoPlaza has launched the world’s first plastic-free shopping aisle in Amsterdam. The aisle is attached to an Ekoplaza branch in the city’s Oud-West neighbourhood and sells 680 products that are exclusively packaged in biodegradable material.

Ekoplaza created the project in collaboration with British environmental campaign group A Plastic Planet – an organisation that’s dedicated to reducing the amount of plastic used for packaging. According to A Plastic Planet’s website, around 40% of the world’s plastic is created to package other products, with 20% allocated to perishable items like food or drinks. This means that there is a constant stream of packaging flowing through homes, then into the garbage, creating huge, well-documented problems for the environment. 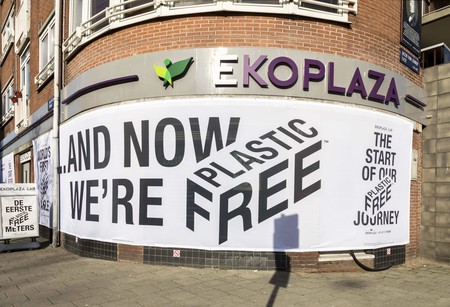 Rather than relying on recycling, A Plastic Planet and Ekoplaza decided to give consumers the chance to buy products that aren’t encased in plastic, partly to demonstrate that it is possible to eliminate this type of packaging from supermarkets. Currently, there are 680 items on the aisle’s shelves, each of which are contained within biodegradable packaging made from cardboard, glass or new environmentally friendly, synthetic materials, which look almost identical to plastic. In honor of the project Ekoplaza also introduced a new ‘zero-plastic’ label that will appear on applicable items in their stores. 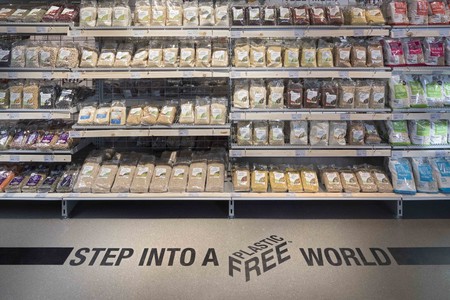 As it turns out, cutting back on plastic actually isn’t all that bothersome for consumers. In fact, every product available on the aisle (including loose items like rice, tea or sausage) is boxed within convenient packaging, thus allowing customers to buy groceries as they would at any other supermarket. The project has already garnered considerable attention from the international press and Ekoplaza plans to launch more zero-plastic aisles at branches throughout the Netherlands in the near future. 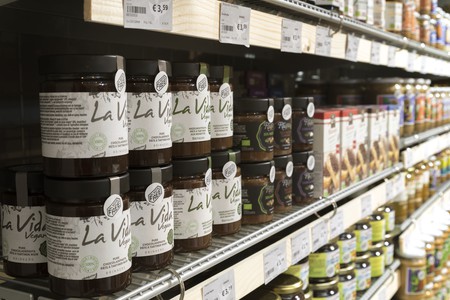