The World's First 3D-Printed Houses Are Coming to the Netherlands

What if you could print out a home as easily as your aeroplane boarding pass?

The Dutch city of Eindhoven is paving the way for this possibility, building an entire neighbourhood with the world’s first inhabitable 3D-printed homes. Five of these houses will be available to rent as early as mid-2019 and demand is already high. Twenty families had applied for the only single-storey house on offer just a week after its images were released. 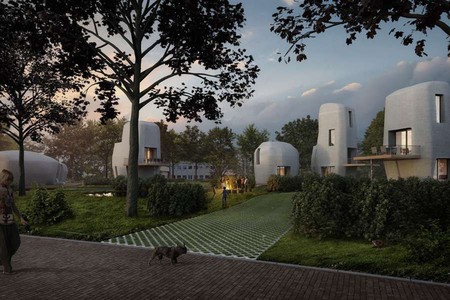 Called Project Milestone, the development could be a real game changer in the construction industry and is being offered as a solution to the shortage of skilled bricklayers in the Netherlands, according to construction company Van Wijnen, who are collaborating with Eindhoven University of Technology and the Municipality of Eindhoven on the disruptive project. The team at the university also built the world’s first 3D-printed bridge in 2017. 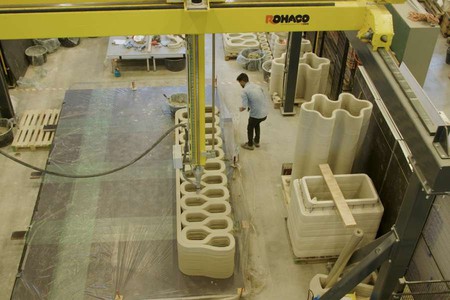 Printing the houses at the university | Courtesy of 3D Printed House

The homes will be located in Meerhoven, in an area called Cluster 16. Eindhoven-based architects Houben/Van Mierlo describe it as ‘a beautiful clearing between the trees that calls for an interpretation of special iconic buildings’. The design has been formulated to mimic ‘sculptures in a sculpture garden’; the boulder-like, grey structures blend in seamlessly with the green of the landscape that surrounds them.

In a sustainable twist, no mould is used to construct the buildings. Instead specially formulated cement is spat from the printer, layer upon layer, according to the architectural plans. Rudy van Gurp, a manager at Van Wijnen explains: ‘We have no need for the moulds used to create houses made with cement today, and so we will never use more cement than is necessary’. The printing process is both environmentally conscious and quick. 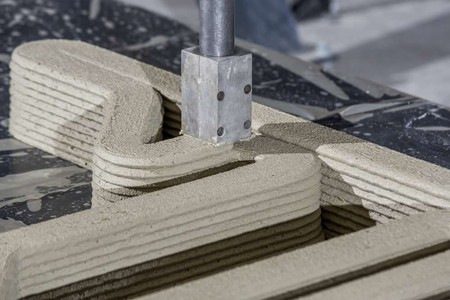 The 3D printer in action | Courtesy of 3D Printed House

The use of 3D printing technology means that in the future, homes will have the capacity to be entirely ‘smart’, with the wireless sensors necessary for ‘smart’ heating, lighting and security being printed directly on to a property’s walls.

Currently, only the internal and external walls will be created by the printer, which looks like a robotic arm expelling a whipped cream-like cement. But by the time the last of the houses are built, the goal is for the drainage pipes and other fittings to also be made by the printer. The first house, a one-bedroom bungalow, will be built at the university and transported to Cluster 16. The last house, however, will be printed directly on site, reducing the environmental impact even further.