The Ultimate Guide to the UNESCO-Listed Defence Line of Amsterdam 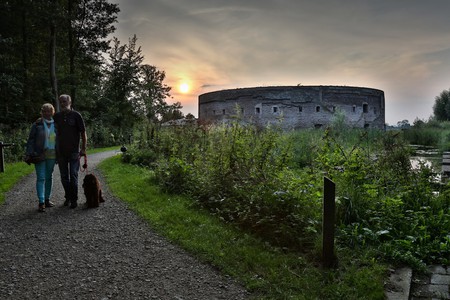 Between the late 19th and early 20th centuries, the Dutch government built an expansive system of fortifications around Amsterdam to defend the city from invasions. These forts, earthworks and artificial islands have since been inscribed onto UNESCO’s list of World Heritage sites due to their historical and cultural significance.

Known as the Defence Line of Amsterdam, these strongholds form a 135-kilometre ring around the city. They begin in the coastal town of Volendam and then, curve inland towards Haarlem and finally, end offshore on Pampus Island. Most of the fortifications were built roughly 15 kilometres away from Amsterdam’s city centre on low-lying stretches of land that could be flooded during times of war. By flooding these regions, the Dutch government could have surrounded Amsterdam with water, forming an enormous moat that would have been too shallow to carry conventional boats and deep enough to prevent troops from entering North Holland’s heartland. 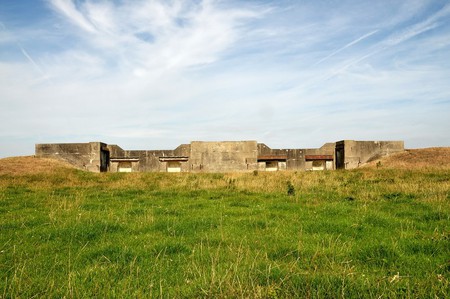 Though certainly impressive, the fortifications became obsolete almost immediately after they were completed, due to the invention of aircrafts and tanks – both of which could easily travel over the aforementioned moat. Nonetheless, the Defence Line of Amsterdam was kept in service until 1963, when it was finally decommissioned and abandoned by the military. Despite failing to meet modern strategic requirements, the fortifications are collectively recognised as one of the most intricate examples of military engineering in the world, as they seamlessly combined complex water management systems with defensive architecture. For this reason, they were added to UNESCO’s list of World Heritage sites in 1996. 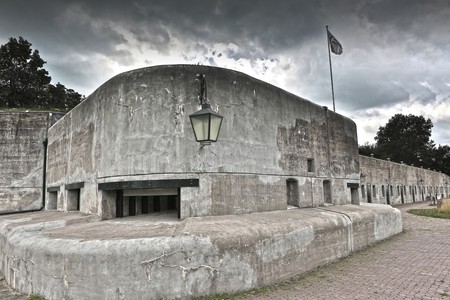 Nowadays, it is possible to visit many sites on this defensive line, which were once occupied by the Dutch military, including locations that have since been converted into fascinating museums. For instance, visitors can now access Pampus Island via ferries that depart from the city of Muiden and Amsterdam’s IJburg neighbourhood. This artificial landmass stands in the centre of the IJmeer lake and was built to protect Amsterdam’s harbour. Today, visitors are free to explore the island and may join guided tours around its fortifications. 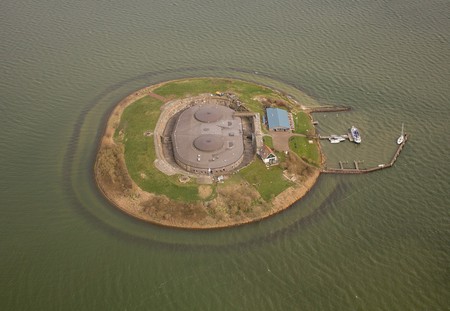 The largest and most northernly stronghold on the defensive line, Fort bij Spijkerboor also welcomes visitors throughout the year. Like many other nearby forts, this structure was built underneath an elevated piece of land called a polder, allowing it to blend with its surroundings. To learn more about Dutch military history, travellers can stop by either Fort Aalsmeer or Fort Veldhuis, both of which house museums dedicated aerial warfare. 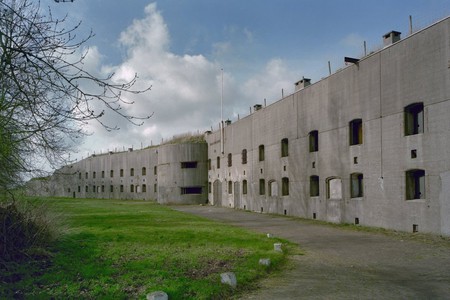 After the forts were abandoned in the mid-20th century, many were reclaimed by nature and merged with the surrounding countryside, creating stunning biologically diverse landscapes that are at once artificial and natural. Fort bij Krommeniedijk, for instance, has become a popular wildlife-watching spot and stands on a water-logged stretch of land that attracts thousands of migratory birds every spring. The fort itself was renovated in 2014 and then, partially converted into an ‘Experience Centre’ that retraces the Defence Line of Amsterdam’s construction and the project’s current ecological importance. 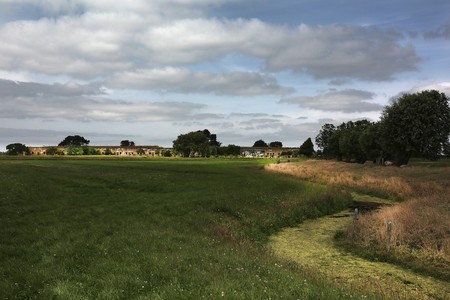 Dozens of well-kept public footpaths and cycling lanes trail between the forts, following routes that were built to connected each installation with the next. One such path actually flows through another UNESCO World Heritage site, namely Beemster Polder, a fertile, artificial landscape that was drained of water and reshaped into farmlands in the 17th century. What’s more, seasoned cyclists can attempt to circumnavigate the entirety of the Defence Line of Amsterdam by following a 200-kilometre route that passes by almost every fort, depot and pumping station that was built as part of the project. 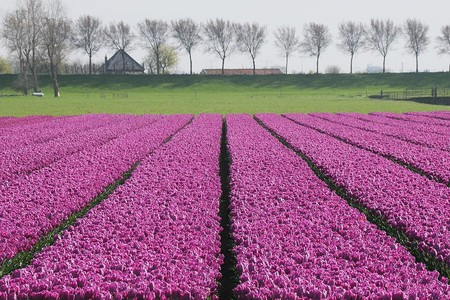