The Top 10 DJs You Need To Listen To Now 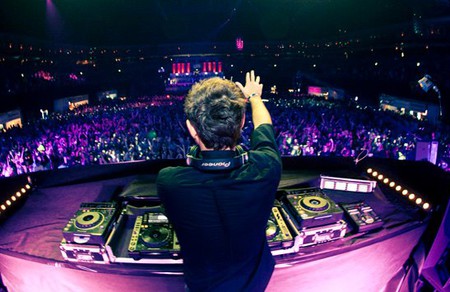 DJs have conquered the music industry across the world. These are the artists who give you the party of a lifetime and contribute happiness and pleasure in the sweetest and subtlest ways. Read on to find out about the DJs who can turn moments into lifetimes and awaken your beautiful souls and the effects of eargasmic rhythm.

19-year-old Martin Garrix from Amstelveen has produced some of the most appreciated current tunes worldwide. His musical style covers a wide range of house genres, but he’s most recently focused on progressive and electro. Breaking out into fame with his first hit ‘Animals’ led him to cruise up the charts with hits ‘Wizard,’ ‘Tremor,’ ‘Don’t Look Down’ (featuring Usher), and his most recent track, ‘Break Through The Silence.’ Garrix has worked with many famous and talented artists such as Tiesto, Usher, Afrojack, Avicii, and many more. Giving incredibly powerful performances at festivals across the world, this DJ will give you the groove you’ve been waiting for.

Hardwell first gained recognition back in 2009 for his bootleg of ‘Show Me Love vs. Be,’ a mash up of the Robin S. hit and the instrumental track by Steve Angelo and Laidback Luke. He has continued his legacy by producing powerhouse tracks such as ‘Spaceman,’ ‘Apollo,’ and ‘Young Again.’ This Dutch DJ from Breda offers music in the house genres of progressive and electro with a slight touch of mainstream pop. He recently performed at Amsterdam Dance Event (ADE) in October 2015 and premiered his second documentary, I Am Hardwell – Living The Dream. Don’t miss an opportunity to party with Hardwell, either at global festivals or your local clubs.

David Guetta is a popular Parisian DJ who started working more than two decades ago. His most popular tracks include his 1999 ‘When Love Takes Over’ collaboration with Kelly Rowland, ‘Without You’ featuring Usher, ‘One Love’ featuring Estelle, and his 2004 hit ‘Titanium’ featuring Sia. Guetta is famous for producing outstanding tracks that feature other incredibly successful artists, not only attracting his own fans but also the fans of his colleagues. His musical style is between house and dance and pop. Tickets to see David Guetta may be pricey, but they are absolutely worth it!

Originally from Spijkenisse in the Netherlands, Grammy award-winning DJ and producer Afrojack is one of the most notable and iconic names in electronic dance music. A global icon, this Dutch DJ is versatile, creative, and has produced some of the greatest electronic tracks. Afrojack exploded onto the music scene with ‘Take Over Control’ featuring Eva Simmons, a track that was a hit in clubs worldwide. Other favorites include ‘The Spark,’ ‘Can’t Stop Me,’ and fan favorite ‘No Beef,’ a collaboration with Steve Aoki.

Swedish DJ Avicii, originally from Stockholm, is rocking the house scene. His hit ‘Level’ is well known in clubs beyond Sweden. Avicii composes tunes that don’t solely focus on a specific house genre, as this is something he wants to avoid; many of his tracks connect well with the public as they mostly relate to real life settings. Other fantastic tunes that you may recognize include ‘Wake me Up,’ ‘Waiting For Love,’ and ‘Hey Brother.’ At the young age of 26, Avicii still has lots more to show; keep your eyes peeled and ears open.

These brothers of Greek origin, but born and raised in Belgium, spent years traveling across Europe and playing in some of the best venues. Their style tends to focus mainly on electro, house, and techno, and they produce tracks that roar with bass, beats, and bangs. One of their biggest hits is ‘Tremors’ — a collaboration Martin Garrix. Another great tune by this duo is ‘La Cocaina/Eivissa 2007,’ a techno banger played by many other famous DJs. ‘Louder,’ a track with heavier bass, demonstrates and distinguishes the difference between Dimitri and Mike’s sound in comparison to music style of Avicii and David Guetta. If you’re more of a hardcore raver and prefer heavier tunes, Dimitri Vegas and Like Mike are the DJs for you.

Producing hardcore and gabber tracks at the beginning of his DJ career was the start of Tiësto‘s insanely successful journey to becoming a globally favored DJ. He took a different route and changed his genre to trance and progressive house, which has done him well. This Dutch DJ from Breda is personally known as a bashful and rather timid character until he stands on the stage and comes alive. Some of Tiësto’s greatest tracks include ‘Adiago For Strings,’ ‘Traffic,’ ‘Love Comes Again,’ and ‘Just Be.’ Realistically, there are too many fabulous tracks to list, but that’s not surprising — he isn’t the world’s greatest DJ for nothing.

Former member of the post-hardcore and screamo band From First to Last, Sonny Moore became known as Skrillex when he decided to move to a different music genre: Dubstep. Known for his partially shaven head, Skrillex has recently joined forces with Diplo and the duo refer to themselves as Jack Ü; their music style is trap. Jack Ü’s most recent and famous song is ‘Where are Ü now?,‘ featuring Justin Bieber. A few of Skrillex’s dubstep songs include ‘Scary Monsters and Nice Spirits’ as well as ‘Kill Everybody.’ Skrillex has proven himself to be versatile in his music style and choices, and he has the potential to create a new type of musical future.

Named number one in the prestigious DJ MAG Top 100 four times in a row and called the world’s most popular DJ… these are just two of Armin van Buuren‘s many achievements. In addition to producing numerous albums, Armin van Buuren has his own weekly radio show called A State of Trance, which attracts 15 million listeners who tune in for his two-hour selection of trance and progressive tunes. Most people recognize Armin van Buuren by his tunes, including ‘In and Out of Love,’ ‘This is What it Feels Like,’ ‘Not Giving Up On Love,’ and ‘Feels So Good.’ Be sure to check out Armin’s radio show as well as his greatest and most inspiring tracks for some feel good moments.

Dutch DJ Nicky Romero‘s style focuses specifically on sounds of progressive house; he has produced tracks such as ‘I Could Be the One’ with Avicii, ‘Like Home,’ and ‘Symphonica.’ He has worked with other famous DJs such as Tiësto, Hardwell, Calvin Harris, and Fedde Le Grand, which has given Romero the drive and ambition to reach the top of his profession and create fabulous tunes. Performing at global party venues, Romero has gained the success he deserves.