The Story Behind van Gogh's Sunflowers 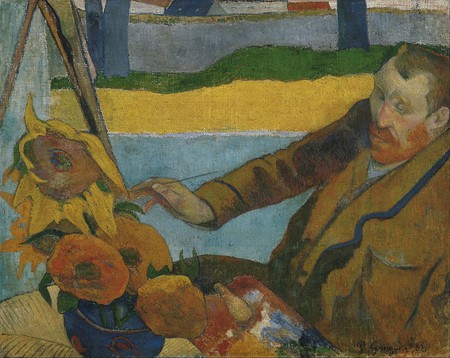 Van Gogh frequently painted sunflowers during his later life and completed two still life series that revolved around these flowers. These paintings have since become iconic and are among the most recognisable artworks ever created.

Van Gogh painted his first series while living with his brother Theo in Paris between 1886 and 1888. During this time, van Gogh made many still life paintings featuring vivid floral arrangements and sunflowers regularly appeared in his work, but were employed as small details or motifs. At some point, van Gogh started to depict these flowers by themselves and produced four oil-paintings of clipped sunflower heads.

A year later van Gogh moved to a house in Arles, France in order to create an artistic refuge with his friend Paul Gauguin. Before Gauguin arrived, van Gogh decided to decorate their shared house with artwork and once again, turned his hand to sunflowers. For his second series, van Gogh portrayed the flowers grouped together inside vases, cascading outwards from the containers’ edges. He also used these paintings to experiment with colour and almost exclusively used varying shades of yellow in order to capture the flowers’ natural beauty. 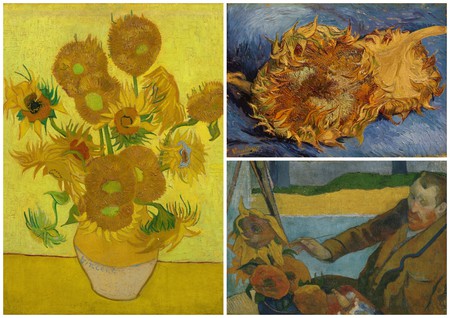 While in Arles, Paul Gauguin created a portrait of van Gogh behind his easel painting sunflowers, which showed the artist contemplating one of his favourite subject matters. Although their friendship eventually waned, Gauguin kept two of van Gogh’s earlier sunflower paintings which are now owned by Kunstmuseum, Bern and Metropolitan Museum, New York.

In 1890, van Gogh was invited to display his work at Les XX exposition in Brussels, an annual art event that was founded and organised by leading members of the European avant garde. His six submissions included two sunflower paintings that he created whilst living in Arles, a decision which illustrates that van Gogh almost certainly ranked these artworks among his finest creations.