The Story Behind the UNESCO-Protected Dutch Ghost Town, Schokland 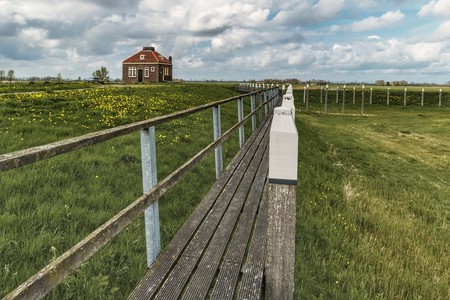 The Netherlands has more than its fair share of UNESCO World Heritage Sites, including a former island called Schokland in the province of Flevoland. This now land-locked settlement was founded in prehistoric times and merged with the Netherlands’ mainland in the mid-20th century, after the completion of an expansive hydraulic engineering project called the Zuiderzee Works.

Schokland serves as a monument to Dutch ingenuity and contains visible reminders of its former inhabitants’ age-old battles with the sea. Like many other settlements in the Netherlands, Schokland was once surrounded by water and was constantly threatened by floods. Over the centuries, its inhabitants built many earthworks such as dikes, mounds and polders to repel the sea and create livable, fertile land suitable for farming.

According to archeological evidence, humans have lived on Schokland for around 12,000 years. In prehistoric times, the region existed as a peninsula, which experienced countless floods due to its proximity to the turbulent North Sea. Schokland’s ancient inhabitants were among the first people to adapt to these hazardous weather patterns and built permanent settlements on the peninsula, including several sites whose foundations are still present today. 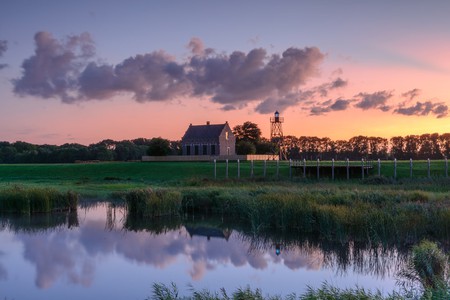 In the 15th century, the sea washed away the land bridge that connected Schokland to the Dutch mainland, turning the peninsula into an island. Thankfully, Schokland’s inhabitants were already accustomed to their homeland’s challenging geography and mainly built their homes on artificial mounds called terps that stood several metres above sea level and were surrounded by sturdy retaining walls. These mounds protected the islanders from floods and allowed them to preserve their way of life for centuries. 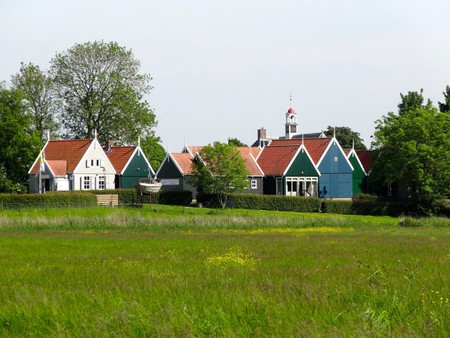 This community endured the elements for almost four centuries before they were told to leave Schokland in 1859 by the Dutch government, who decided that it was too dangerous for people to live on the island. All 650 of the island’s residents then sailed to the Dutch mainland and migrated to other settlements in the Netherlands, effectively turning their former home into an offshore ghost town.

Although sailors, labourers and civil servants stayed on Schokland sporadically during work assignments, the island remained largely uninhabited for over a century (and currently has around eight permanent residents). In the early 1940s, the island once again became part of the Netherlands proper, when large tracts of land were reclaimed from the waters surrounding Schokland to form a completely new municipality named Noordoostpolder. This vast feat of engineering was part of an even larger project called the Zuiderzee Works, which was undertaken in order to create additional farmland in the heart of the Netherlands and protect the country from rising waters levels. 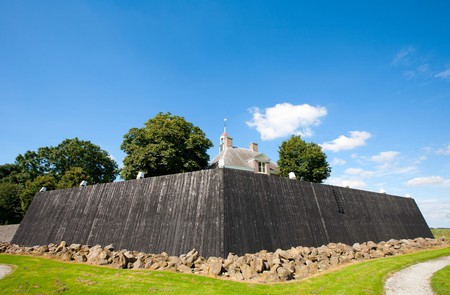 Due to its long and troubled relationship with the sea, Schokland symbolises the struggles faced by people living in coastal regions around the Netherlands from prehistoric times to the present. Its many historical and modern coastal defences represent almost every technological development created in the Netherlands to ward off the sea over the past 12,000 years. Due to its historical and cultural significance, UNESCO inscribed Schokland onto its list of World Heritage Sites in 1995 and has protected the former island ever since. 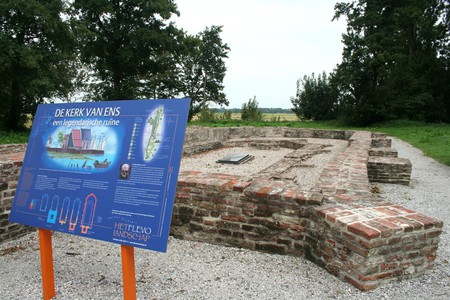 Remains of foundation of former church at the neighbourhood Emmeloord, Schokland | © Joop Hoek / Shutterstock
Give us feedback