The Story Behind The Girl With a Pearl Earring 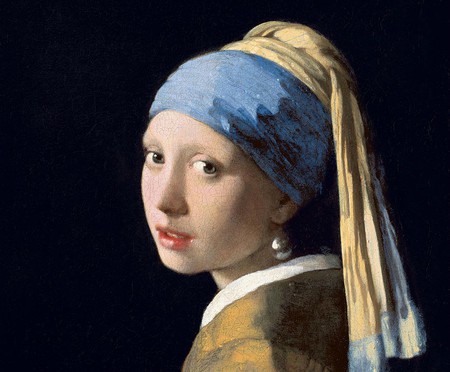 Rumours have surrounded Johannes Vermeer’s Girl with a Pearl Earring ever since it was rediscovered in the late 19th century, and this iconic painting still continues to spark intrigue, debate and speculation.

Although Vermeer was among the most successful artists working in Delft during the 17th century, he was almost completely forgotten after his death in 1675. Even during his lifetime, Vermeer’s influence was mainly limited to Delft where he earned a reasonable living as a painter and art dealer. What’s more, Vermeer’s name is rarely mentioned in historical records and he left behind barely any other documents that relate to his career or personal history.

Very little is known about Girl with a Pearl Earring as no one at the time thought to chronicle Vermeer’s efforts. Nevertheless, art historians have ascertained several important facts about the painting concerning its composition and subject matter.

Recent research suggests that the black, negative space behind Vermeer’s model was originally painted dark green. Many other contemporary artists employed similar techniques in order to accentuate antithetical, light-shaded colours or sharpen central images and Vermeer seems to have enhanced this framing device by adding an indigo gloss to the painting’s background to draw out its deep, green undertones. 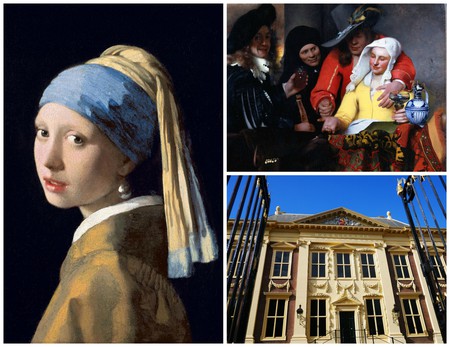 It is interesting to note that the painting was known as Girl with Turban or simply Young Girl for most of its existence and only received its current name less than a century ago. Much like other artists of his era, Vermeer enjoyed painting figures dressed in Middle Eastern attire, partly due to the exoticism that was attributed to non-European societies.

As his model is dressed in a turban, many art historians argue that the Vermeer’s painting shouldn’t be categorised as a portrait at all, as this style of composition commonly magnified its subject’s social standing by presenting objects associated with their sphere of influence. Instead most scholars agree that Girl with a Pearl Earring belongs to a genre of painting called Tronie that originated in the Low Countries around Vermeer’s time. This type of artwork often portrayed characters or archetypes rather than actual people and usually centred around models dressed in fanciful clothing, posed in certain exaggerated positions.

While it is impossible to identify Vermeer’s model, due to a complete lack of evidence, he may have asked one of his seven daughters to sit for the painting. Girl with a Pearl Earring has been part of Mauritshuis‘ collection in the Hague since 1902 and is still on permanent display at the museum.