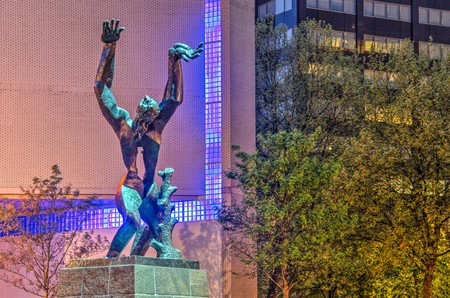 An imposing bronze statue depicting a flailing human figure with a large void in his or her chest has stood in the centre of Rotterdam since 1953. Known as The Destroyed City (or De Verwoeste Stad in Dutch), this arresting artwork was created to commemorate the destruction that befell Rotterdam during World War II.

On May 10, 1940, the German military, led by the Nazi party and Hitler, invaded the Netherlands in an attempt to occupy the country. After encountering significant resistance on the ground, the German leadership threatened to employ aerial bombings to crush the Dutch opposition and destroy key strategic locations, such as Rotterdam – the largest in Europe. Three days after the initial invasion, the German air force bombed Rotterdam, effectively destroying the city’s Medieval centre and killing around 900 civilians. The attack and the fires that followed levelled approximately 2.6 km2 of Rotterdam’s centre, destroying property, stores and landmarks while leaving many of the city’s surviving residents homeless.

After devastating Rotterdam, the German military offered the Dutch government an ultimatum, either surrender or suffer another aerial bombing (in this case, against the city of Utrecht). As the Dutch military wasn’t able to effectually defend against air attacks of this scale, they were forced to lay down arms to prevent more destruction. German forces then occupied the Netherlands and installed a Nazi regime, which remained in power until the Allies liberated the country between 1944 to 1945. 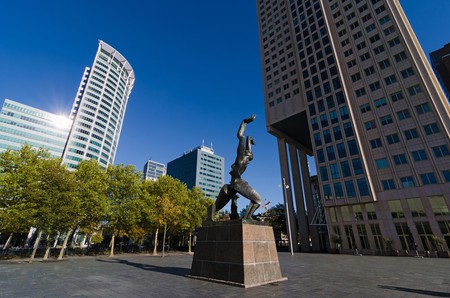 Russian-born artist Ossip Zadkine passed through Rotterdam sometime after the war and was stunned by the damage caused by the German airforce. Afterwards, Zadkine created a statue to represent the physical and psychological trauma he encountered in the city, which was then installed in Rotterdam on Plein 1940 plaza in 1953. This 6.5-metre high sculpture looks as though it is running in terror or screaming towards the heavens in anguish and has a large hole in its chests that symbolises the destruction of Rotterdam’s historic city centre.

The sculpture serves as a mute testament to the horrors of World War II and, specifically, the trauma endured by Rotterdam’s residents during this harrowing period. 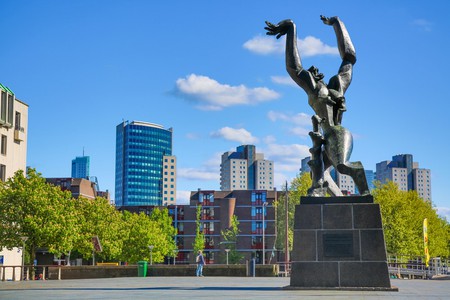