The Stedelijk Museum Honors The 100th Anniversary Of De Stijl 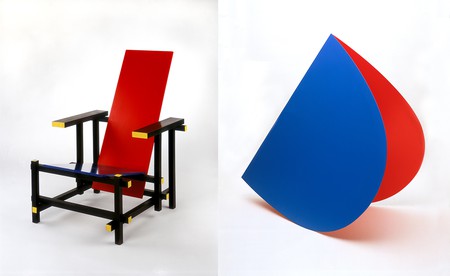 In 1917, Theo van Doesburg published the first edition of De Stijl, the journal which gave its name to the art movement (otherwise known as neoplasticism). For several years the young painter had been scouring the Netherlands for like-minded individuals, and eventually befriended a handful of international artists. These pioneering figures were united by their abstract approach towards visual composition and believed that art should be reduced to its essential components.

Piet Mondriaan, Bart van der Leck, and Vilmos Huszár were among the magazine’s first contributors, and with van Doesburg decided to inaugurate an art movement of the same name. Although today the term De Stijl is generally associated with the abstract, geometrical paintings that were created by this group rather than van Doesburg’s magazine, this date is recognised as the starting point of the movement’s collective oeuvre.

During 2017, the Stedelijk Museum Amsterdam will be celebrating the movement’s 100th anniversary by presenting artwork from its chief proponents alongside lesser known or contemporary examples of De Stijl. The first part of this ongoing series of exhibitions is currently installed inside the Stedelijk’s lower galleries and will be on display until May 21st. For this opening exhibition, the museum has gathered together an impressive collection of modern artwork in order to chart the main events and developments that occurred within De Stijl’s sphere of influence. 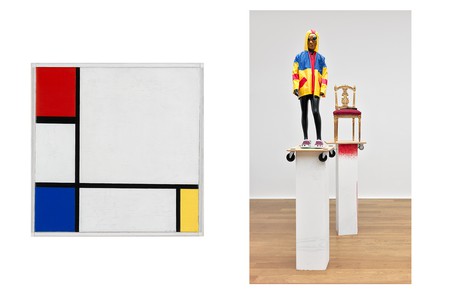 The Stedelijk has always supported De Stijl, and under the guidance of its former director, Willem Sandberg, significantly boosted its presence within the international art world during the early part of the 20th century. In fact, the Stedelijk recently launched a new internal research program that will interpret De Stijl via innovative, experimental curatorial methods.

These deep ties to De Stijl have allowed the Stedelijk to create an astoundingly comprehensive account of its legacy, ideology and historical impact. By presenting a relatively small selection of artworks accompanied by in-depth labels, the exhibition immediately explains the main ideas behind van Doesburg and his comrades’ vision. De Stijl’s main proponent, it is shown, were obsessed by mental and psychical harmony, believing that basic colors and straight lines could represent a sense of universal reason.

While van Doesburg and Mondriaan remained attached to this type of philosophically-driven aesthetic, many of their contemporaries were less dogmatic, and ideas associated with De Stijl eventually seeped into unrelated artwork. Roy Lichtenstein, for example, employed similar techniques while working within American Pop Art – a fact that the exhibition illustrates by presenting his work amidst the retrospective.

Other artists, such as Bas Jan Ader, took the basic elements of De Stijl and reinterpreted them according to their personal artistic preferences, subsequently creating artwork that shares a family resemblance to Mondriaan or van Doesburg’s paintings while moving in previously unexplored directions.

Apart from this fascinating visual chronicle, the Stedelijk will also host two more exhibitions covering De Stijl during 2017 that will focus on more obscure aspects of the movement’s history.