The Prettiest Places To Cycle In Amsterdam

A massive network of cycling trails meanders through central Amsterdam and the city’s outlying neighborhoods, making it exceptionally easy for cyclists to discover less explored areas of the Dutch capital. These wide, open paths lead towards a number of charming districts that are surrounded by breathtaking architecture and natural beauty.

Ijburg is an architecturally stunning neighborhood on the eastern borders of Amsterdam. The area is actually built upon completely artificial ground, reclaimed from the sea in order to address Amsterdam’s housing crisis. This premeditated approach to urban planning means that Ijburg has a unique civic layout, and its streets are arranged around a grid system – a design which is almost unheard of inside the Netherlands. Ijburg has an impressive quota of modern architecture, and most of the neighborhood’s residential buildings recall Dutch neoplasticism. A magnificent bridge called Nesciobrug connects Ijburg with Amsterdam-Oost, which can be mounted by cyclists. 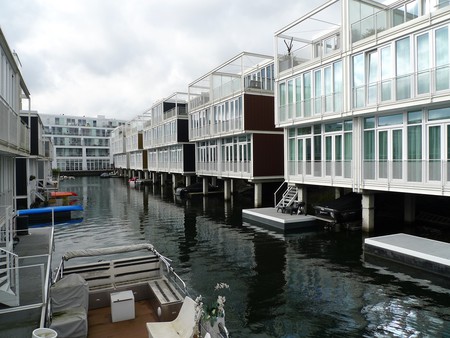 Over the past two decades, Amsterdam’s eastern docklands has gained an increasing number of monumental buildings. This post-modern skyline is the result of an assertive planning policy developed by the city’s municipality which was devised to rejuvenate the area and to decongest Amsterdam’s town center. To accomplish this, the municipality gave planning permission to several important cultural initiatives, leading to the construction of a series of impressive, ultra-modern structures that includes NEMO, ARCAM, Muziekgebouw aan ‘t Ij, and Openbare Bibliotheek Amsterdam. Like most of Amsterdam, Oosterdok contains a remarkable system of cycle paths that pass under the area’s towering architecture. 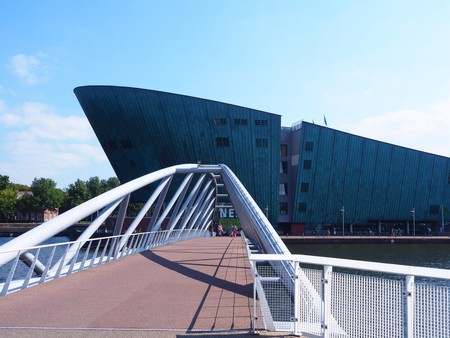 This massive, man-made forest lies adjacent to Amstelveen and is three times larger than New York’s Central Park. The area was built in the early 20th century as a suburban retreat for Amsterdam’s residents, giving the city a large, green belt that could be easily accessed from its urban center. A system of artificial lakes and rivers wind around Amsterdamse Bos‘ luscious grasslands, and the whole park is connected by a series of cycle routes. The park’s wooded areas are ideal for off-road biking, and its larger terrains possess hills – a geographical feature that is exceptionally rare inside Noord-Holland. 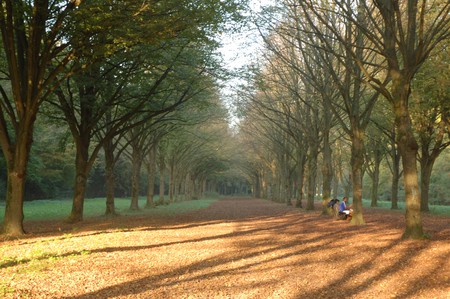 Amsterdam’s northern shore has experienced a massive cultural revival over the past decade and is regularly called the trendiest part of the city. Although there is a lot of ground to explore in Noord, Overhoeks and NDSM-werf are undoubtedly the most popular destinations in the neighborhood, mainly due to their outstanding architecture and cultural establishments. A number of cycle routes run between these areas, and each has its own ferry terminal. Overhoeks is primarily associated with two monumental, modern buildings, namely the Eye Film Institute and A’DAM Toren, whereas NDSM-werf is significantly more industrial with most of the area’s restaurants and clubs built inside repurposed shipping warehouses. 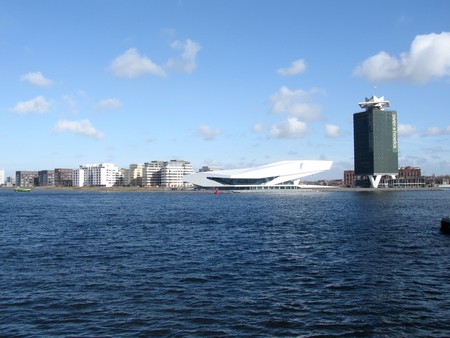 Numerous cycle paths wind through Westerparks‘ green meadows and wooded areas, leading to a large industrial complex that has been converted into an enormous cultural center. The park is easily accessible from central Amsterdam and lies immediately west of de Jordaan. Like most of Amsterdam’s recreational grounds, Westerpark was built around the city and trails down a long, narrow strip of land that runs parallel to Haarlemmervaart canal. For a long time, its center contained a working power plant and gas storage facilities, buildings that were designed according to Dutch neo-renaissance standards. This site is now known as Westergasfabriek and features a pavilion of restaurants, bars, and clubs. 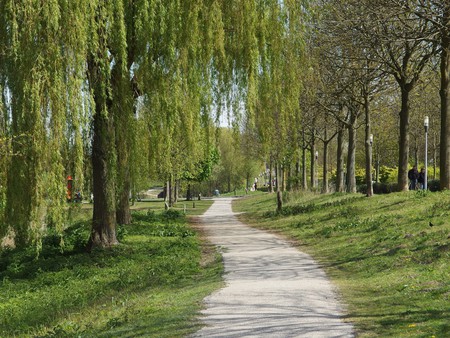 After the Ij, the Amstel is the largest body of water in Amsterdam, and its banks are lined with a long list of historical buildings. The river begins in central Amsterdam and then flows southwards towards a small, rustic village called Ouder Kerk aan de Amstel. Inside Amsterdam, the Amstel runs past several important landmarks including the Jewish Quarter, Hermitage Museum, and Magere Brug, each of which is exceptionally photogenic. After around five kilometers, this picturesque route turns into a large park called Amstelpark, which features several beautiful flower gardens and a petting zoo, and then continues onwards beyond Amsterdam’s borders. 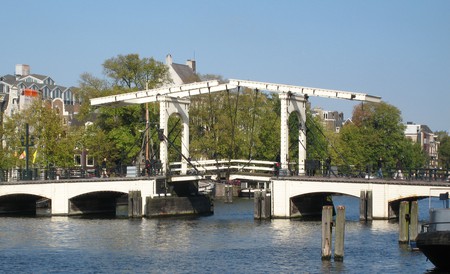