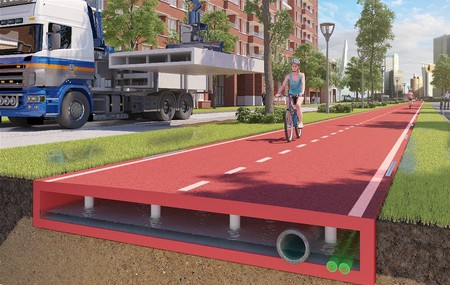 Other cities may commission the cycling paths in the near future | © PlasticRoad, the Netherlands

Within the next six months, cycle paths made from recycled plastic will begin appearing in the Netherlands. These innovative feats of engineering are designed to solve several problems at once and are reportedly more versatile than regular roads.

The project in question, which is known as PlasticRoad, has been under development since 2015 and was created by Dutch engineering firm KWS, in collaboration with pipe manufacturers Wavin and energy company Total. Rather than relying on conventional materials like tarmac or cement, the project uses recycled plastic to build lightweight prefabricated blocks of road, which can be transported in bulk and quickly installed at construction sites. As these blocks are hollow, it is possible to equip them with interior systems like drainpipes, electronic cables and traffic sensors before they are completed, creating made-to-order pieces of road that integrate seamlessly into pre-existing structures. 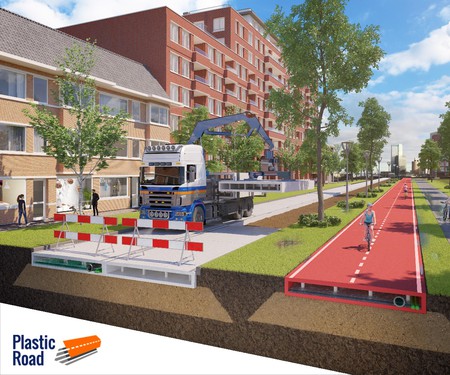 The blocks are easy to transport and install | © PlasticRoad, the Netherlands

According to PlasticRoad, these prefabricated blocks require considerably less maintenance than normal roads and may last three times longer than their older counterparts. After they are finally decommissioned, the blocks themselves will be recycled to create additional material for roadworks, in turn combatting environmental issues related to plastic waste. Although the blocks are strong enough to carry cars and other motor vehicles, during the project’s testing phase, PlasticRoad will use them to construct cycling paths. 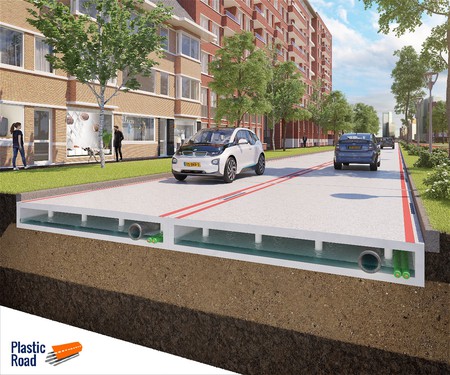 The roads will be tested in the city of Zwolle | © PlasticRoad, the Netherlands

PlasticRoad expects to complete their first commission – a 30-metre long cycle path in the city of Zwolle – in September 2018, and then build another route elsewhere in the Overijssel province soon after. These initial paths will allow PlasticRoad to test their invention and hopefully pave the way for similar projects in other cities around the Netherlands.

Other cities may commission the cycling paths in the near future | © PlasticRoad, the Netherlands

Though certainly inventive, this isn’t the first time that roads made from recycled materials have appeared in the Netherlands. In fact, over the past 18 months, several roads in the province of Friesland have been paved with a state-of-the-art type of asphalt, which contains a thickening agent derived from recycled toilet paper. Amsterdam also boasts many innovative and environmentally-conscious projects, including a plastic fishing tour that helps keep the city’s canals free from harmful litter and the world’s first plastic-free shopping aisle, which is located inside an Ekoplaza supermarket near Vondelpark.