The Most Impressive Castles in the Netherlands 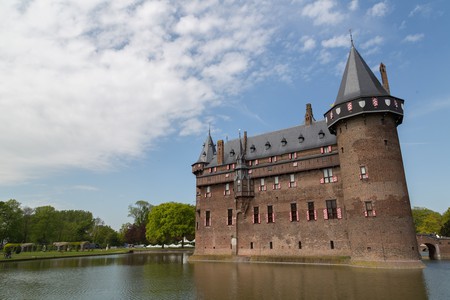 Amidst the hundreds of castles that were built in the Netherlands over the past two millennia, many have survived until the present day. Although a significant number of these impressive fortifications have remained in private hands, others are open to the public and welcome visitors throughout the year.

The province of Utrecht’s most famous castle was designed by celebrated Dutch architect Pierre Cuyper’s, whose illustrious portfolio includes several other Neo-Classical masterpieces such as the Rijksmuseum and Centraal Station in Amsterdam. Although the castle’s current form dates back to the late 19th century, a stronghold has stood on its foundations since at least 1391. Like other buildings created by Pierre Cuypers, Kasteel de Haar’s stately form at once homages classical Dutch architecture whilst paying close attention to 19th century demands and preferences. 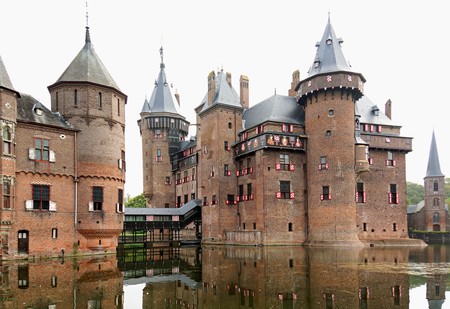 According to historical sources, Muiderslot was originally built by Count Floris V in the late 12th century. Besides providing Floris with a stronghold, the castle also acted as a tollhouse, allowing the Count to capitalise on nearby trade routes. In 1296, Floris met a grizzly end after another noble imprisoned and then murdered him within Muiderslot. Since then, the castle has passed between several families and was once owned by celebrated Dutch poet and historian P.C. Hooft. Today, Muiderslot is open to the public and easily accessible from Amsterdam or Utrecht. 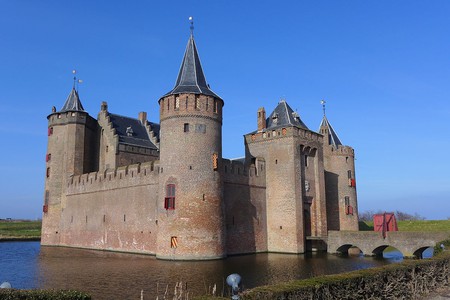 In the late 19th century, the Dutch government decided to develop an elaborate system of fortifications around Amsterdam. These forts were built on a crescent of low-lying land that could be flooded during wartime in order to effectively turn Amsterdam into an inland island, thus making it almost impossible for invading armies to enter the city without passing by a garrison. Although these fortifications are considerably more extensive than traditional castles, they form a continuous wall around Amsterdam and are collectively protected as an UNESCO World Heritage Site. 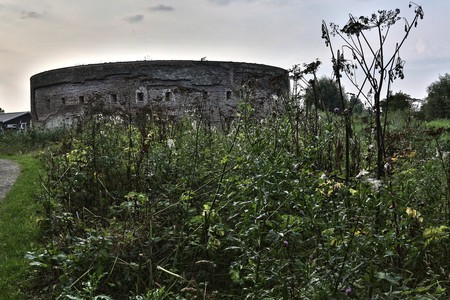 This star-shaped fort in Groningen province was constructed by William of Orange’s army during Eighty Years’ War to serve as a blockade between the Netherlands and Germany. Its pointed bulwarks were designed to deflect cannon fire whilst providing troops inside the fort with an panoramic view of the surrounding area. After the military abandoned the fort in 1851 Bourtange became a regular village and is currently preserved as an open-air museum. 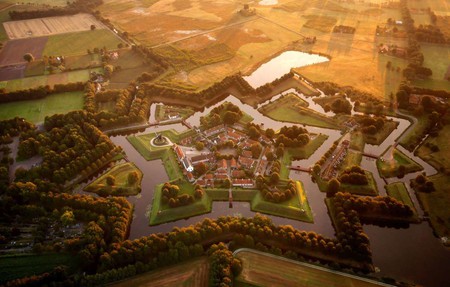 A castle has stood in the centre of Breda since the 12th century and the city developed around this monumental fortification. 200 hundred years after its initial construction, this medieval stronghold was converted into a Renaissance palace and given additional facilities including a completely new chapel. William III of England renovated the castle in the 17th century and the property was owned by his family for generations. As the castle currently contains an active military academy, it is only accessible during supervised guided tours. 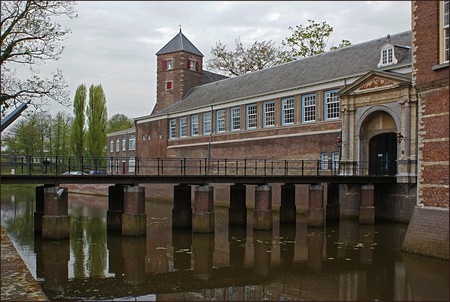 Kasteel Huis Bergh is among the largest castles in the Benelux regions and dates back to the 13th century. The castle gradually expanded until the Dutch Revolt in the 18th century, when it was almost destroyed by the violent conflicts that consumed the Netherlands. Fortunately, it survived these attacks and was successfully reconstructed by a Dutch industrialist called Jan Herman van Heek around 100 years later. Besides its imposing architecture, the castle is also well-known for its impressive art collection that features many Medieval artefacts and early Italian Renaissance paintings. 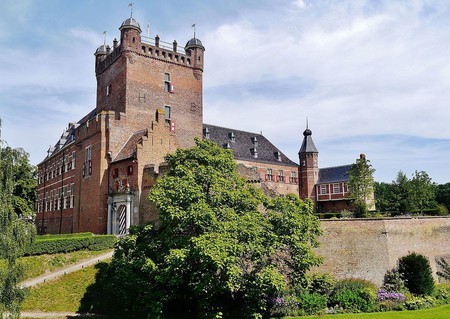 This medieval water castle was built between 1357 and 1397 by a knight called Dirc Loef van Horne, who employed the stronghold to exact money from traders travelling between the Maas and Waal rivers in Holland. The castle’s bastions were considerably bolstered during the Dutch Revolt in the 16th century in order to convert it into a defensively orientated structure. In 1619, the castle was converted into a political prison, which incarcerated several high-profile inmates including the founder of international jurisprudence Hugo de Groot, who famously escaped from Slot Loevestein after serving three years of a life sentence. 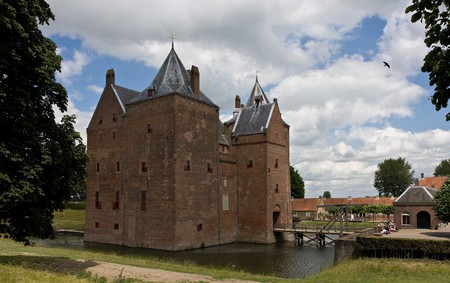 Unlike other Dutch castles, Kasteel Valkenburg was actually built on elevated ground and resides on top of a large hill in Limburg. Although a long succession of castles were constructed on this site from 1115 onwards, the current keep dates back to the 14th century. During the 80 Years’ War this outdated castle was utterly devastated by cannon fire and ultimately abandoned by the Dutch military. However, many of the castle’s majestic towers are still standing and its ruins are currently protected as a national heritage site. 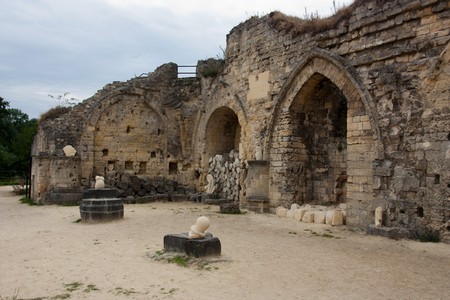