The Most Iconic Windmills In The Netherlands 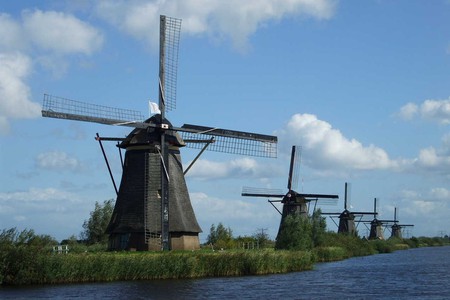 No trip to the Netherlands would be complete without stopping by one the nation’s iconic windmills. Fortunately, there are hundreds of these monumental machines dotted around the country, and we’ve put together a list of the the best windmills to visit in the Netherlands.

This traditional grain mill was built in the early 16th century and at the time was among the tallest buildings in the Netherlands. Its main body and sails sit on top of a rectangular stone house that was once used as watermill. Although the de Gooyer has always remained within Amsterdam, it has been moved several times, and is currently located in the city’s eastern docklands. In 1985, the craft brewery Brouwerij ‘t Ij established its main plant in a bathhouse underneath de Gooyer, and the windmill appears on the label of their principal beers. 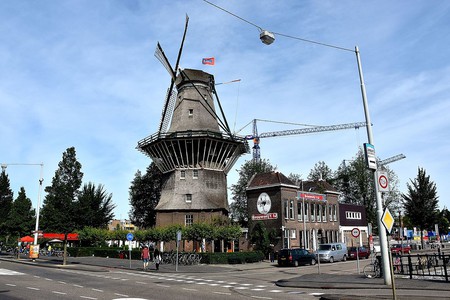 Haarlem’s eastern canal belt runs past a beautiful windmill called Molen de Adriaan that was originally built in the 18th century by a wealthy local merchant. Unfortunately, the de Adriaan was almost completely destroyed by a storm that swept through Haarlem in the the 1930s. After this event, Haarlem’s municipality decided to rebuilt the windmill in order to restore the city’s skyline to its former glory. The windmill is now a museum and contains several exhibitions that explore the Netherlands’ long history with milling technology. 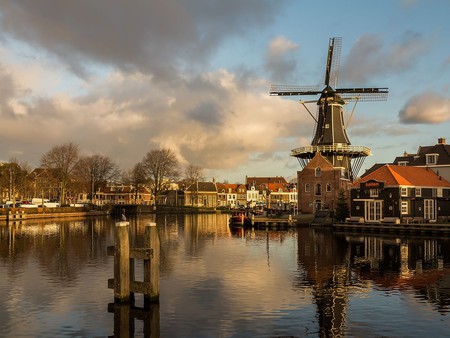 The Mill Network at Kinderdijk-Elshout

This elaborate system of windmills was constructed to pump water from Zuid-Holland’s marshlands and helped to create a large, low-lying tract of land that effectively turned the surrounding area into a fertile hinterland. Nineteen windmills were built on this site during the 18th century, and the network has the largest concentration of historic windmills in the Netherlands. Today, the area is an Unesco World Heritage Site and can be accessed via a bus service that regularly travels between Rotterdam and Kinderdijk. 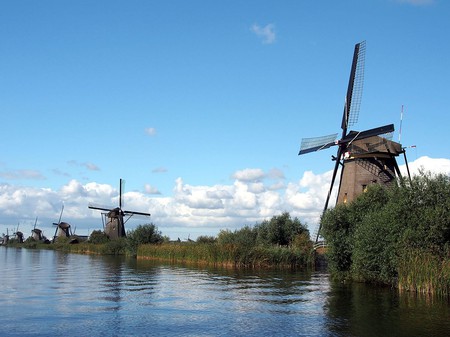 Zaanse Schans is an historic neighborhood on the western side of Zaandam – a small, picturesque city just north of Amsterdam. This residential area resembles an open air museum due to its astoundingly well-preserved cottages, bakeries, and windmills. Most of Zaanse Schans’ mills were originally located elsewhere in the Netherlands but were transported to the area during the 20th century. These colorful machines are still operational and continue to produce a range of goods including dye, timber, and mustard. 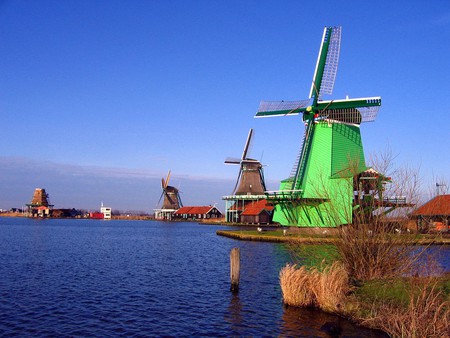 The Windmills of Schiedam

In the 18th century, the small Dutch city of Schiedam became famous for its jenever distilleries, and these enterprises built twenty windmills inside the town’s walls in order to quickly grind down grain for their factories. These machines were notoriously tall, due to the lack of wind inside of Scheidam. Today, five of their number are still standing, and Scheidam’s windmills are recognized as the tallest in the world. To discover the history behind these magnificent structures, visitors can stop by De Nieuwe Palmboom – a gigantic windmill that has been converted into a museum. 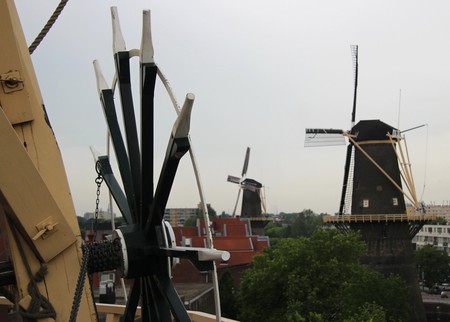 A windmill has stood on the foundations of Molen de Valk since the early 17th century, and its sails have become an iconic part of Leiden’s skyline. Its current model was built in 1743 and has been operational for most of its history. This towering machine was equipped with six mill stones, making it one of Leiden’s main sources of grain. The mill’s interior was changed into a municipal museum in 1996, and it contains several fascinating exhibits that detail Molen de Valk’s cultural significance. 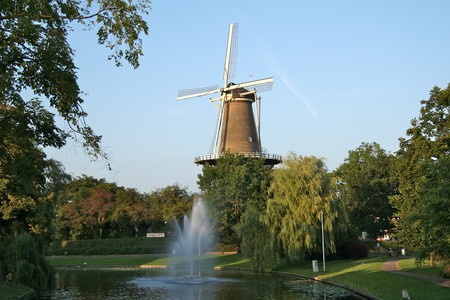