The Most Beautiful Churches In Amsterdam 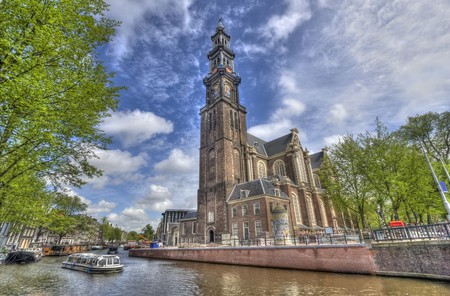 Over the centuries, many religious buildings have been built in Amsterdam, including a number of important and stunning churches that are still standing today. Several of these incredible churches rank among the oldest surviving buildings in the city, whereas others were completed in response to the Reformation in the 17th century. 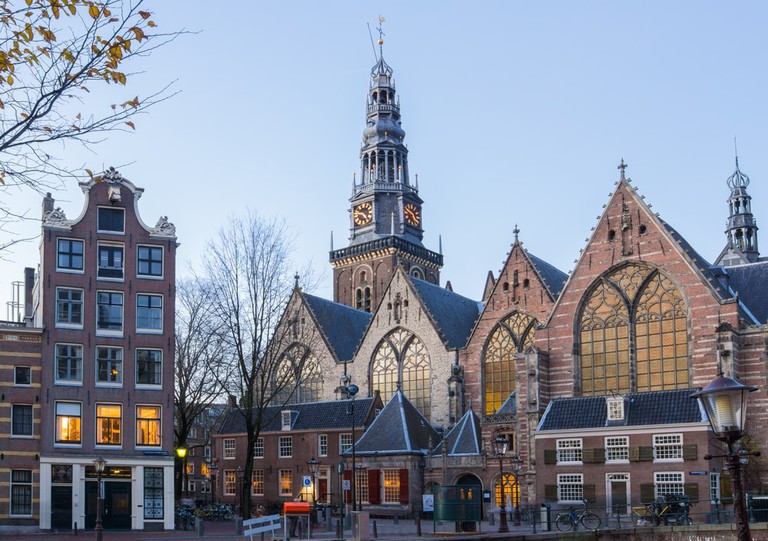 Oude Kerk in Amsterdam, the Netherlands | © A. Storm Photography / Shutterstock

As the oldest building in Amsterdam, it is no surprise that Oude Kerk has an intriguing history. The church was consecrated in 1306 by the bishop of Utrecht and was originally used for Catholic services. During the Reformation, Dutch Protestants ransacked Oude Kerk, stripping away any iconography that depicted God or his saints in order to convert it into a Calvinist church. Though it has witnessed more than its fair share of troubles over the years, the church has remained more-or-less intact since the 17th century and still features many age-old elements, including its vaulted wooden roof that dates back to the Middle Ages. 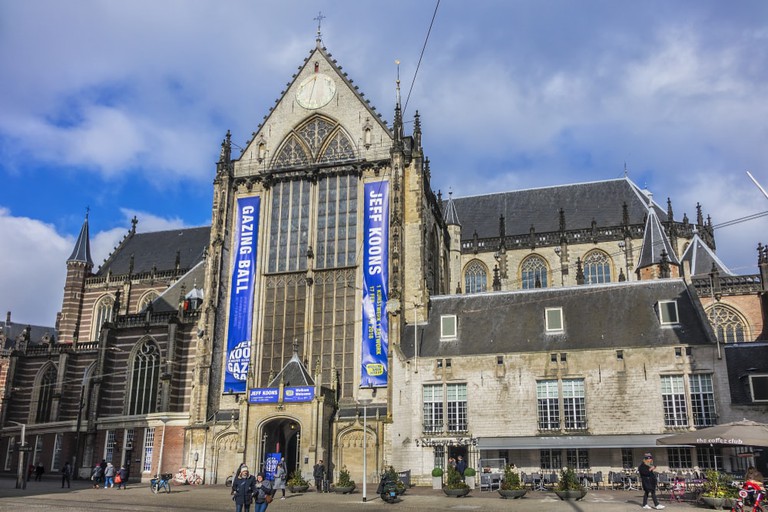 In the early 15th century, the bishop of Utrecht gave Amsterdam’s municipality permission to build a new church on Dam Square, which they completed in 1509 and named de Nieuwe Kerk (the New Church) in order to differentiate it from the older, Oude Kerk. Unfortunately, this building was seriously damaged in 1654 when a fire consumed large parts of central Amsterdam. Nieuwe Kerk was rebuilt a few years later and designed to resemble Southern gothic architecture. Its proximity to the Royal Palace made it a perfect candidate for stately ceremonies and the church is still used for coronations. Aside from religious ceremonies, nowadays, the church also hosts exhibitions, including World Press Photo’s yearly expo.

After the Reformation in the 17th century, the newly converted Protestant Dutch government officially outlawed Catholicism, forcing believers to practise their faith in secret. This led to the construction of secret Catholic churches around Amsterdam, including one chapel in de Wallen, known as Ons’ Lieve Heer op Solder, which was hidden inside the upper floor of a canal house. The narrow, secret sanctuary somehow survived this turbulent period and at the end of the 19th century, it was converted into a wonderful museum that appears to be completely frozen in time. 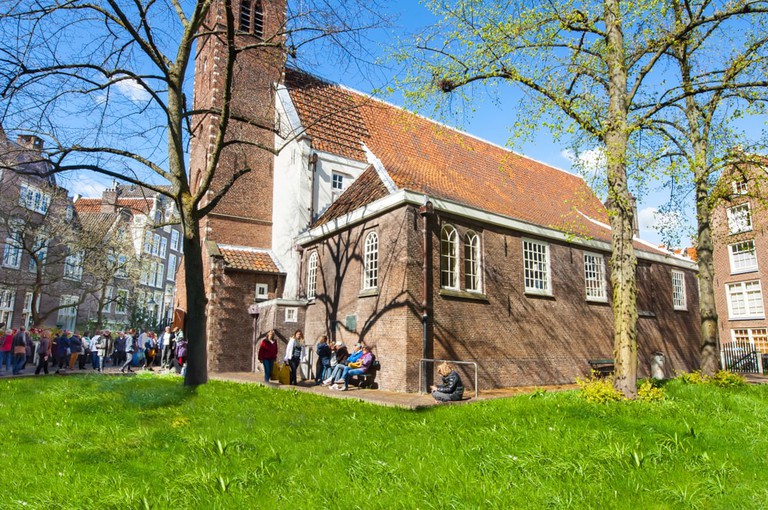 When the Dutch government adopted Calvinism in 1578, Amsterdam’s municipality confiscated this small chapel, now known as the English Reformed Church, from a Catholic convent living inside of an enclosed commune behind Spui, called Begijnhof. In 1607, the church was given to the city’s English-speaking Protestants as a place of worship. Since then, its weekly rituals have continued almost without interruption and today, the church continues to serve Amsterdam’s English-speaking congregation. Queen Elizabeth II visited the church in 2007 to honour its 400th anniversary. 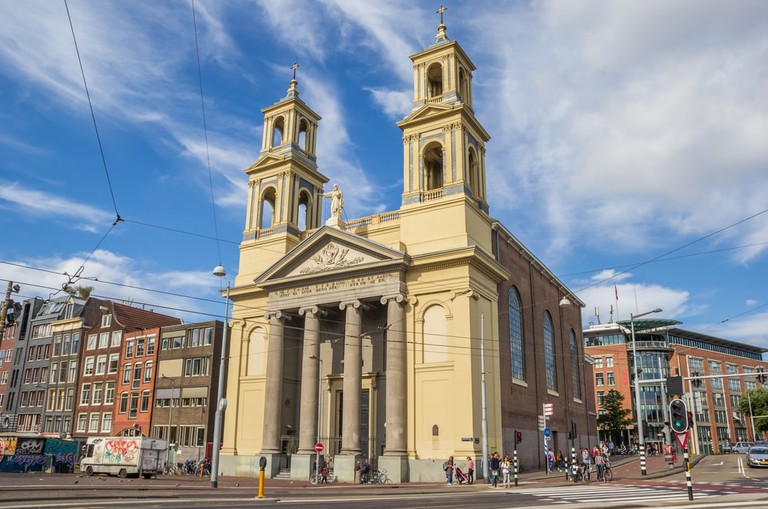 This large Roman Catholic church grew from an older clandestine church hidden inside a townhouse on the outskirts of Amsterdam’s Jewish quarter, which was founded so that its original parishioners could worship in secret during the ban on Catholicism. As their numbers grew, the church expanded into other buildings. Spinoza is said to have grown up in one of these houses before it was purchased by the congregation in question and when the ban on Catholicism was lifted in the mid 19th century, the clandestine church was demolished and replaced with a contemporary public place of worship.

Church of St. Peter and St. Paul (The Parrot) 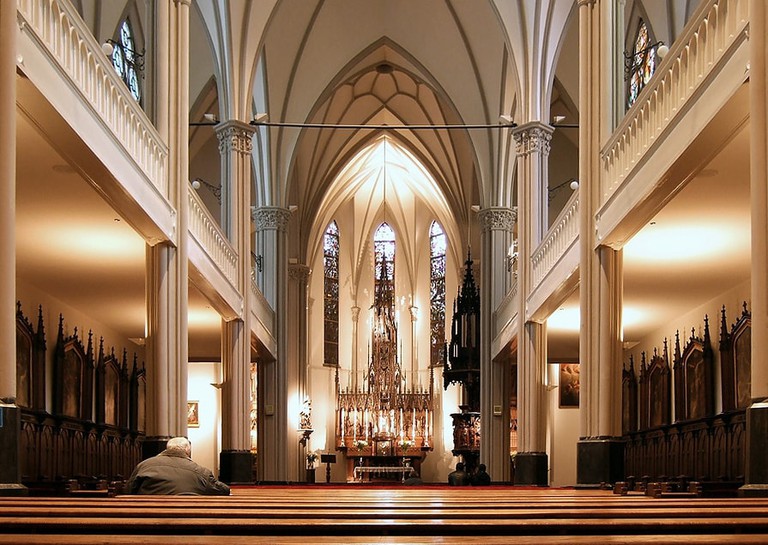 This narrow church is tucked inside of Amsterdam’s bustling Kalverstraat and originally served the city’s oppressed Catholic community. Because of Calvinism’s dominance, the church’s original Catholic congregation built it without the aesthetic flares associated with the faith to disguise its presence. This modest design successfully fooled the authorities and allowed parishioners to practise their faith in relative peace. Its entrance is marked by two statues: a life-size sculpture of St. Joseph and a large parrot perched on top of a stand. 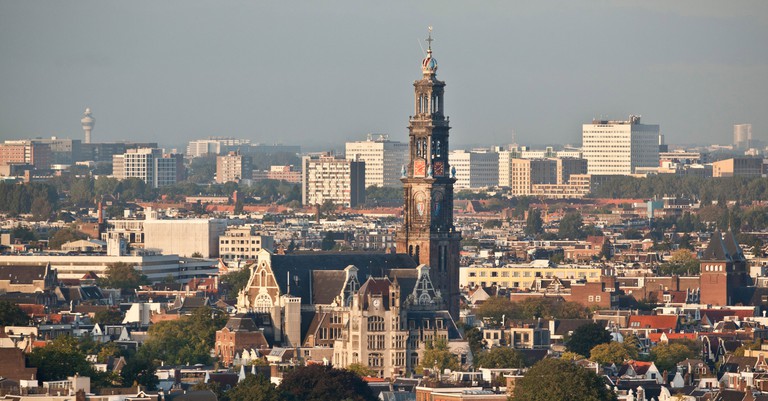 Westerkerk stands on the western side of Amsterdam’s iconic 17th-century canal belt and was built around the same time as these waterways. Like Zuiderkerk, it was constructed specifically for Calvinist services and is recognised among the many examples of Dutch Renaissance architecture located in Amsterdam. Its towering steeple reaches 86 metres and contains 51 gigantic bells that can be heard playing throughout de Jordaan. The church is the largest, and arguably most important, Calvinist place of worship in Amsterdam and serves as the final resting place for many of the city’s most famous, historical residents, including Rembrandt van Rijn. 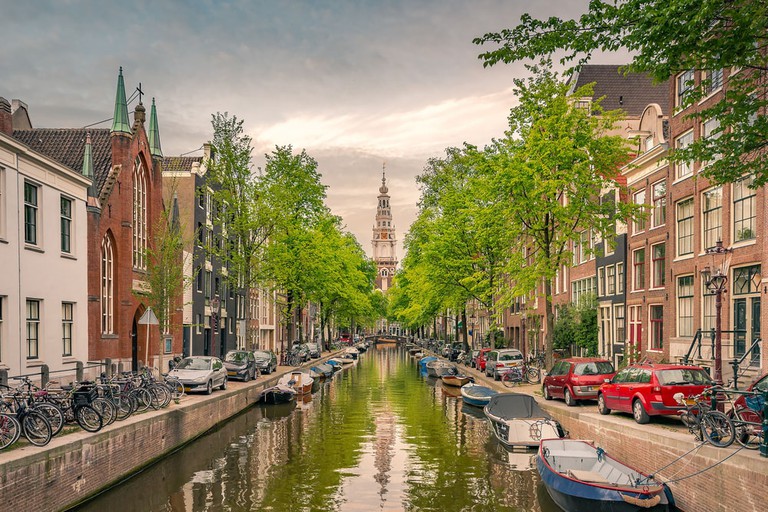 After the majority of the city’s resident converted to Calvinism during the Reformation, Amsterdam’s municipality decided to build a completely new Protestant church just outside of Nieuwmarkt. The church was completed in 1611 and named Zuiderkerk (the Southern Church). Unlike the Oude Kerk, this new building was specifically designed to accommodate Protestantism, meaning that its interior was left relatively bare to meet the faith’s modest sensibilities. Nonetheless, Zuiderkerk is astonishingly beautiful and is attached to a colossal bell tower that plays cheerful melodies throughout the day.