The Most Beautiful Buildings in Friesland, Netherlands 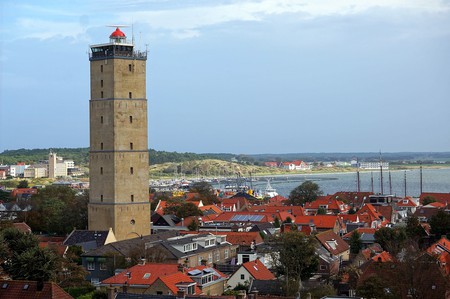 The most northerly province of the Netherlands, Friesland, has more than its fair share of architectural wonders, including the following eight stunning windmills, palaces and towers — all of which are protected by the Dutch government as national monuments. 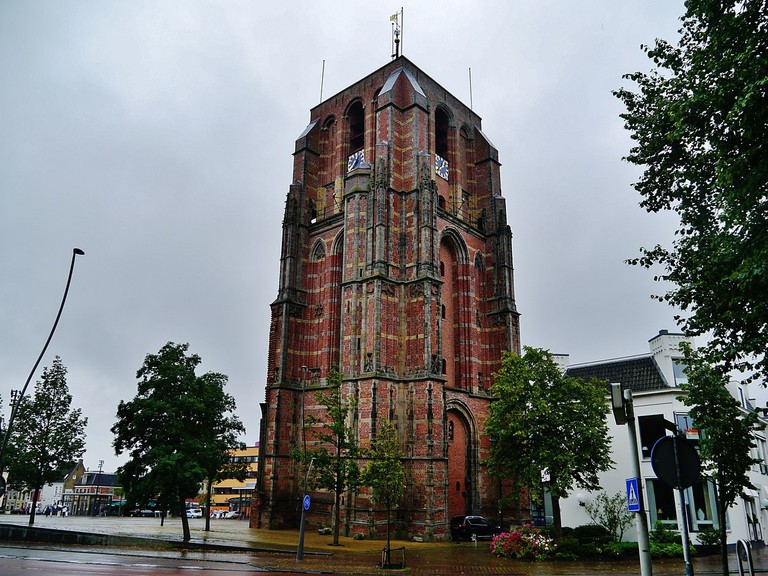 Oldehove | Zairon / WikiCommons
Leeuwarden’s iconic leaning tower was completed in the mid-16th century and originally stood next to a church that has since been demolished. Oldehove began to slope during its construction and currently tilts more to its side than the Leaning Tower of Pisa. Although it might look rather unstable, the tower stands on solid foundations and has been securely fixed in place. It is possible to enter the tower every day of the week between 13.00 to 17.00.
Open In Google Maps
Oldehove, 1 Oldehoofsterkerkhof, Leeuwarden, Friesland, 8911 DH, The Netherlands
Visit Website
Give us feedback

Sneek’s stunning Waterpoort played a crucial role within the city’s defensives for centuries. The gatehouse stands on an important waterway that connects Leeuwarden with Stavoren and allowed officials in Sneek to effectively manage the water traffic flowing between these trading hubs. It’s current, decorative gate dates back to the early 17th century and was built on the foundations of an even older fortification. 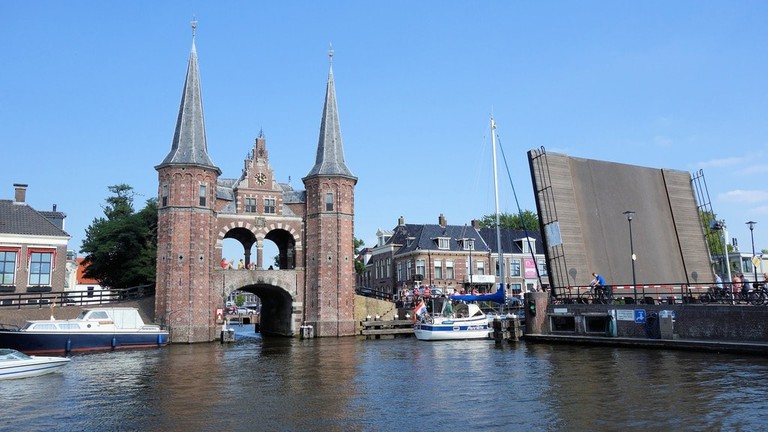 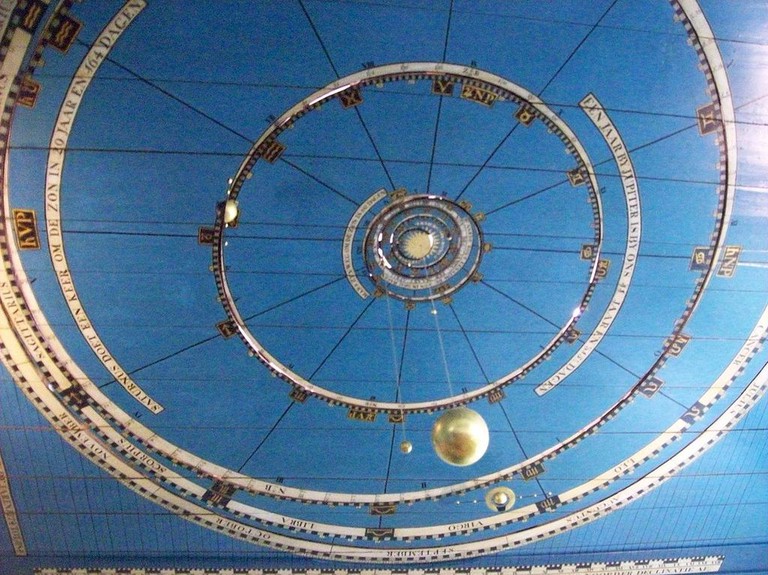 The orrery | © Niels Elgaard Larsen / WikiCommons
While this building might seem rather modest from the outside, it contains an elaborate working model of the solar system which almost became a UNESCO World Heritage site in 2011. This incredible piece of machinery hangs from the planetarium’s ceiling and replicates the movements of the Earth’s closest celestial bodies via clockwork. As it was completed in 1781, it is recognised as the oldest working orrery in the world.
Open In Google Maps
3 Eise Eisingastraat, Franeker, Friesland, 8801 KE, The Netherlands
+31517393070
Visit Website
Give us feedback 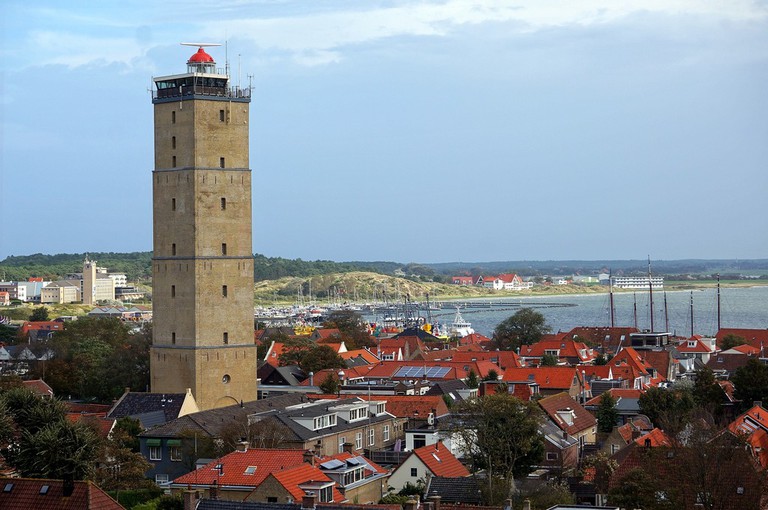 Brandaris, Brandarisstraat 2 | © ei6/Pixabay
The light emanating from Brandaris has illuminated the island of Terschelling’s shores since 1594. The lighthouse is the oldest building of its kind in the Netherlands and features an almost unique, multi-tiered design. The tower’s lighting system has been modified significantly over the years and Branderis still serves as a working lighthouse. 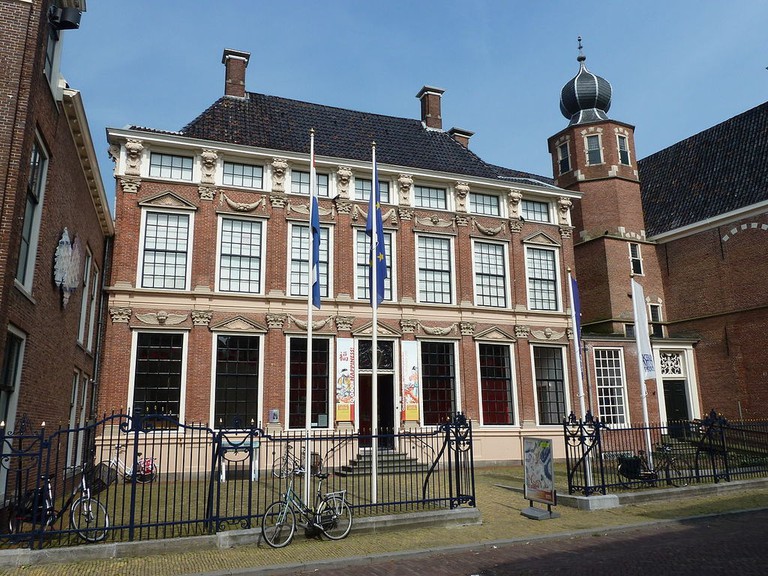 Princessehof Ceramics Museum | © Bouwe Brouwer / WikiCommons
The building that contains Leeuwarden’s ceramics museum was once owned by princess Marie Louise of Hesse-Kessel, who reigned over the Netherlands during two different regency in the 18th century. After her death in 1765 Marie Louise’ palace was split into three houses, one of which became M.C. Escher’s birthplace. In the early 20th century art collector Nanne Ottema and his wife Grietje Kingma purchased the palace, then founded Princessehof Ceramics Museum within its halls.
Open In Google Maps
9 Grote Kerkstraat, Leeuwarden, Friesland, 8911 DZ, The Netherlands
+31582948958
Visit Website
Give us feedback

Zeldenrust (Seldom at Rest) windmill has stood on the western side of Dokkum’s defensive city walls since 1862. The mill has passed between several owners over the years and was Dokkum’s tourist board in the late 1960s. Its sails and machinery are still in working order and it is possible to visit the mill after booking an appointment. 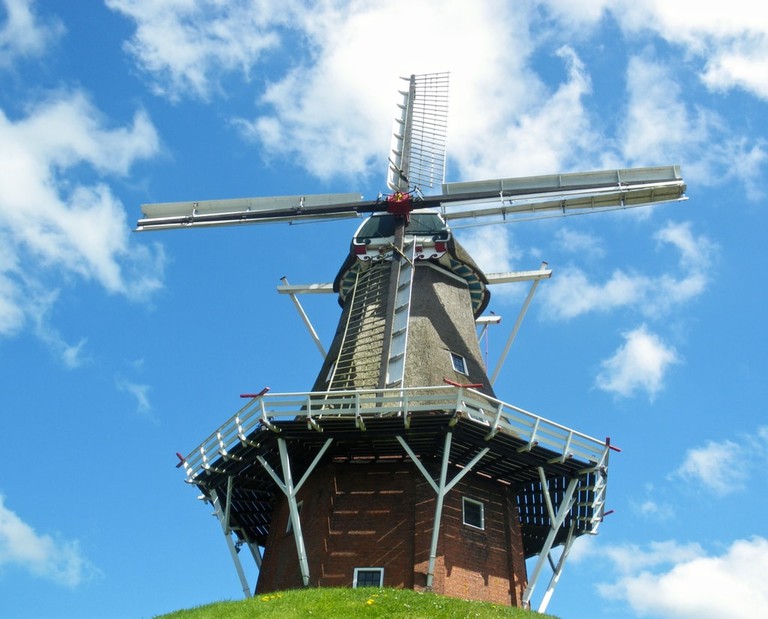 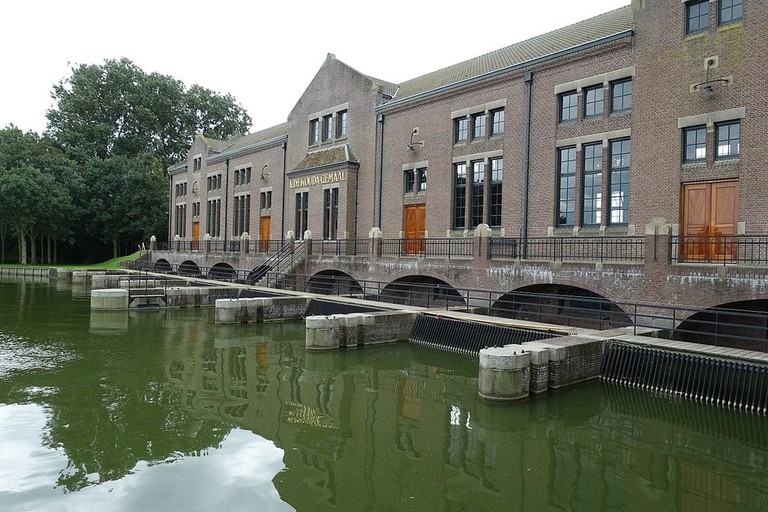 Ir.D.F. Woudagemaal | © Ellywa / WikiCommons
This industrial pumping station was completed in 1920 and has continued to maintain water levels in Friesland ever since. Due to the building’s historical and cultural significance, UNESCO added Ir.D.F. Woudagemaal to its list of World Heritage sites in 1998. The station welcomes visitors throughout the year, who can learn more about its history on tours around the facility or at Ir.D.F. Woudagemaal’s modern information centre.
Open In Google Maps
1a Gemaalweg, Lemmer, Friesland, 8531 PS, The Netherlands
+31514561814
Visit Website
Give us feedback

Fortified buildings have stood on the foundations of Blokhuispoort since at least the 16th century and the complex has either served as a stronghold or prison for most of its history. The current complex was built in the middle of the 19th century and features austere, neo-classical elements such as pointed turrets and red-brick motifs. Blokhuispoort was converted into an enormous cultural centre in the 2007 and now contains dozens of creative businesses. 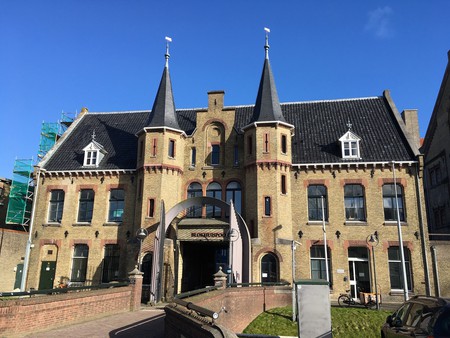