The Most Beautiful Bridges in Amsterdam

Hundreds of picturesque bridges weave over Amsterdam’s scenic waterways, creating a wonderful lattice of architectural wonders. Many of these impressive structures actually date back several centuries, while other were built at important moments during Amsterdam’s history. Here’s the most beautiful of their number.

Due to its breathtaking location and charming silhouette, Magere Brug might be the most romantic spot in Amsterdam. The bridges’ narrow walkway unites the western and eastern banks of the river Amstel, making its central deck ridiculously photogenic. 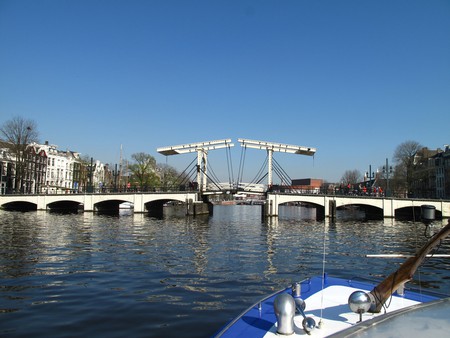 This architecturally stunning cycle bridge connects Amsterdam-Oost with Ijburg. As its northern slope lands on an ancient clay-bank where Dutch author Nesico often took long walks, the bridge’s creators decided to name their project after this famous literary figure. 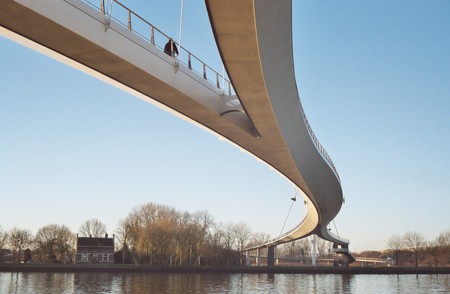 Torensluis is the oldest surviving bridge in Amsterdam and dates back to the mid-17th century. Due to its impressive width, for many years traders in Amsterdam would congregate on the bridge and today a bronze statue of Dutch author Multatuli is located on its centre. 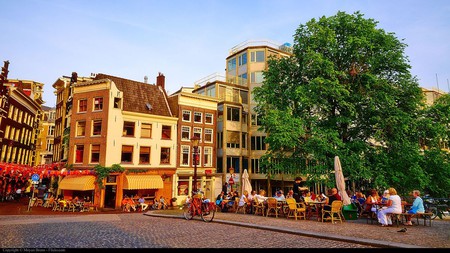 As Amsterdam’s canal belt continued to expand during the 16th century, the city’s government decided to construct a modern bridge over the river Amstel in order to establish a unified system of urban fortifications. Eventually this strategic structure was replaced with a beautiful Parisian style bridge, which is still standing today. 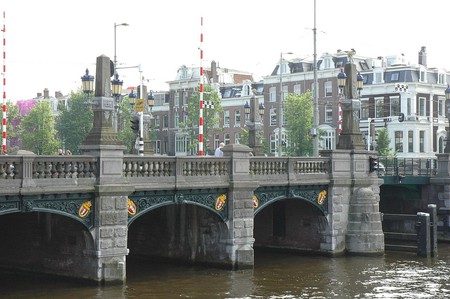 Although the name of this iconic structure translates into English as Blue Bridge, the said hue is actually noticeably absent from its color scheme. This misleading title derives from another, older bridge, that stood in the same spot during the 16th century, which was replaced in 1883. 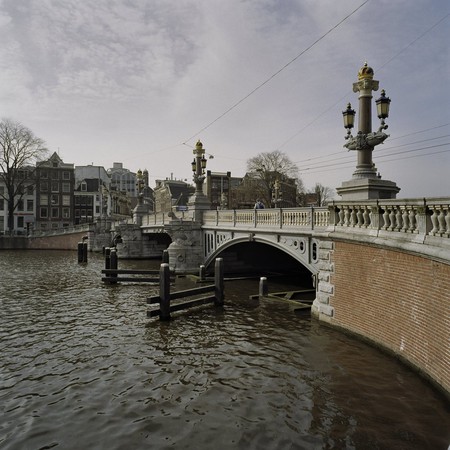 This picturesque iron footbridge in the centre of Amsterdam crosses over Oudezijdsvoorburgwal canal and looks onto several typical Dutch townhouses. As small boats constantly stream underneath its arched walkway, photographers often camp out on the bridge in order to capture life on Amsterdam’s canals. 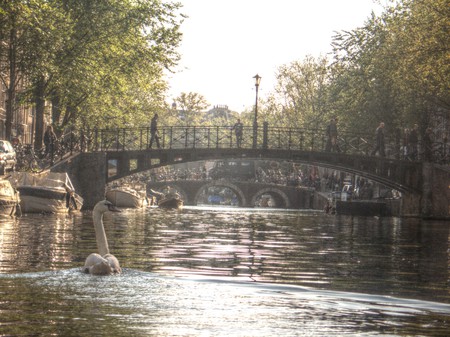 This national monument was designed by HP Berlage, a famous urban planner who significantly influenced Amsterdam’s modern layout. Berlage often incorporated rectangular towers into his designs and decided to add a singular turret to this functional structure, which was then emblazoned with a ceramic, human-shaped sculpture that represents Amsterdam’s brilliance. 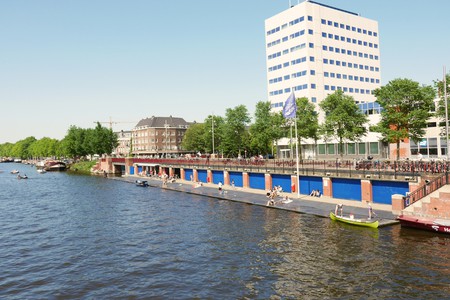 Before designing the nearby Scheepvaarthuis alongside other prominent Amsterdamse School architects, Joan Melchior van der Mey worked on Waalseilandbrug. Like other structures associated with the Amsterdamse School, the bridge features elaborate flourishes and unusual, geometrical patterns, such as its triangular arches and decorative iron railings. 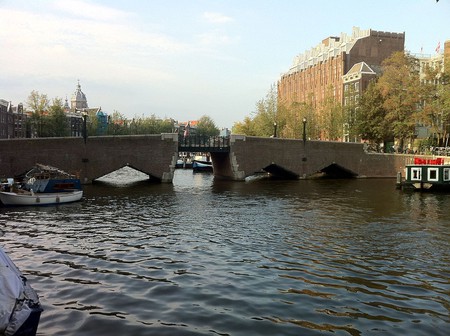 Waalseilandbrug | © A. Bakker / WikiCommons
Give us feedback