The Greatest Pop Songs That Will Help You Learn Dutch 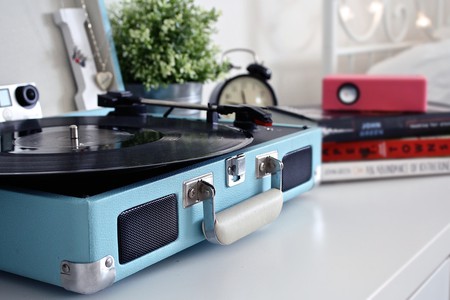 Looking for an effective, engaging way to start learning Dutch? Then make sure to check out the following popular tracks from the Netherlands that feature catchy refrains, first-rate songwriting and reasonably discernible lyrics.

Dutch and English actually share many similar words including several cognates that are spelled identically. For instance this pensive song by Dutch rap icon Nasty contains phrases that are probably recognisable to English speakers including its title which translates to a moment without you.

Even though it is pretty common to hear younger people in the Netherlands use the term watskeburt, you probably won’t find this neologism in most Dutch language textbooks. The word essentially means what’s up? or perhaps more accurately: whassup? and much like its English equivalents is employed in many different contexts. For example, in this song by de Jeudg van Tegenwoordig it serves as an adjective to denote things that are relevant, important or cool.

Any 1990s loving, Nederlandophiles should definitely check out Linda, Roos en Jessica’s back catalogue, especially this racy ear worm from 1995 about becoming breathless during intimate moments. The song’s structure is easy enough to follow and features an insanely catchy chorus.

Dutch singer-songwriter Anouk made her name performing heartfelt English language anthems including her breakthrough 1997 track Nobody’s Wife. She released her first ever Dutch language single in 2015 which details a stormy love affair involving a woman named Dominique. The song’s lyrics contain many common Dutch words and phrases, including verbs like dansen (to dance) hopen (to hope) or denken (to think).

This iconic tune by Dutch children’s choir Kinderen Voor Kinderen is told from the perspective of a boy growing up with two gay dads. The song was released four years after same-sex marriages were legalised in the Netherlands in 2001 and features simple, catchy lyrics that revolve around families, school and home life. Kinderen Voor Kinderen have produced many other easy-to-follow tracks that candidly address childhood issues, including two particularly famous songs about living with ADHD and growing breasts.

Even people that have never heard Dutch before will probably get the gist of this hard-hitting rap track by Lil’ Kleine and Ronnie Flex. As you might have guessed the song’s title translates to drink and drugs and its lyrics mainly center around this subject matter.

This hit single by Amsterdam’s golden son André Hazes recounts the story of a lonely prisoner enduring Christmas while his family celebrate the holidays without him. The song essentially set the tone for Hazes’ career and ranks among his most iconic ballads. Eenzame Kerst features plenty of festive vocabulary and includes some very memorable lines about longing, regret and pain (that basically every Amsterdammer knows by heart).