The Essential Guide to Madurodam, the Hague's Mini Netherlands 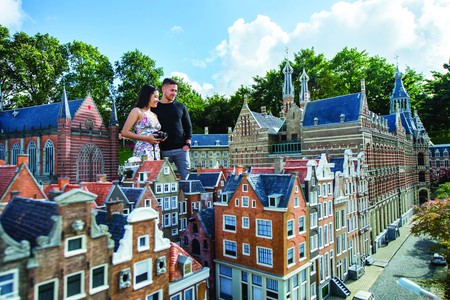 Madurodam attraction park has wowed visitors with its astonishing miniature replicas for over 60 years and features many photorealistic models of iconic Dutch landmarks. The park was established in the 1950s in order to raise funds for local health care programs and has continued to donate its profits to charitable organisations ever since.

After visiting Buckinghamshire’s famed Bekonscot model village in the early 1950s, Madurodam’s founder Mrs. B. Boon-van der Starp decided to build a similar project in the Hague to generate additional funds for a clinic where young people afflicted with tuberculosis were treated while they completed their studies, called the Dutch Student Sanitarium. Boon-van der Starp eventually obtained funds from the parents of Jewish-Dutch war hero George Maduro and agreed to name the park after their son to honour his memory. 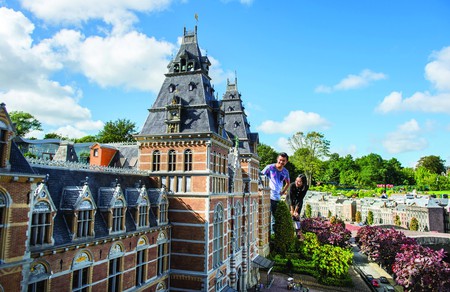 The model of the Rijksmuseum at Madurodam | © Madurodam

When the park was completed in July 1952, Princess Beatrix was named as its mayor. She remained an important part of its governance until 1980 when she ascended onto the Dutch throne and relinquished her reign over Madurodam. After her abdication, school children from the Hague were invited to form a new city council for Madurodam and elect a mayor from their own ranks. This council has helped decide which charities receive funding from Madurodam ever since and regularly appears at public events related to the park. 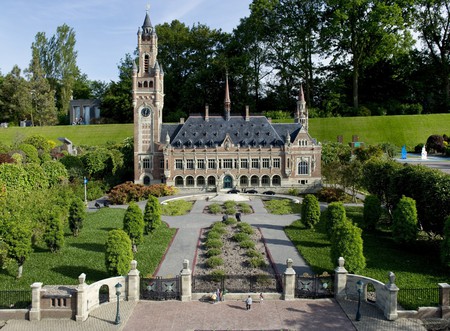 A tiny version of the Hague's Peace Palace | © Madurodam

Today, Madurodam features many familiar sights from around the Netherlands, which have been scaled down and arranged next to one another to form a tiny city known as Minituurstad. These superb models have been assembled with the utmost skill and look almost identical to their real-life counterparts. Much like modern Dutch cities, Minituurstad contains an almost equal number of historical and contemporary buildings, ranging from classical examples of Dutch Golden Age architecture to state-of-the-art engineering projects. 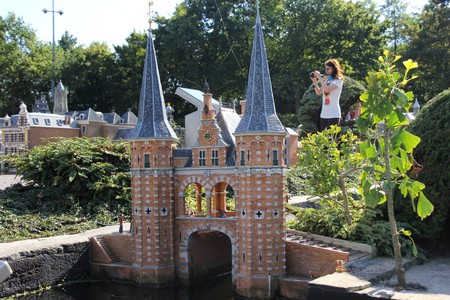 For instance, Utrecht’s iconic 13th century Dom Tower stands a few metres away from a full-blown recreation of Amsterdam’s Dam Square, complete with the National Monument and the Royal Palace. Famous buildings from other major cities are also present, including Rotterdam’s Art Deco Hotel New York and the Hague’s Peace Palace. These urban locales are surrounded by rural Dutch landscapes that replicate areas of outstanding beauty, such as the 19 historic windmills at Kinderdijk and the country’s glorious tulip fields. 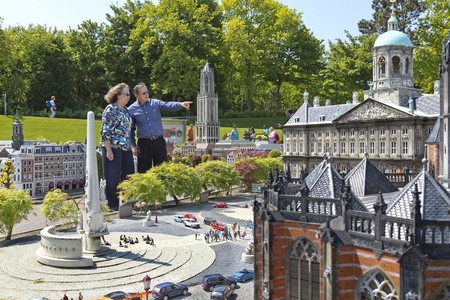 Minuscule human figures populate this patchwork city and roam through its streets by foot, car and bike. These tiny citizens wear clothes that match the season and change their outfits according to the current weather patterns in the Netherlands. 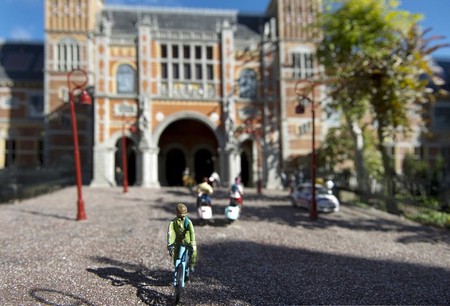 There are plenty of other fun attractions at Madurodam aside from its miniature city, which are primarily aimed at families and kids. Adults, though, may want to stop by the Fantasitron, an awesome 3D photobooth that scans users from all angles and then, lets them use their image to order mini replicas of themselves, which are shipped straight to their home addresses. 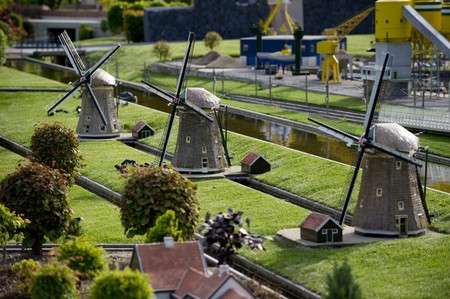 A replica of Beemsterpolder | © Sicco van Grieken / Madurodam
Give us feedback