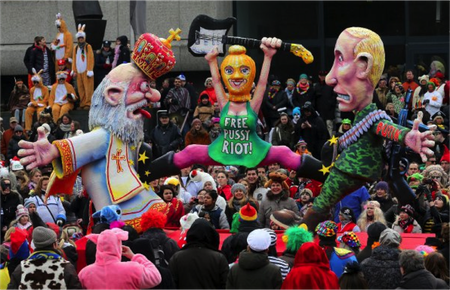 During the days before Lent, many towns and cities concentrated around the southern reaches of the Netherlands celebrate a traditional, local holiday called Carnaval, which involves parties, costumes and parades. These massive, city-wide celebrations have taken place in the Netherlands for centuries and are partly based on pre-Christian traditions.

Whereas most provinces in the Netherlands converted to Protestantism during the Reformation in the 17th century, Brabant and Limburg remained largely Catholic and continued to observe traditions that aren’t found elsewhere in the country. Although Carnaval likely predates Catholicism in the Netherlands by centuries and developed around pagan celebrations, the festival was Christianised by the church in the Middle Ages. Rather than disbanding the tradition altogether, the church took elements from pagan Carnaval, tailored them around Ash Wednesday and Lent, then turned the festival into a christian holiday. 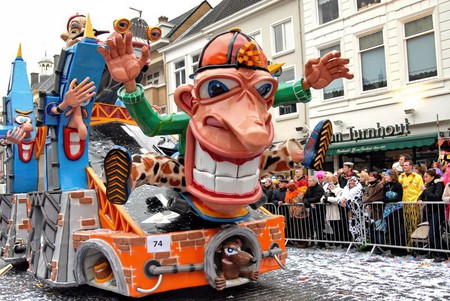 Nevertheless, many pagan rites survived this conversion and Carnaval still involves many ancient folk practices which often revolve around societal role reversal, tomfoolery and ridiculing people in positions of power. Over the course of the 20th century these traditions essentially became secular and most of Carnaval’s religious connotations disappeared entirely. After this secularisation, Carnival spread to formerly protestant regions in the Netherlands and today celebrations are held in towns throughout the provinces of Gelderland, North Brabant, Limburg and Overijssel.

According to tradition, eleven is the fool’s number in the Netherlands and has been associated with Carnaval for generations. For instance, preparations for the festival begin on November 11 at 11.11am and on this date special local committees, called the council of eleven, choose the year’s prince or princess of Carnival — who will reign over his or her town during the celebrations.

As Carnival precedes Lent, it begins on a different date every year, which always falls between February 1 and March 6. On the first day of Carnaval local mayors hand over their respective town keys to the year’s prince, thus ceding authority to this figure for three or more days. This ceremony sets the tone for Carnaval and represents several of the festival’s main themes, namely; the temporary renunciation of social mores and the satire of authority. Many towns change their names during Carnival in honour of the festival’s satirical nature, for instance Nijmegen becomes Knotsenburg (Pummel Town) and Eindhoven is retitled Lampegat (Lamphole). 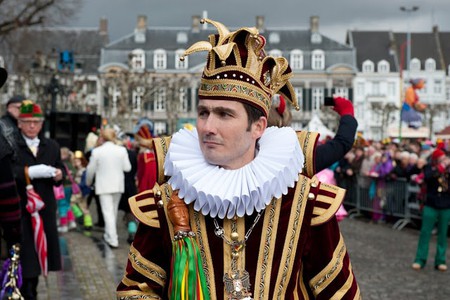 Elaborate parades take place in towns throughout the aforementioned provinces during Carnival. Floats at these processions often feature caricatures of political figures and are meant to satire the previous year’s events. The Prince of Carnival usually rides a special float during parades and is traditionally accompanied by members of the council of eleven. Spectators also dress up for the occasions and don colourful, playful costumes. 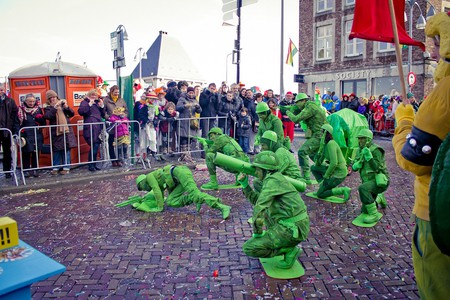 Music plays an important role within Carnaval celebrations and there’s an entire catalogue of songs that are sung almost exclusively during the festival. These songs are usually humorous and follow simple rhyming structures that make them easy to remember (even after several cans of Heineken). 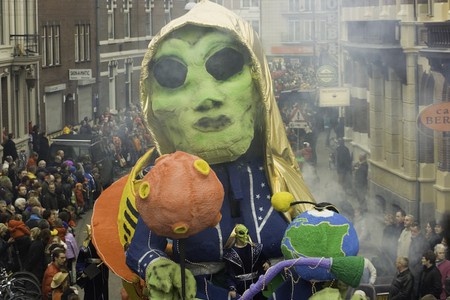