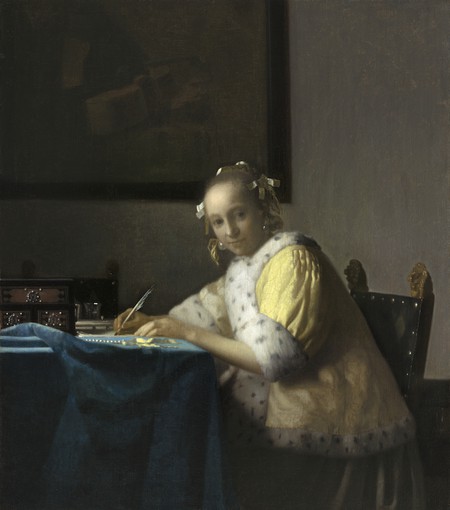 The major touring exhibition, Vermeer and the Masters of Genre Painting: Inspiration and Rivalry reveals some illuminating concepts about how Dutch painter Johannes Vermeer was influenced by his contemporaries.

Vermeer is rightly considered to be one of the greatest artists of the Dutch Golden Age. However, during his lifetime he was one of several prolific ‘genre painters’ who captured the beauty of everyday life. In a new exhibition at the National Gallery of Ireland – first shown to great critical acclaim at the Louvre earlier this year – ten of Vermeer’s works are shown alongside those of his peers, including Gabriel Metsu, Gerard ter Borch and Caspar Netscher. By placing his paintings in the context of his contemporaries, it is possible to see the huge influence these artists had on each other, as well as proving Vermeer’s exceptional vision, and why his work has endured. 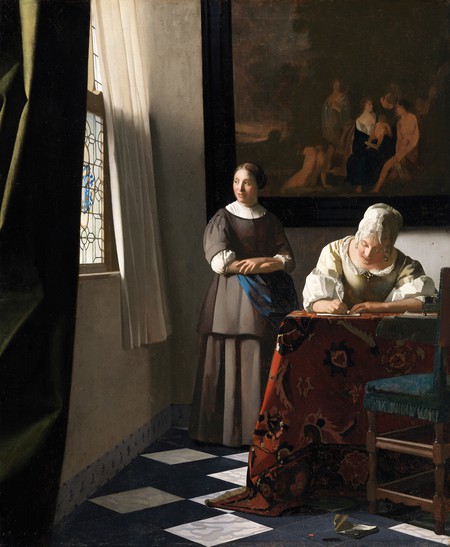 One of Vermeer’s greatest talents was an ability to convey intimacy. While other artists created fully formed scenes that appear distanced from the viewer, he shattered the fourth wall. The greatest example of this is Lady Writing, a stunning image of a lavishly dressed woman looking up from her desk, quill poised, as if she has been momentarily interrupted. Her gaze extends beyond the picture plane and connects directly with your line of sight, enveloping you in her own reality. Such innovation elevates the painting beyond the plethora of other examples that cashed in on the period’s fashion for depicting people writing letters.

It is this ability to build upon a composition or theme and add his own signature that sets Vermeer apart. In the case of The Love Letter, he employs a method known as doorkeiken (roughly translating to ‘look-through’), which presents a scene from beyond a doorway, as if you are entering from another room and intruding on the space. 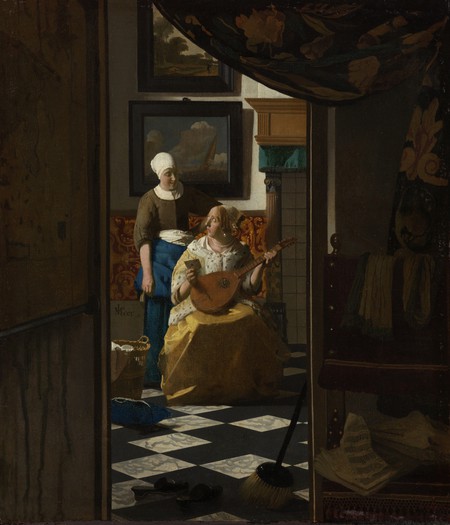 Again, this was a hugely popular device at the time, but while other artists filled their work with obvious symbolism such as abandoned shoes and sheets of music, Vermeer focuses on capturing a fleeting moment between two real personalities, letting us develop our own interpretations. ‘He’s like a novelist,’ says curator Adriaan Waiboer. ‘He gives you some ideas but you decide the rest.’ 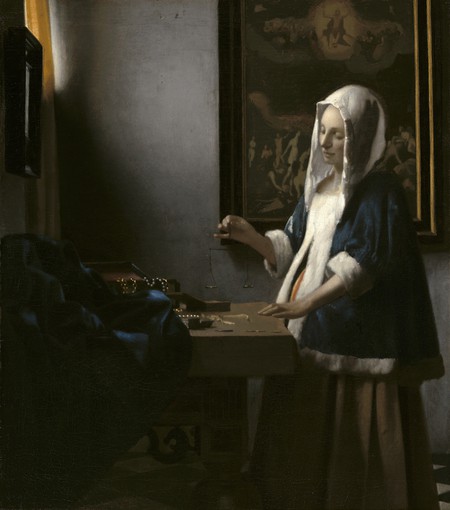 Although Vermeer might have been interested in capturing authenticity in his living subjects, he was far less concerned with the rules of physics. ‘He was not interested in reality, he wanted beauty and harmony,’ Waiboer adds. As such, he became a master of light, even if it meant sacrificing some of the details. ‘In reality light is always restless – but he paints the shadows he wants to see.’ As a result, his paintings are always bathed in a delicate glow that seems infused with an almost otherworldly haze. 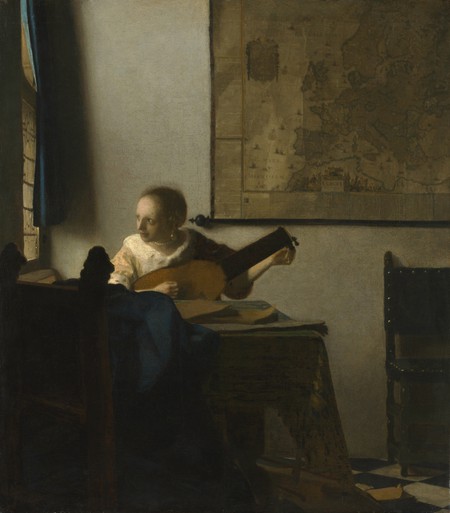 In Woman With A Balance, the lady’s face is suffused with waning sunlight, while her utensils and jewellery appear to refract a much brighter glow. Similarly, in Woman with a Lute, the entire canvas seems to be consumed by a greying light that touches every object. The instrument itself is only roughly picked out, and the woman’s entire body is indistinct. 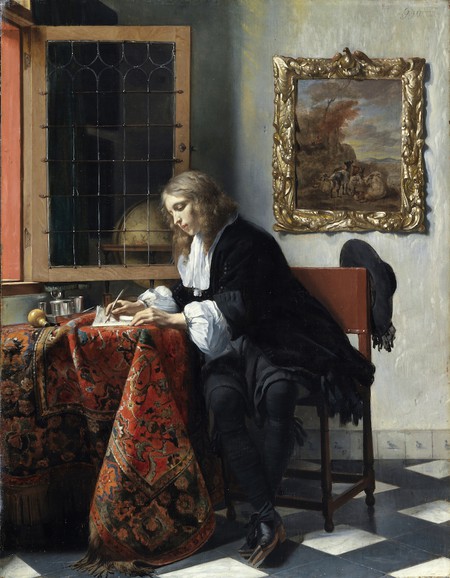 When seen alongside his fellow genre painters Vermeer’s canvases look shockingly contemporary. His unwavering commitment to his own ideals, and lack of compromise when it came to pleasing patrons (he never painted dogs or children – the most popular subjects for buyers) meant that created his own special blend of reality. This hazy, golden world reveals true beauty and human intimacy, in a way that transcends his own lifetime and remains just as relevant and remarkable today. 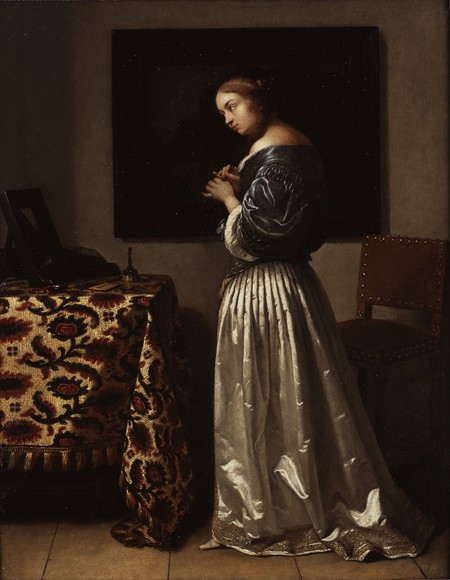