The Dutch Research Aiming to Send Earthworms to Mars 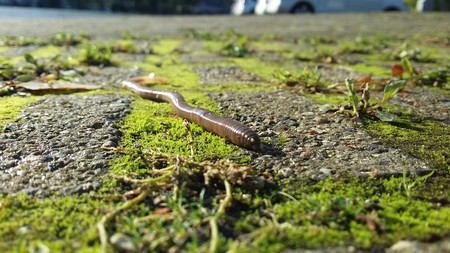 Earthworms could be headed for Mars | © Pixabay

Growing food on Mars is one of the biggest challenges of a colonization mission to the Red Planet. That’s why biologists around the world are trying to figure out how it can be done, and what we need to take to the planet for crops to prosper. Dutch researcher Wieger Wamelink believes worms will play a crucial role in the Mars mission.

Here on Earth, worms are extremely important for healthy, fertile soil. They eat, chew, and excrete dead organic matter like old plant remains, releasing crucial nutrients like nitrogen, phosphorus, and potassium to help the new crop of plants grow. Worms also provide natural aeration of soil by digging burrows, which in turn makes watering the plants more effective. And anything that makes for a more efficient use of water on Mars will be highly valuable.

But there’s only so many worms you can take to Mars. So can you breed them there? A recent breakthrough by Wamelink suggests you can. He has been adding adult worms to Mars soil simulant provided by NASA, and when he reached the end of the experiment there were two young worms in the soil.

The experiments to grow crops in Martian soil began in 2013, and have resulted in much success. So far, green beans, peas, radishes, tomatoes, potatoes, rucola, carrots, and garden cress have all been grown, although spinach has proved too difficult. The researchers test each of the crops for heavy metals and alkaloids after they are grown, to make sure they are fit for human consumption, and in the past they have organized a dinner using the harvested crops for people who have supported them via a crowdfunding campaign.

Wamelink doesn’t just want to send earthworms up to Mars, however. He believes we should also try and transport bees to the Red Planet, as they’ll help pollinate the plants once they’re grown. All of this may sound like science fiction to some, and a waste of money to others. But working out how to grow food in as harsh an environment as Mars, has great benefits here on Earth. “If we are successful in growing plants on Mars, we can help food production on Earth,” Wamelink said in a previous interview with Culture Trip.