The Coolest Outdoor Ice Rinks In Amsterdam This Winter 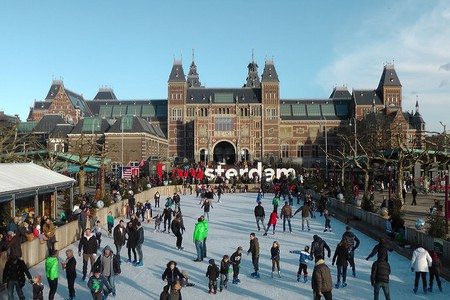 When the weather starts to drop in Amsterdam, several outdoor ice rinks open up around the city, allowing Amsterdammers to strap on a pair of skates and test out their skills. To discover the best places to skate in the city, check out the following list of superb ice rinks. 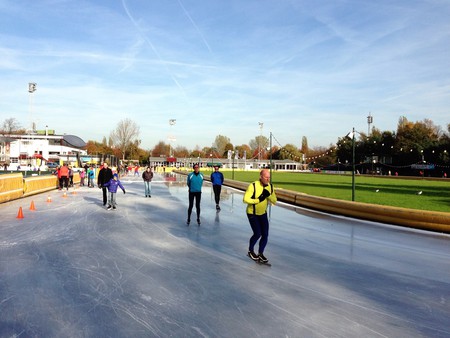 From mid-November until the beginning of February, Amsterdam’s Museumplein will feature a large ice rink that backs onto some of the city’s most iconic buildings and structures. This frosty wonderland is ridiculously photogenic and is framed by the I amsterdam letters and the Rijksmuseum. Apart from this outstanding backdrop, Ice* is also known for its winter-themed games and events, such as Human Ice bowling and Dutch toboggan racing. 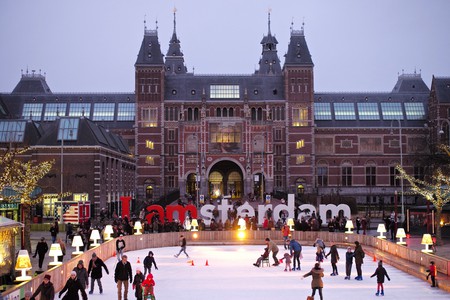 This smaller rink is surrounded by a number of stalls that sell Christmassy Dutch treats such as oliebollen, mulled wine, and bokbier, meaning that eager skaters can quickly warm up after showing off their moves on the ice. The rink is located on Leidseplein and is exceptionally close to many famous landmarks and popular neighborhoods.

Although it doesn’t happen every year, during colder winters, Amsterdam’s iconic waterways will occasionally freeze over creating beautiful, winding ice rinks that flow through the city’s main thoroughfares. For this to happen, the temperature has to remain below -4 degrees Celsius four nights in a row, after which the municipality closes off certain central canals and lets them freeze. Dutch people are generally well prepared for this rare occasion, and many Amsterdammers possess their own ice skates. Fortunately, secondhand skates are readily available from many of Amsterdam’s daily markets and can also be found in most Dutch sports stores.