The Best Underground Clubs and Music Venues in Amsterdam 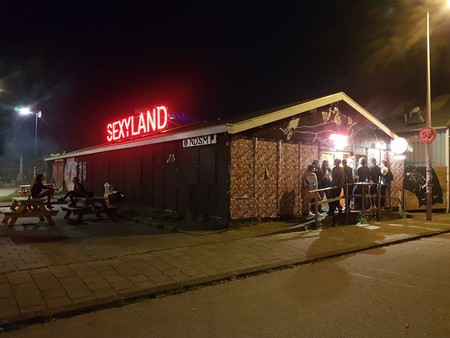 Aside from the city’s larger, mainstream concert halls such as the Ziggo Dome or AFAS Live, Amsterdam also features a number of excellent alternative and underground music venues. All of these bars, clubs and cultural centres have deep ties with the local music scene and regularly host cutting-edge live shows, parties and exhibitions. 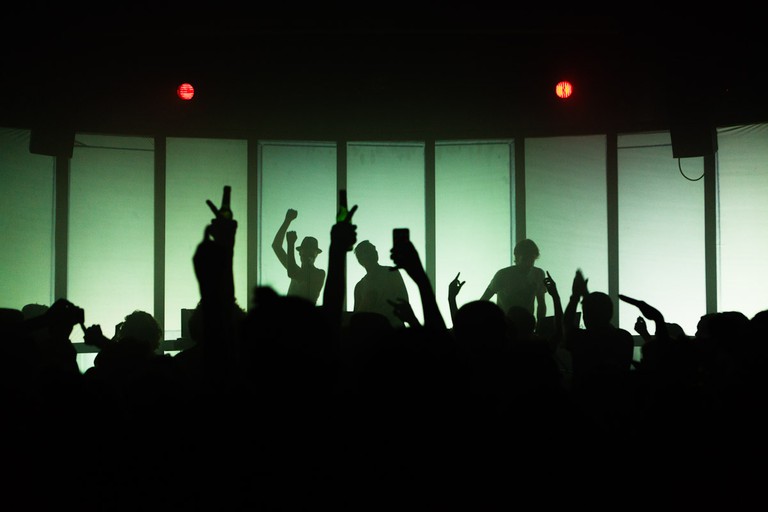 Like many other alternative venues in Amsterdam, OT301 started out as an illegal squat, but has since become a recognised cultural institution. Housed inside an old film academy, the venue was commandeered by a group of artists and activists in 1999, who then turned the space into a platform for underground art, music and theatre. Although it became legal in 2006, OT301 continues to support the city’s alternative scene by organising forward-thinking events and hosting non-profit, community-driven projects, including a vegan restaurant. Aside from gigs, performances and exhibitions, OT301 is also known for its weekly table-tennis tournaments that take place every Tuesday. 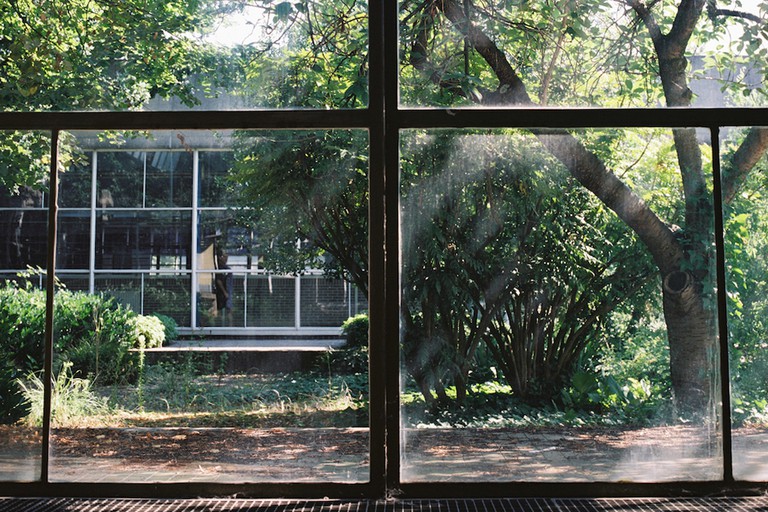 De School opened its doors in 2016 and is now one of the most well-respected nightclubs in Europe. Set inside an old technical college, its main venue lies underground, in the school’s former bicycle storage facility and has enough space for 700 clubbers. There are several other cultural hotspots spread around de School, including a high-end restaurant with a menu that changes daily, a well-equipped gym and a contemporary art gallery. Unlike most other clubs in Amsterdam, de School has a 24-hour licence, allowing the venue to host weekend-long club nights and occasional parties.

Geared toward discerning clubbers, Shelter was created to provide space for high-quality electronic music in Amsterdam-Noord. As the club stands inside A’DAM Toren’s basement, it is within walking distance from the nearest ferry service to Amsterdam-Centrum, but far removed from the bustle of the inner city. While Shelter often features acts drawn from Techno and House music, you will also find musicians whose work doesn’t fit into conventional categories. Like de School, Shelter possesses a 24-hour licence and occasionally organises extended club nights, that last the whole weekend. 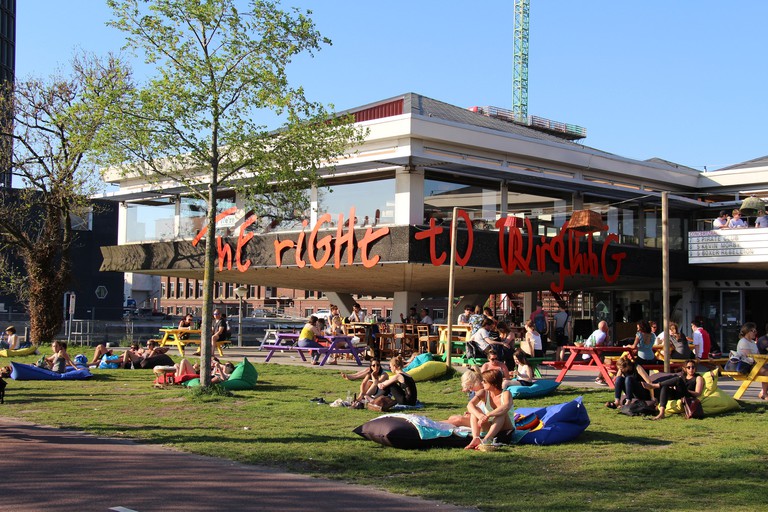 Known for its varied, multidisciplinary programme, which includes events ranging from literary festivals to queer club nights, Tolhuistuin stands on the northern banks of the river Ij, across the water from Amsterdam’s Centraal Station. The venue ranks among the largest cultural hubs in Amsterdam and collaborates with several other local initiatives in order to create inclusive, progressive events that often revolve around contemporary social or political issues. At its heart, the venue serves as an incubator for forward-thinking ideas and tends to focus on avant-garde art, music and literature. There’s also a spacious restaurant and bar with terrace located on-site, offering speculator views of Amsterdam’s southern docklands.

Sexyland invites local movers-and-shakers to determine its programme, letting anyone who’s willing and able to organise one-off events inside its venue in Amsterdam-Noord. As spots on Sexyland’s schedule are open to everyone, its monthly programme is eclectic to say the least and often features events ranging from dinner parties held underneath strobe lighting to punk-rock gigs. Billed as a ‘conceptual club’, Sexyland aims to celebrate Amsterdam’s diverse cultural make-up, by providing space for a wide range of varied subjects and styles.

Located in Amsterdam-West’s post-industrial cultural pavilion, Westergasfabriek, Pacific Parc features a bar, bistro and dancehall, where local DJs and bands perform rock ‘n roll-style music throughout the week. While Pacific Parc bills itself as a rock venue, it also regularly organises events geared around other genres – as long as they are easy to dance to. Before heading inside to throw some shapes on the dancefloor, you can chow down on reasonably priced dishes, inspired by European and Asian cuisine at the venue’s bistro. There’s also a large terrace outside that catches plenty of sun during the warmer months of the year and features wood-burning fireplaces during winter. 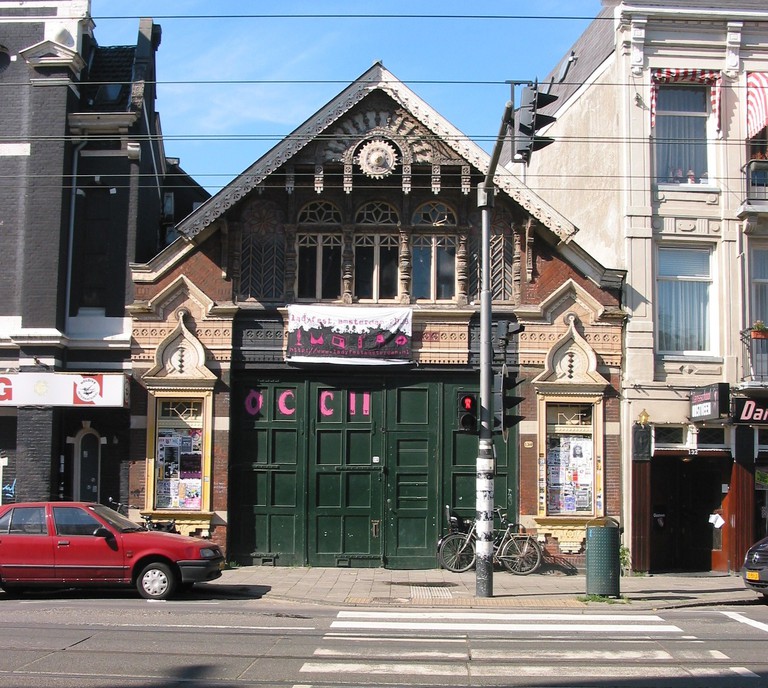 Another venue with links to Amsterdam’s squatting movement, OCCII was occupied in 1984 then legalised several years later, leading to its current format, which relies on the hard work of volunteers and donations for its maintenance. Several non-profit organisations contribute to OCCII’s programming and its calendar tends to lean towards heavier strains of rock or electronic music. While it’s mainly known for its underground gigs, OCCII contains several community-driven projects, including a café, library and bike-repair shop. 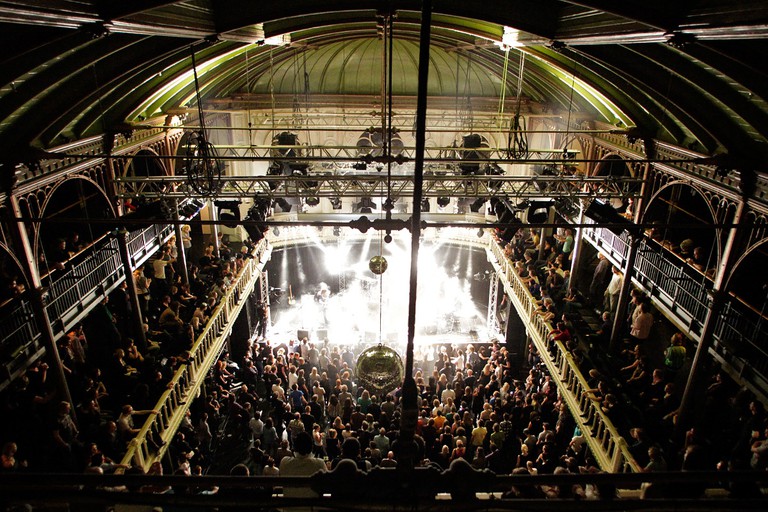 Paradiso is the place to go for live acts | © JORIS BRURING
Even though Paradiso isn’t really an underground spot anymore as it frequently books big international performers, it is worth mentioning that this popular venue was originally established by a group of hippies in the 1960s and has played an important part within Amsterdam’s music scene for over 40 years. Located inside an old church with beautiful stained-glass windows, the venue has two stages: the Main Hall and the Small Hall which can accommodate 1,500 and 250 visitors respectively. Aside from more mainstream acts, Paradiso provides a platform for alternative musicians and regularly organises events geared towards Amsterdam’s youth culture. It is common for international punk and indie acts to appear at Paradiso and the venue also hosts an indoor festival dedicated to these genres twice a year called London Calling.
Open In Google Maps
6-8 Weteringschans, Amsterdam-Centrum Amsterdam, 1017, The Netherlands
+31206264521
Visit Website
Visit Facebook page
Give us feedback

Situated underneath a bridge that trails over Vondelpark, this literally underground venue stands inside a Cold War Era bunker that was built to withstand nuclear blasts. Nowadays this facility hosts exhibitions, live concerts and other events sporadically throughout the month, that champion alternative culture in the Netherlands and beyond. As de Vondelbunker is a non-profit community project, run by volunteers, it relies on donations from supporters rather than entrance fees to make money for its upkeep. Though every event held inside de Vondelbunker is free to enter, the venue always welcomes donations from visitors. Genre-wise, de Vondelbunker tends to focus on more experimental or politically-conscious art and music, hosting everything from avant-garde theatre to psychedelic rock gigs.