The Best Places To Play Pool, Darts And Bar Games In Amsterdam 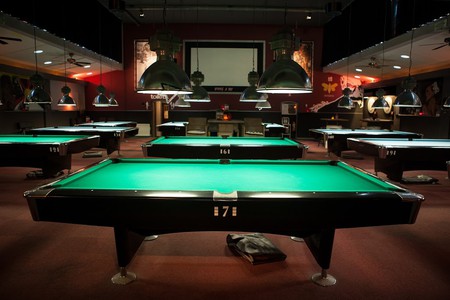 Looking to test out your skills at pool while in Amsterdam? Or settle into a nightlong darts tournament with friends? Make sure to check out our following list covering the best spots to play bar games in the Dutch capital.

Café Sound Garden is a well-loved alternative music bar on the western borders of De Jordaan that regularly hosts punk and metal gigs. Apart from live music, Café Sound Garden is well known for its impressive sound system which usually can be heard blasting out heavy, rock songs. Its main lounge area contains a pool table, foosball, and a vintage arcade machine that are surrounded by several comfy sofas. As a free house, Café Garden gets to choose its own beers and usually stocks tasty Dutch and Belgian draft brews.

Considering the diversity of games on offer at the Poolbar, its name is slightly misleading. Besides its eight pool tables, the bar also features dart boards, shuffleboards, and a large pile of well-kept vintage board games. Unlike most bars in the Netherlands, the Poolbar serves lager by the pint, and its fridges are stocked with an extensive selection of specialist beers. The entire bar is decked out in retro memorabilia, which makes it resemble a laid-back American watering hole.

This classy pool hall regularly hosts tournaments where beginners, amateurs, and bona fide sharks can test out their skills against equally matched opponents. The walls of Plan B’s lounge are equipped with several dart boards and eight wide-screen televisions that are hooked up to popular sports channels. The bar also organizes a monthly pub quiz for its clientele and can be rented out for private parties. 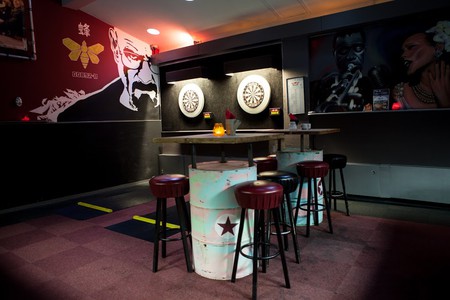 Club 8 is the largest pool hall in Amsterdam and features 17 tables, as well as three dart boards. Its massive bar serves a wide selection of alcoholic and soft drinks including craft beers, freshly prepared cocktails, and frothy lattes. Guests can also order snacks and meals from Club 8’s kitchen, from a menu that mainly revolves around traditional Dutch pub grub like spicy Saté and burgers.

Strictly speaking, TonTon Club doesn’t actually feature any traditional bar games; it does, however, have the largest collection of arcade machines inside of Amsterdam. These classic coin-op consoles pander to a particular strain of 90s nostalgia that embraces the era’s pixellated graphics and clunky, antiquated technology. There are some real gems among TonTon Club’s inventory, such as Metal Slug 2, House of the Dead, and Time Crisis. Hungry players can order nachos, hotdogs, and fries from TonTon Club’s bar or pick up a frosty craft beer from their fridge. 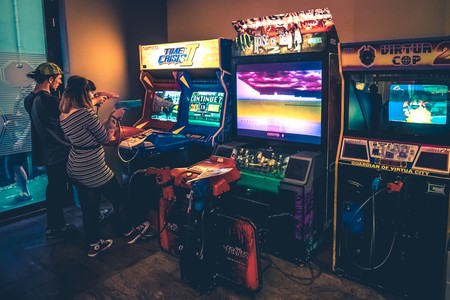