The Best LGBT Parties In Amsterdam

© torbakhopper/Flickr
Besides brick and mortar establishments such as Spijkerbar or Club NYX, and of course the city’s massive Gay Pride celebrations, Amsterdam also hosts a number of regular LGBT parties. Here are the names to follow if you are looking for a fun, friendly night while in the Dutch capital.

For many years, the team behind ULTRASEXI hosted a weekly gay night at Studio 80 on Rembrandtplein and from there began branching out into other venues and festivals. Although Studio 80 has since closed its doors, ULTRASEXI is still active and regularly organizes club nights around Amsterdam. ULTRASEXI was set up to support and inspire young creatives and usually invites up-and-coming talent to perform at its parties.

Vrankrijk is a volunteer-run cultural centre on the southern side of Spuistraat. Every Wednesday it hosts a gay night called WTF that features music, live shows and affordable drinks. Local visual and performance artists can often be found presenting their work at WTF alongside bands and DJs. Before the party, Vrankrijk regularly organizes a vegan dinner for its staff and guests. 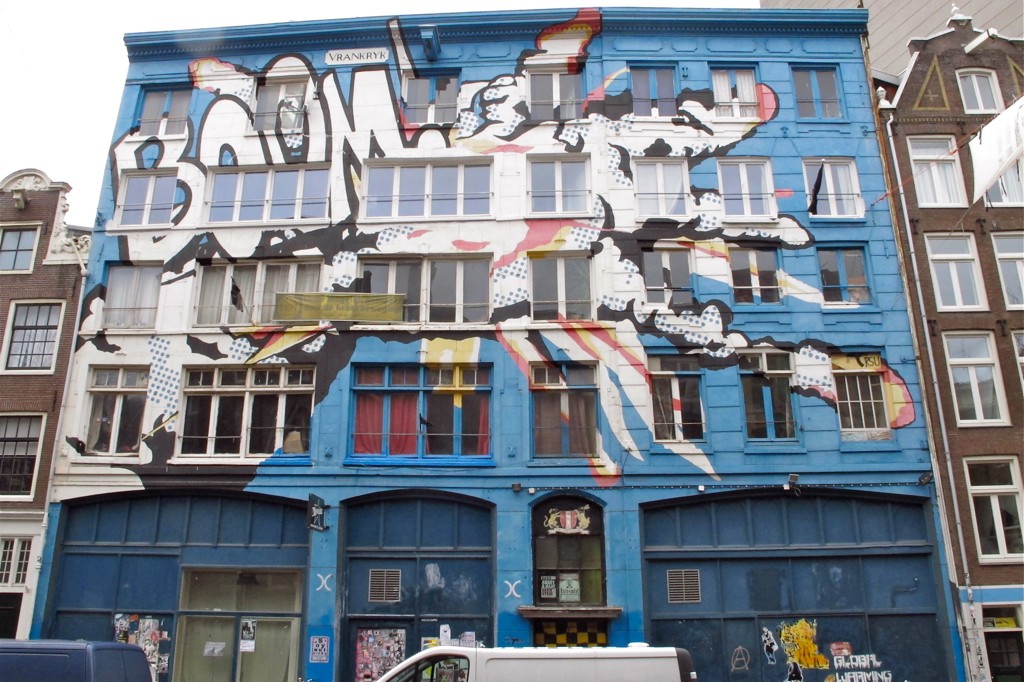 Flikker is an ongoing LGBT night that regularly appears at OT301, Club NYX and other venues around the city. Besides techno and house music, Flikker’s parties also include live shows from VJs and other performance artists. Flikker recently held a massive club night at de Marktkantine, one of the largest clubs in town.

Is Burning is a roaming LGBT night that started out in Amsterdam’s legendary club Trouw. It is now hosted at clubs throughout the city and takes place several times a year. These nights have become a staple of Amsterdam’s club scene and Is Burning’s lineup regularly features leading international house, techno and disco DJs.

Music Venue, Building
The site of Occii, Amsterdam | The site of Occii, Amsterdam
Spellbound is an underground LGBT dance party that is regularly hosted by OCCII, an alternative music venue on the southern face of Vondelpark. Its acid, techno and house DJs play alongside live visuals from VJs and the party is spread out over two floors, with each area dedicated to a specific musical genre.
More Info
Open In Google Maps
134 Amstelveenseweg, Amsterdam-Zuid Amsterdam, Noord-Holland, 1075 XL, The Netherlands
+31206717778
View menu
Visit website
Visit Facebook page
Send an Email
Give us feedback

Bar, Gay Bar, Snacks
De Trut is a non-commercial organization that has been throwing gay club nights since the early 1980s. Profits collected from its bar and door are donated to a number of charitable groups, while all of De Trut’s staff are volunteers. Its popular Sunday night parties usually attract a large crowd and it is always advisable to turn up slightly early.
More Info
Open In Google Maps
165 Bilderdijkstraat, Amsterdam-West Amsterdam, Noord-Holland, 1053 DZ, The Netherlands
View menu
Visit website
Visit Facebook page
Send an Email
Give us feedback
Give us feedback