The Best Films By Paul Verhoeven 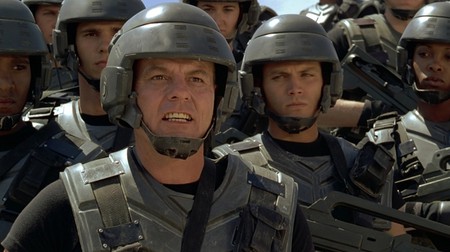 Paul Verhoeven is undoubtedly the most famous and successful Dutch film director currently working in cinema. Since the 1970s he has challenged traditional filmmaking with movies that test the limits of contemporary morals, while perfecting an exaggerated style that blurs the lines drawn between horror, suspense and eroticism. Here’s a roundup of must-see films by this illustrious director.

Like all good Arnold Schwarzenegger vehicles, Total Recall follows the Austrian powerhouse as he blasts holes in outlandish sets and exchanges quips with slimy adversaries. This time Arnold is sent to Mars to uncover a planet-wide conspiracy that has been robbing colonists of free oxygen. Total Recall was Verhoeven’s second foray into sci-fi and the movie features some of the best practical effects ever committed to film.

Verhoeven’s fist big budget sci-fi flick centers around a cybernetic police officer and his ultra-violent crusade against Detroit‘s criminal underbelly. Like Verhoeven’s other genre films, Robocop is laced with symbolism and possesses a distinctive sense of critique that is directed towards Reagan-era laissez-faire politics, corruption and the media’s glorification of violence.

In 2004, Verhoeven returned to the Netherlands to film Black Book – a critically acclaimed War World II thriller that has since been awarded the title of Best Dutch Film of All Time. The movie follows a Jewish spy, played by Carice van Houten, operating in Amsterdam during the Nazi occupation. To gather information she must infiltrate the highest echelons of the Gestapo and risk her own life and identity.

The 4th Man was the first time that acclaimed Dutch novelist Gerard Reve‘s work was adapted for cinema. Like Verhoeven, the author was fascinated by sexuality and rarely acknowledged the stigmas that surround eroticism. The film follows an author as he slowly begins to realize the extent of his lover’s shadowy past.

Although Spetters didn’t make a huge impact outside of the Netherlands, many Dutch people were deeply effected by the film’s extreme content. The movie follows three teenage dirt bike racers living on the outskirts of Rotterdam as they plot to escape their hum-drum existence. Spetters contains several extremely controversial scenes, including graphic depictions of sex, violence and suicide.

Known as Turks Fruit in the Netherlands, The Sensualist was Verhoeven’s second feature-length movie, and is now recognized as the highest-grossing Dutch film of all time. An exceptionally young Rutger Hauer and Dutch screen legend Monique van de Ven star as a pair of ill-fated lovers who enter into a tumultuous, sexually charged relationship.

Verhoeven’s hyperbolic masterpiece, Starship Troopers, pits an army of gung-ho space soldiers against a relentless interstellar Arachnid horde. While mainly remembered for its guns, guts and gore, Verhoeven managed to weave a clever political commentary into Starship Troopers, with the film’s militaristic society acting as a stand in for fascism, jingoism and the idolization of war.