The Best Bike Trips Out Of Amsterdam

Looking to explore Noord-Holland by bike on your next trip to Amsterdam? We’ve got you covered with the following list of destinations that are within riding distance from the Dutch capital. All of these towns and villages are easily accessible via the Netherlands’ extensive cycle path network and can be reached without expending too much effort. Moreover, each destination is surrounded by natural beauty and possesses its own distinctive charms. 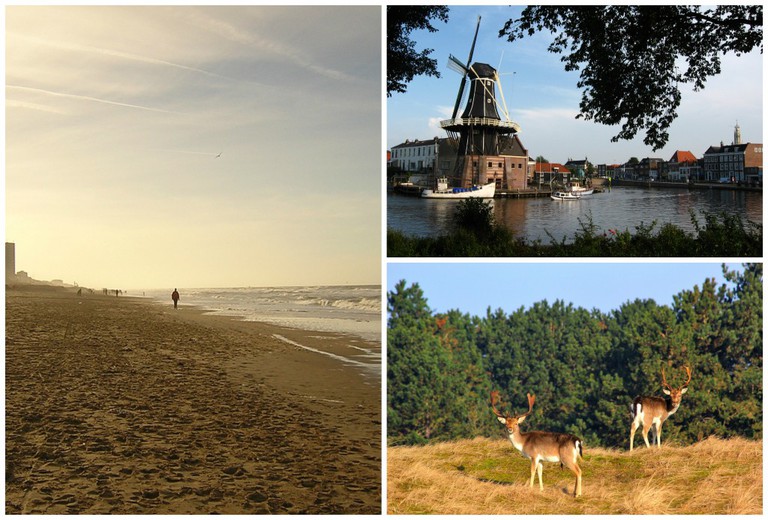 Sunset on Zandvoort's beach | © Francesco Prudenzi/WikiCommons / Haarlem | © Kenny/Flickr / Wild beer at Zuid-Kennemerland | © Kenny/Flickr
Traveling to Zandvoort is an absolute breeze and the cycle route between this picturesque, seaside town and Amsterdam crosses Zuid-Kennemerland National Park – a huge nature reserve that contains several luscious, geographical terrains. This trail also passes by Haarlem’s Medieval town center and then continues through Zuid-Kennemerland’s hilly woodland, onto the coast. For a shorter trip, it’s possible to finish up at Zandvoort and then catch a train back to Amsterdam Centraal.
Open In Google Maps
Zandvoort, The Netherlands
Give us feedback 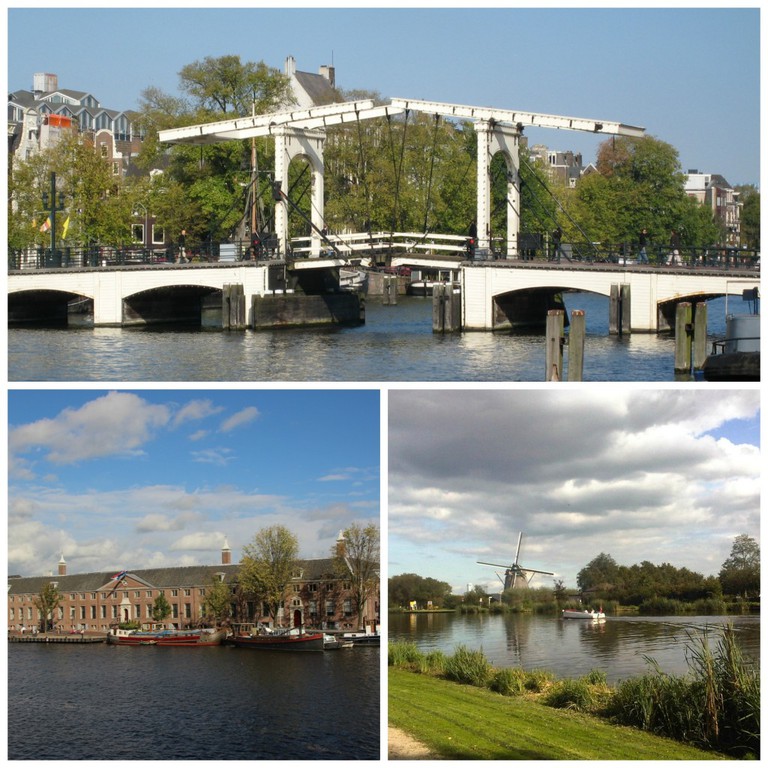 Magere Brug | © S Sepp / WikiCommons/The Hermitage Museum | ©  A.A.W.J. Rietman/WikiCommons / A windmill at Ouderkerk aan de Amstel | © Albert Kok/WikiCommons
The river Amstel flows underneath Waterlooplein and then makes its way out of the city by channeling past the Hermitage Museum and de Magere Brug. By continuing past these landmarks, cyclists can ride down towards Ouderkerk aan de Amstel – a small, rustic village south of Amsterdam. This journey takes around one hour and crosses several greenbelts including Amstel Park. After arriving at Ouderkerk aan de Amstel, visitors can relax at one of the village’s wonderful country pubs or brasseries.
Open In Google Maps
Ouder Kerk ann de Amstel, The Netherlands
Give us feedback

Utrecht‘s historical charms are almost unmatched within the Netherlands and the city’s Medieval architecture easily rivals Amsterdam’s iconic town center. Its outer limits actually border Amsterdam’s suburbs and traveling to Utrecht takes around two hours by bike. This journey is almost due south and runs past a beautiful park called Ronde Hoep, that was originally submerged in swampland before being excavated by Dutch engineers in the 19th century. It is worth dismounting in Utrecht in order to explore the city’s narrow, winding lanes and glorious central canal rings. 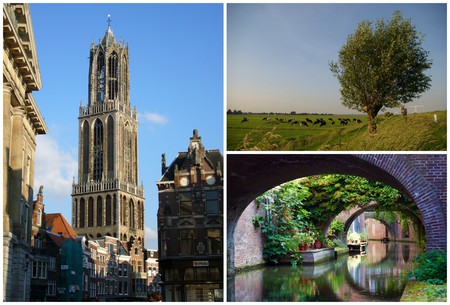 Marken is a tiny fishing village that appears to be frozen in time. The area is completely surrounded by sea and can only be accessed by a long causeway that connects it to Noord-Holland’s mainland. All of its houses are built from wood and painted in vibrant primary colors that recall 18th century Dutch design. Riding to Marken from Amsterdam takes cyclists through Noord-Holland’s fertile hinterlands and crosses a rustic farming village called Broek in Waterland. 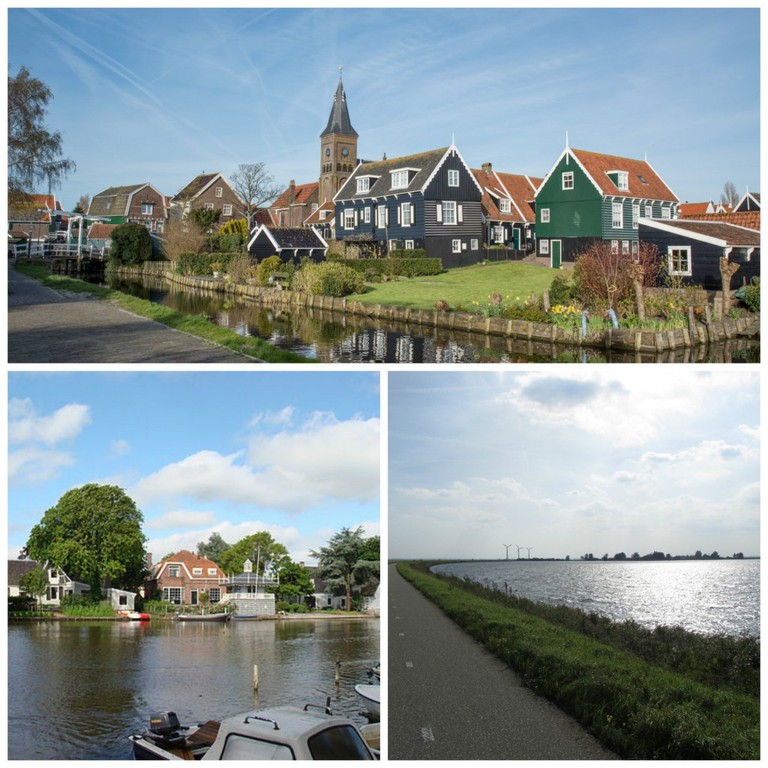 Naarden‘s distinctive town walls were built as part of a massive defense line that surrounded Amsterdam until the early 20th century. This citadel follows a star-shaped pattern that is framed within a deep moat, creating a beautiful structure that is completely unique inside the Netherlands. To reach Naarden, cyclists can also stop off at Muiden – another ancient fortified town that looks onto the the IJmeer sea. This trail between Amsterdam, Muiden and Naarden parallels a picturesque canal lined with thick woodland. 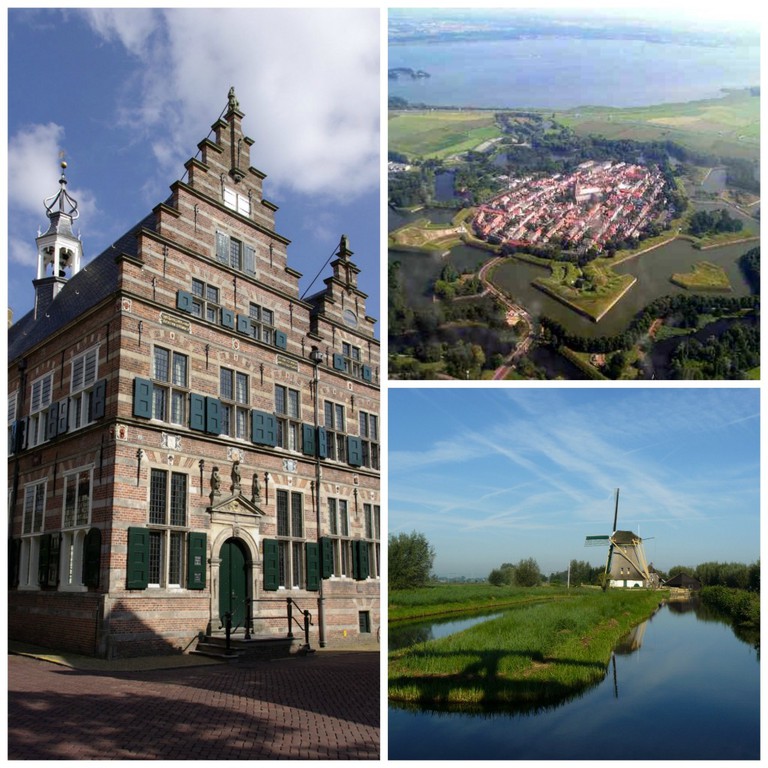