The Best Areas To Stay in Amsterdam

While all of Amsterdam’s central and outlying neighbourhoods are unanimously charming, some parts of the city have a certain additional appeal. Culture Trip has put together the following list of the most accommodating, fun and laid-back parts of the city.

This small neighbourhood in Amsterdam-Oost runs down the eastern side of the River Amstel and looks onto de Pijp. Its main thoroughfare, Wibautstraat, is named after a famous city planner and was once seen as one of the ugliest streets in Amsterdam. However, during the late 20th century, the area was altered by several urban development projects and is now among the trendiest parts of Amsterdam, partly due to the presence of Volkshotel – a stylish boutique hotel that features a restaurant, ateliers, and a rooftop nightclub. Though it is easy enough to spend entire weekends chilling out inside this all-in-one boutique hotel, there are many other hangouts spread around Weesperzijde. There’s a cellar-like bar called de Ruyschkamer, which stocks specialist, imported beer, as well as Beter & Leuk, which serves excellent coffee, fresh juice and healthy, organic meals.

Although Amsterdam-Noord might seem far off, the area is actually only a few minutes away from the inner city and is accessible via a speedy ferry that leaves from Centraal Station. Overhoeks is the most southernly part of Amsterdam-Noord and is immediately recognisable due to its monumental skyline, which is framed by EYE Film Institute and A’DAM Tower. A design hotel is actually contained within this second building, alongside a subterranean nightclub and several high-end restaurants. Other nearby highlights include a wine bar-cum-cinema called FC Hyena, which screens the latest arthouse releases and is the only bar in Amsterdam with an indoor skateboarding halfpipe, Skatecafe. 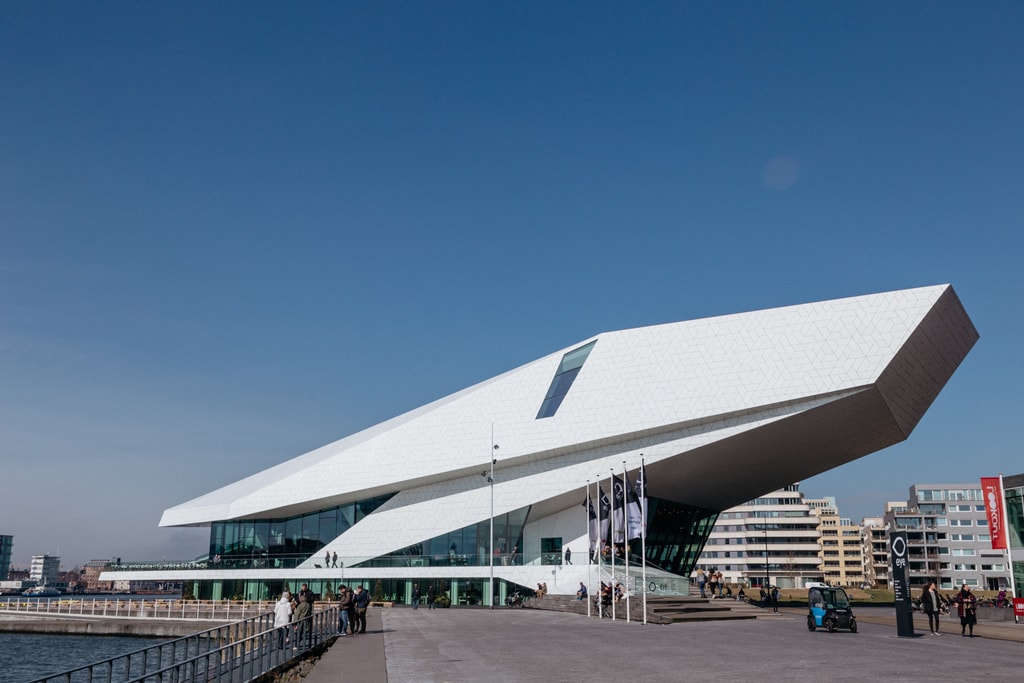 Oud-West lies just beyond Vondelpark and covers the ground between Overtoom, Kinkerstraat and de Clercqstraat – three of the most popular streets in Amsterdam. This multicultural, densely-populated neighbourhood is particularly well-stocked with restaurants and bars, including several famous hang-outs such as OT301, De Gollem, and Café Panache. Oud-West also has its fair share of excellent accommodation, like Hotel de Hallen, which is part of a massive cultural hub. It features an arthouse cinema and an artisanal food court. While there are many nightlife spots in the neighbourhood, Oud-West’s streets tend to stay relatively quiet during the weekend and its bars, cinemas and venues aren’t usually too hectic on Saturday or Friday nights. 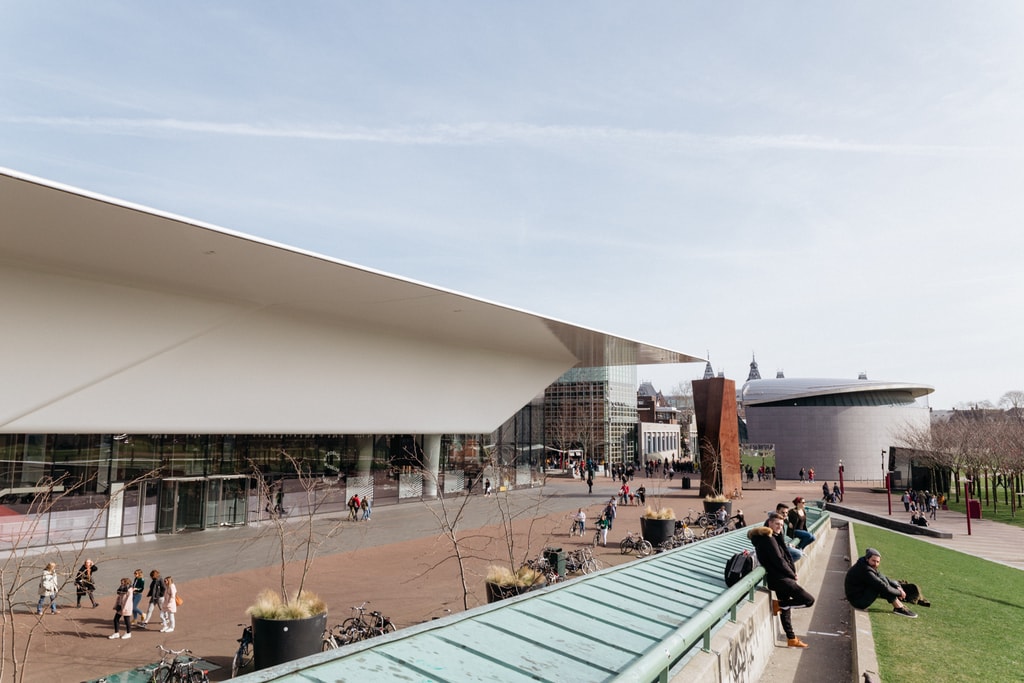 Thanks to its excellent roster of brunch restaurants, picturesque urban layout, and iconic Albert Cuyp Market, de Pijp might be the best place in Amsterdam to chill out over the weekend. Besides these superb attractions, de Pijp also boasts a large concentration of bars and pubs – many of which possess late-night licences. Okura is regularly cited as the best hotel in de Pijp, whereas Amsterdam Hostel Sarphati and Atlantis Hotel Amsterdam offer more affordable lodging. Then there’s the Arcade Hotel, where every single room features modern and vintage video game consoles.. 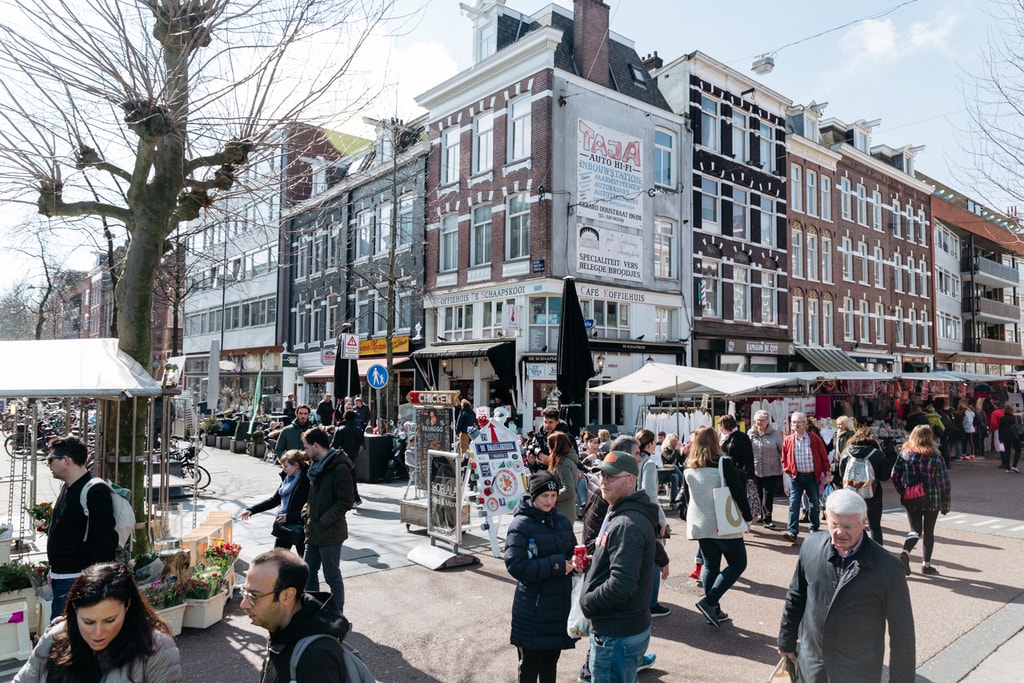 Named after a large park in its centre, Westerpark is located on the north-western corner of Amsterdam’s canal belt and trails into the city’s docklands. As large parts of the neighbourhood were built during the height of Amsterdamse School architecture, many of its residential buildings feature stunning Art Deco-esque flourishes and expressive brickwork. For restaurants, nightlife and entertainment travellers should definitely check out Westergasfabriek, Amsterdam’s largest cultural pavilion that contains restaurants, music venues, an arthouse cinema and even an old-school, coin-op arcade called de TonTon Club West. There are many excellent hotels in the neighbourhood, ranging from stylish designer lodgings at places like Westward Art Hotel Amsterdam, to exclusive waterfront apartments at Yays Zoutkeetsgracht 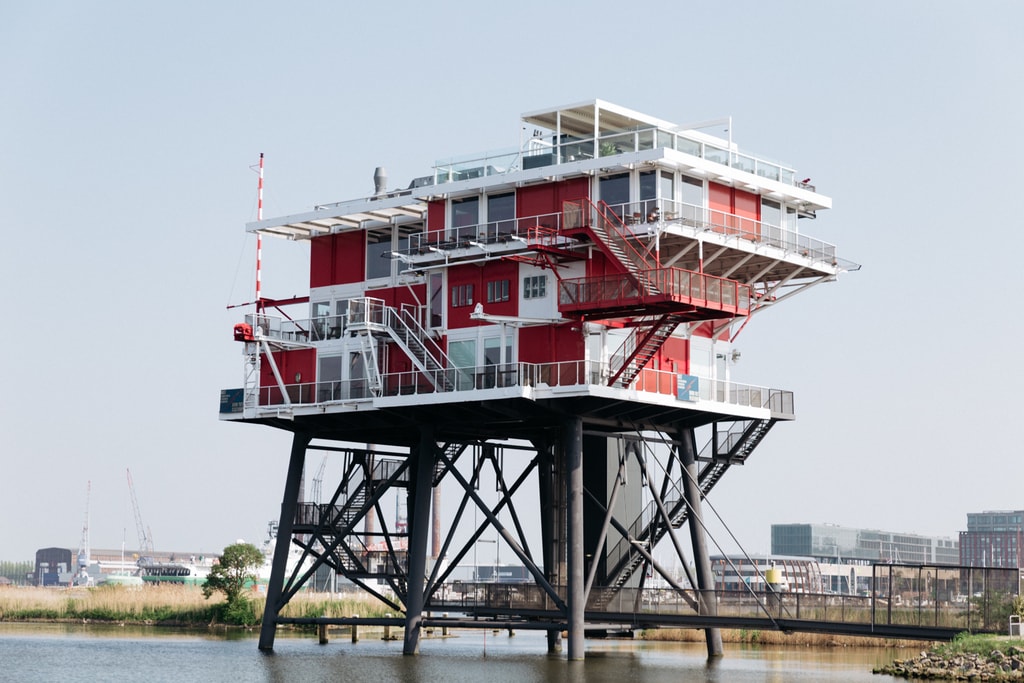 This charming, residential neighbourhood in western Amsterdam is renowned for its welcoming atmosphere, photogenic townhouses, and impressive culinary sector. Despite being part of Amsterdam-Centrum, de Jordaan moves at a more relaxed pace than the rest of the inner city, making it perfect for quiet, urban getaways. Its central location also means that visitors based in de Jordaan can easily access many of the city’s main sites such as the Anne Frank House, Dam Square, and the canal belt by foot. Many of the neighbourhood’s hotels are located inside renovated canal houses. For instance, there’s Linden Hotel on Lindengraght, which overlooks two parallel canals, or Mr. Jordaan Hotel, which is housed within a spacious, 19th-century building. 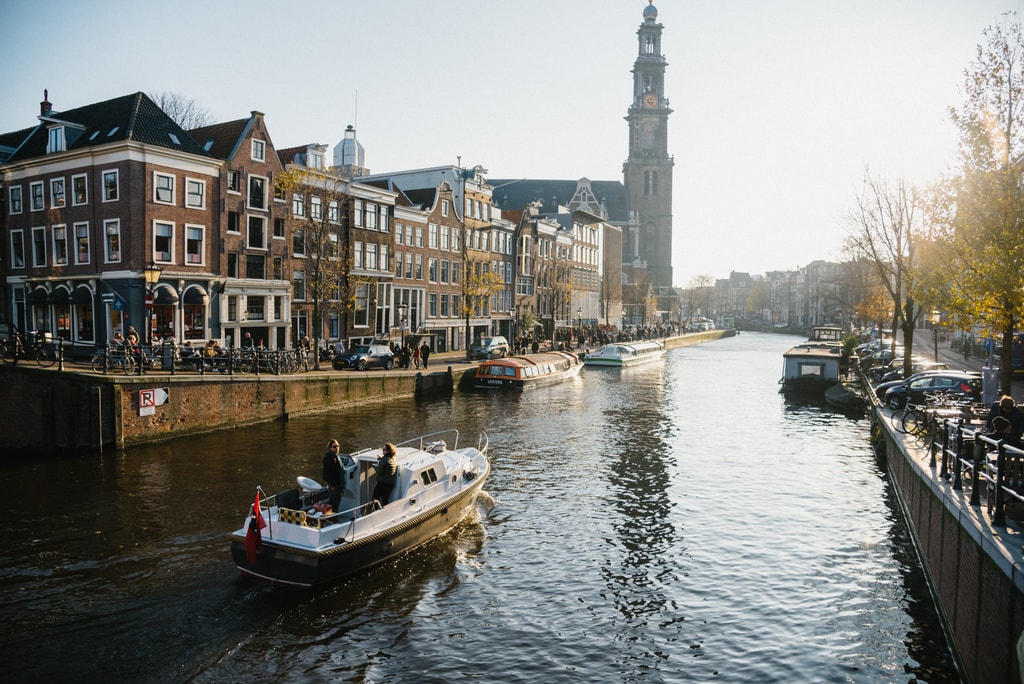