The 7 Best Museums in Leeuwarden, the Netherlands

Princessehof Ceramics Museum | © Bouwe Brouwer / WikiCommons
Friesland’s ancient provincial capital of Leeuwarden features an impressive number of museums that reflect its long history. The large majority of these museums base their collections around Frisian culture and history, thus allowing visitors to Leeuwarden to experience the unique heritage of the city and its surroundings.

Museum
Fries Museum, Leeuwarden | © Wutsje / WikiCommons
The Fries Museum houses an enormous collections of artworks, artefacts and items related to Friesland province’s history. The museum ranks among the oldest historical institutions in the Netherlands and was founded in the late 19th century in order to preserve and celebrate Frisian culture. Over 2018, the museum will organise exhibitions that memorialise Mata Hari and M.C. Escher – both of whom were born in Leeuwarden.
More Info
Open In Google Maps
92 Wilhelminaplein, Leeuwarden, Friesland, 8911 BS, The Netherlands
+31582555500
Visit website

Fries Verzetmuseum (the Frisian Resistance Museum) retraces and examines events that occurred in Friesland during the German occupation of the Netherlands in World War II. The museum organises additional events throughout the year, such as guided tours, and features a permanent exhibition that presents stories from people living in Friesland during this devastating period of modern history. 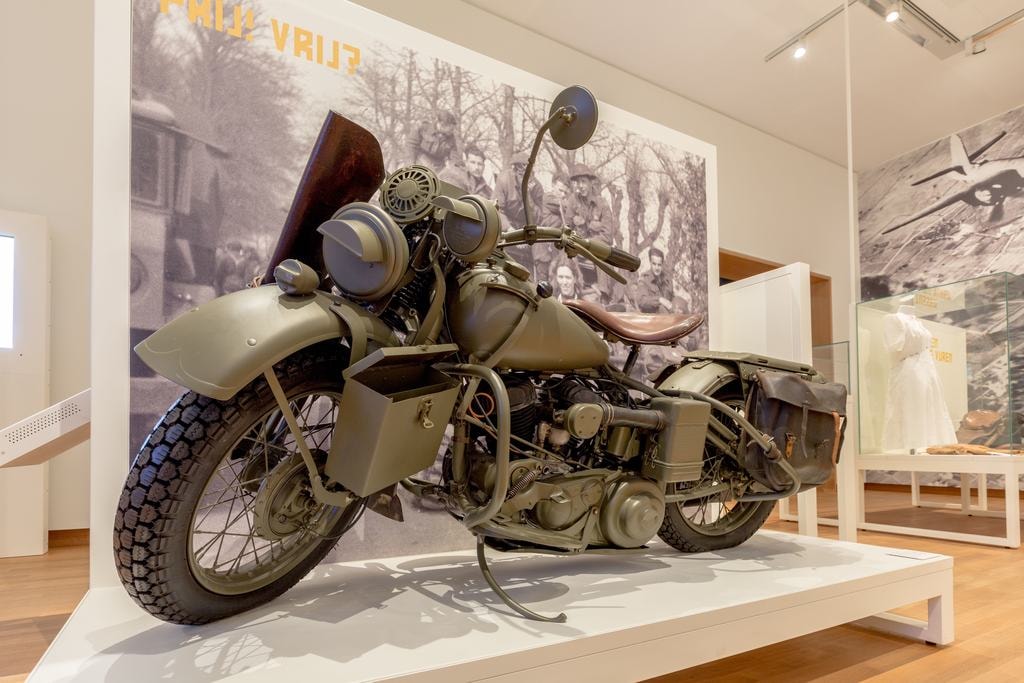 Building, Museum
Princessehof Ceramics Museum | © Bouwe Brouwer / WikiCommons
This stunning ceramics museum houses many important pieces of decorative earthenware and pottery, including a large collection of Chinese porcelain that dates back to the Ming Dynasty. Modern design also plays an important role within the museum’s collection, and its galleries feature an impressive selection of ceramics created by famous 20th century artists such as Pablo Picasso, Lucebert and Karel Appel. The museum was founded in 1917 and currently resides inside a former royal palace that was completed in the 17th century and another, nearby building that once served as a fortress.
More Info
Open In Google Maps
9 Grote Kerkstraat, Leeuwarden, Friesland, 8911 DZ, The Netherlands
+31582948958
Visit website

Leeuwarden’s natural history museum mainly collects and preserves biological specimens found or created in Friesland. Although its menagerie mostly features smaller fauna, like birds and land mammals, the museum also owns several larger specimens, including the entire skeleton of a sperm whale that washed up on Ameland island’s shore in 1994. Like many other museums in Leeuwarden, Natuurmuseum Fryslân is housed inside a stunning, historical building that predates the institution by several centuries. 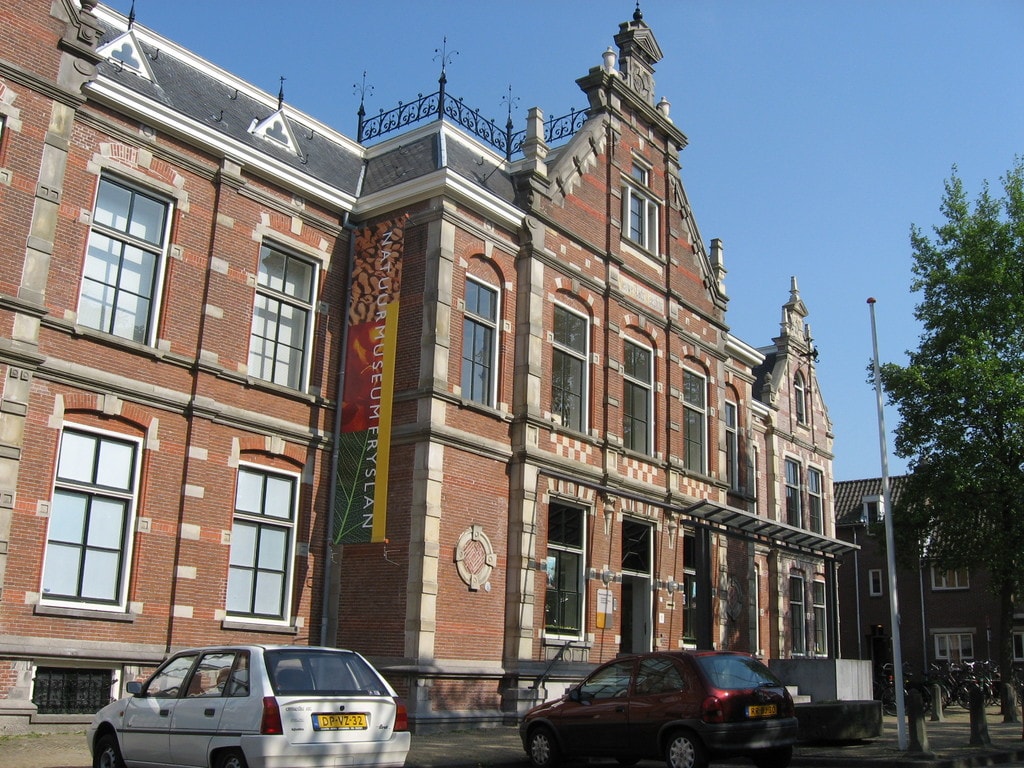 This authentic, old-timey grocery store has remained in business since the early 20th century. Although it almost closed in the 1990s, people in Leeuwarden supported the store and gathered enough money to preserve it as a historical monument. It is still possible to buy goods from Museum de Grutteswinkel, or sit down in the store’s tearoom and enjoy a hot cup of tea with a slice of homemade, Frisian orange cake.

After his death in 1919, famed Dutch sculptor Pier Pander bequeathed his personal collection to the city of Leeuwarden, who went on to create a modern art museum under his name. This small institution is located at two buildings in Leeuwarden’s Prinsentuin gardens. The first, larger site contains a diverse selection of Pander’s work, whereas the second was specifically created to house his magnum opus: five, life-sized marble statues that represent morning, thought, feeling, courage and power. 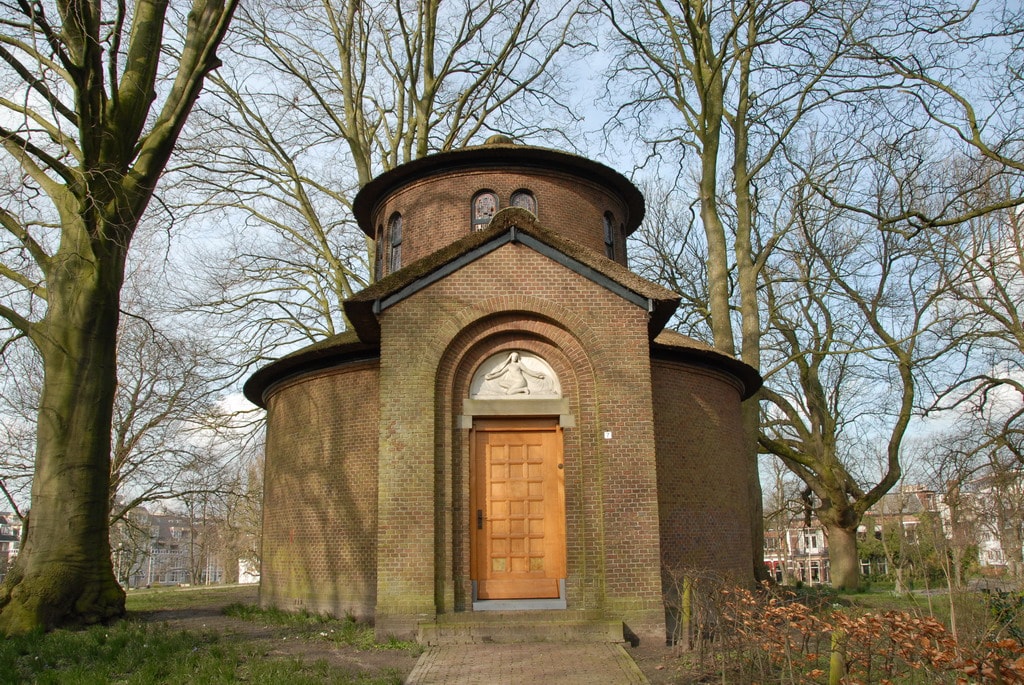 Boomsma Distillery has produced and bottled traditional Dutch liquor since the late 19th century. The distillery lies in the heart of Leeuwarden, near the city’s iconic Oldehove tower, and contains a fascinating museum that explores the techniques behind spirit production. Guests are encouraged to sample one (or more) of Boomsma’s delicious blends in the distillery’s tasting room after visiting the museum.