The 10 Dutch Chefs You Should Know About

Ranging from acclaimed masters of French technique, fresh from their culinary pilgrimages through the Parisian Michelin belt, to famed Netherlands natives heading iconic kitchens as far from home as Hong Kong, this list of 10 Dutch chefs you should know about is a must read for any self-proclaimed foodie. 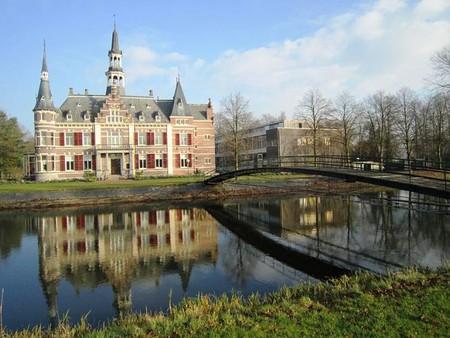 Rudolph van Veen is unquestionably one of the most lauded of chefs from all of the Low Countries combined. After years of training under the revered Dutch culinary maestro Chef Cas Spijkers, he now touts the coveted title of SVH Master (the highest culinary accolade in all the Netherlands), and a Master Patissier crown to boot. Veen is also certainly one of the most recognizable Dutch chefs thanks to his flair for competition and successful foray into television. When not competing in high profile cook-offs and bake-offs in both Europe and America, he has also headed up shows like Rudolph’s Bakery and The Taste of Life Basics on Fox’s 24Kitchen Channel. 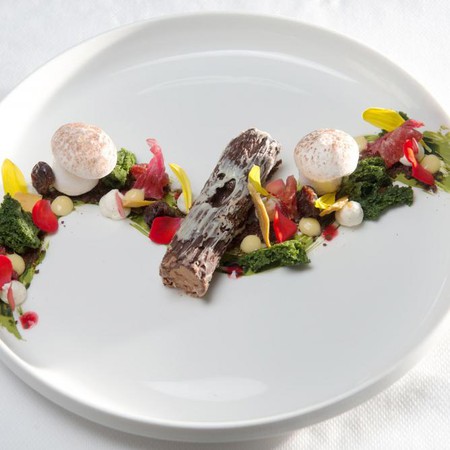 Alain Adriaanse is famed for his meticulous attention to detail and his passion for delicately balanced seasonal cuisine. He currently reigns as head chef of the rustic Zoetermeer restaurant Hofstede Meerzigt (just south of The Hague), where he blends the traditions of Low Country kitchens with haute French flavor and technique in à la carte offerings like Dutch meadow beef and North Sea oysters dressed in red wine vinegar. There’s a welcome touch of the Mediterranean in the repertoire here as well, shining through in inspired dishes like the eel risotto and the potato soy squid. Adriaanse’s eye for detail and balancing flavor also results in an excellent wine list wherever he sets up shop, providing the ideal pairings for his dishes with fine wines from across the continent.

Richard Ekkebus is famed across the globe for his mastery of the haute French kitchen. He rose to the forefront of Dutch gastronomy under the guiding hand of totemic figures from the Parisian fine-dining scene, like Guy Savoy and Pierre Gagnaire, and now heads a 52-man kitchen at the prestigious Amber Restaurant in Hong Kong’s Landmark Mandarin Oriental hotel. His two Michelin stars and numerous other accolades attract VIP patronage from international celebrities like Beyoncé and Tiger Woods, who come from all over the world to sample Ekkebus’s innovative and ambitious gourmet creations, from Anjou pigeon to foie gras sushi.

Robert Kranenborg is now a bespoke culinary consultant and well-known Dutch celebrity chef, who honed his craft working towards those coveted dual Michelin stars under the guidance of acclaimed European maestros, and over the stoves of some of the most famous fine dining kitchens the Netherlands has to offer. There’s a truly impressive lineup of former workplaces under his chefs’ hat, from the celebrated Hotel Corona in The Hague to La Rive of the Amstel Hotel in the capital. Today, Kranenborg can also be seen hosting the shows Over de Kook and Topchef on RTL.

Joining Robert Kranenborg on the tasting panel of Dutch TV cooking staple Topchef, Julius Jaspers is known widely for his prolific output of cookbooks and recipes. His most recent title, Smart BBQ, is the perfect complement to the chef’s flagship Amsterdam restaurant, the Julius Bar & Grill. Jaspers’ cooking style is noted for its earthy simplicity and folksy take on classic meat barbecue grills, harnessing the smoky flavors of open flame gastronomy to create a weird and wonderful range of dishes, like rare beef tortillas next to colossal Angus burgers and spicy spare ribs.

Chef Cas Spijkers sadly passed away in October 2011, after an illustrious lifelong career studded with Michelin stars and honors from the Knight of the Order of Orange Nassau. He is perhaps best known today as the former helmsman of De Swaen, which is arguably the finest restaurant in all of Oisterwijk. It was here that Spijkers garnered a coveted two-star accolade for over seven years running. He is also known as the face of Koken met Sterren, a TV program which saw Dutch celebrities whipping up dishes under the tutelage of Spijkers and his team.

Hailing from a long line of Dutch chefs, Paul Fagel has dedicated his life to mastering the art of the Provencal kitchen. In the last 10 years he has also been diagnosed with and recovered from cancer, a life experience which resulted in an all-new healthy direction for his gourmet fare. This included the release of his cookbook Natuurrijke Kitchen, which focuses on using fresh, organic and healthy ingredients that invigorate and fortify the body. He’s also known as the mind behind the acclaimed Arsenaal Restaurant in Naarden, where you’ll find enticing à la carte dishes like potato crepe with salted caviar, and oysters dressed in leek sauce and Madagascan vanilla. 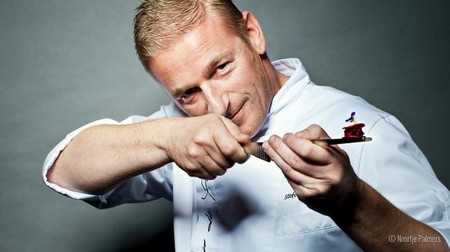 Unquestionably one of the fastest rising stars on the Dutch culinary scene, Stefan van Sprang has gone from none, to one, to two Michelin recommendations in the last six years alone, which suggests some seriously great things to come from this still relatively young culinary mind. Travelers eager to try out his creations should make a special trip to Aan de Poel in Amstelveen, where the à la carte menu touts innovative specials like David Hervé oysters, tuna sashimi platters with potent wasabi mayo, oven roasted quail and truffle-infused risotto to name just a few.

Since starting the acclaimed De Leest restaurant way back in 2002, Jacob Jan Boerma has garnered no fewer than three Michelin stars, giving him the distinguished position of being one of the only two head chefs in all of the Netherlands to achieve the absolute highest rating from the industry giant this year. Anyone eager to experience the cuisine that’s earned Boerma such high praise should make a pilgrimage to De Leest, located in the sleepy village of Vaassen in the central province of Gelderland. Here you can spend a restful weekend dining on Boerma’s exquisite seasonal menu, featuring the likes of Anjou pigeon served with red grapefruit and turbot fillets infused with winter truffles. 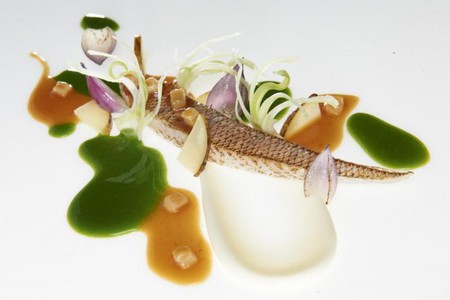 Chef Jonnie Boer also enjoys the prestige of a full three Michelin stars, and at least one star rating from the guide each year since 1993. But it doesn’t stop there for Boer either. His flagship restaurant De Librije has also garnered accolades from Gault Millau, and recommendations from hoards of other food critics from right across Europe. Quite right too, his indelible passion for regional Zwolle produce and earthy local Low Country foods, as well as his innovative hand in developing patron-crafted menus, make any menu Boer touches a starring attraction.