Stop. Before you get there. In The Netherlands...

Whether you’re planning a city break, heading down to the coast or into the great outdoors, renting a Hertz car keeps you in control of your holiday and helps you get the most from your experience. Often the journeys are as memorable as the destinations themselves; stopping off to see natural wonders and picturesque towns gives you a greater sense of connection to the country you’re visiting. With Hertz you can have just that: a hassle-free experience with a great range of vehicles to choose from, whether you want to feel the coastal breeze through your hair in a convertible, tackle winding country roads in a four-wheel drive or zoom around in a small, fun city car.

Like many other smaller settlements in North Holland, life in Monnickendam centred around fishing and shipping until relatively recently. There are still many landmarks spread throughout the village that reflect this history, such as Monnickendam’s 17th-century weigh house and picturesque harbour. A great place to stop off on the drive around Amsterdam. 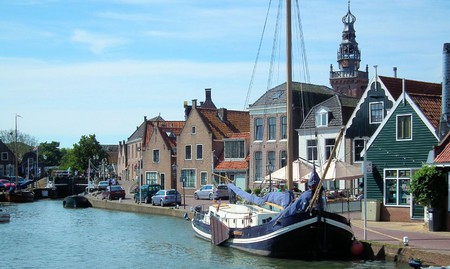 This rustic Dutch village lies around ten kilometres due north from Amsterdam and has plenty to offer curious travelers stopping off on their trip. There are dozens of national heritage sites inside Broek in Waterland, including around eighty pastel-coloured, wooden houses and a 17th-century church dedicated to Saint Nicolas.

Not one to be missed on any Netherlands trip, Amsterdam’s historic city centre revolves around a series on concentric canals that were mainly built during the 17th century. There are hundreds of other important cultural sites dotted alongside these waterways including Westerkerk, FOAM and the city’s floating flower market. 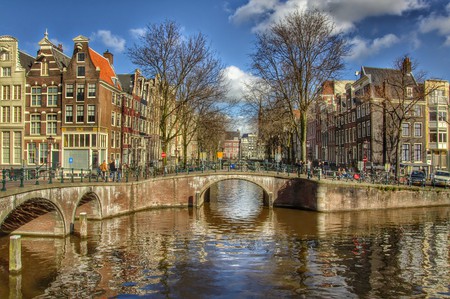 Take a well deserved pit-stop on Amsterdam’s historic canal belt at this charming hangout on Singel. Besides excellent coffee, Café Louis also serves many lunchtime staples like toasted sandwiches, salads and burgers. While there’s plenty of room inside, Café Louis also has a small canal-side terrace.

As FOAM collaborates with established and emerging photographers, there’s always a remarkable range of artwork on display inside the museum. Since launching in 2001, FOAM has worked alongside many groundbreaking contemporary artists including Ai Weiwei, Ren Hang and Helen Levitt.

Zaanse Schans and its Windmills

This popular neighbourhood in northern Zaandam features eight monumental windmills that date back to the 16th century. These colourful machines were originally located elsewhere in the Netherlands, but were moved to their current whereabouts around fifty years ago in order to create an awesome open-air museum. This truly unique and quintessentially Dutch landmark is the perfect end on your drive out of Amsterdam. 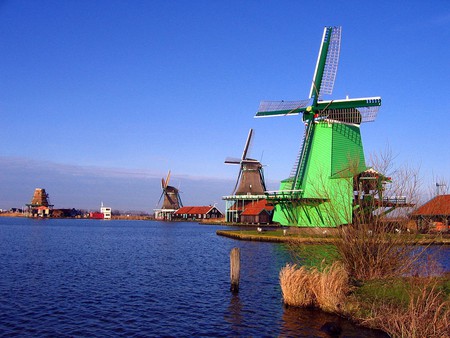