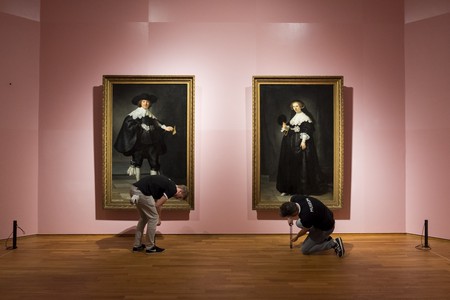 In 2015, two Rembrandt paintings made international news headlines when the Dutch and French Governments jointly bought them for €160 million from the Rothschild family. After undergoing extensive restoration, you’ll be able to see both masterpieces from Thursday March 8, 2018 at the Rijksmuseum in Amsterdam.

As the only pair of full-length portraits Rembrandt van Rijn ever painted, the wedding portraits of Marten Soolmans and Oopjen Coppit are an exceptional example of life-size portraiture by one of the most highly acclaimed painters of the Dutch Golden Age. 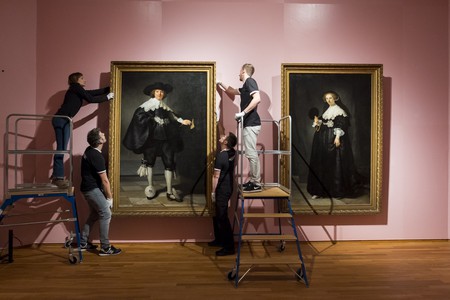 During the Eighty Years’ War, also known as the Dutch War of Independence, many refugees made their way to the Netherlands, making it one of the most prosperous parts of Europe. It was also during this time that Amsterdam became an economic hub and home to the wealthy.

In 1634, fourteen years before the end of the war, as a reflection of their exceptional wealth, the recently married Marten Soolmans and Oopjen Coppit commissioned a 28-year old Rembrandt, the most celebrated painter at the time, to paint their portraits.

At the time, the protocol was that only monarchs or dignitaries were painted in full length, while common folk or self-made citizens were relegated to partial portraits. But Rembrandt ignored this tradition, instead depicting the couple in a regal style on two-metre-high canvases. Dressed in expensive silks, as dictated by the fashion of Paris during this period, the couple exude affluence – particularly due to Oopjen’s pearl, diamond and gold jewellery – as well as pretension. 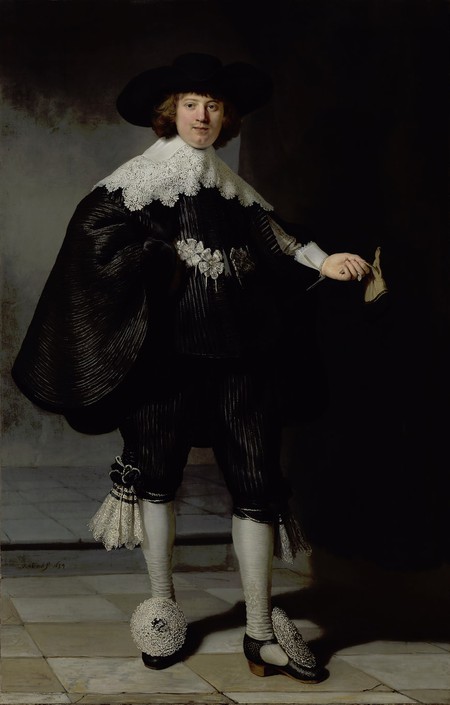 Rembrandt van Rijn, Portrait of Marten Soolmans, 1634 | Purchase of the State of the Netherlands for the Rijksmuseum

For nearly four centuries, the paintings were part of a personal collection, rarely seen or exhibited, but when they were jointly bought by the French and Dutch governments for their respective national collections at the Louvre and Rijksmuseum, it meant these remarkable examples of Rembrandt’s work could be enjoyed by the public on a greater scale than ever before.

After major restoration work, the paintings will form a key part to the Rijksmuseum’s spring blockbuster exhibition, High Society, which celebrates the full length portrait and includes the work of international artists including Cranach, Veronese, Velázquez, Reynolds, Munch and Manet. 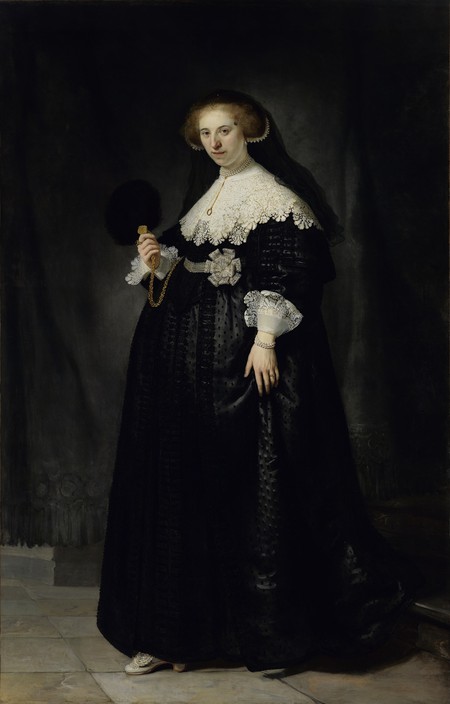 Want to stay up-to-date on the latest art news? See Picasso’s portrait of his muse and lover, Marie that smashed auction records